Students line-up for assembly at primary school in the Protection of Civilians (PoC) site in Bentiu, South Sudan, May 1, 2017. As of May 2017, the United Nations’ PoC site in Bentiu is home to more than 120,000 internally displaced South Sudanese.
© Phil Hatcher-Moore/UNICEF
Citizenship

More Than 68.5 Million People Fled War or Persecution in 2017

More people fled war or persecution in 2017 than ever before.

More than 68.5 million people fled war or persecution in 2017, a new record, according to annual figures released Tuesday by UNHCR, the UN Refugee Agency.

Of those, 25.4 million people were refugees, 52% of whom were children, according to UNHCR’s Global Trends Report. 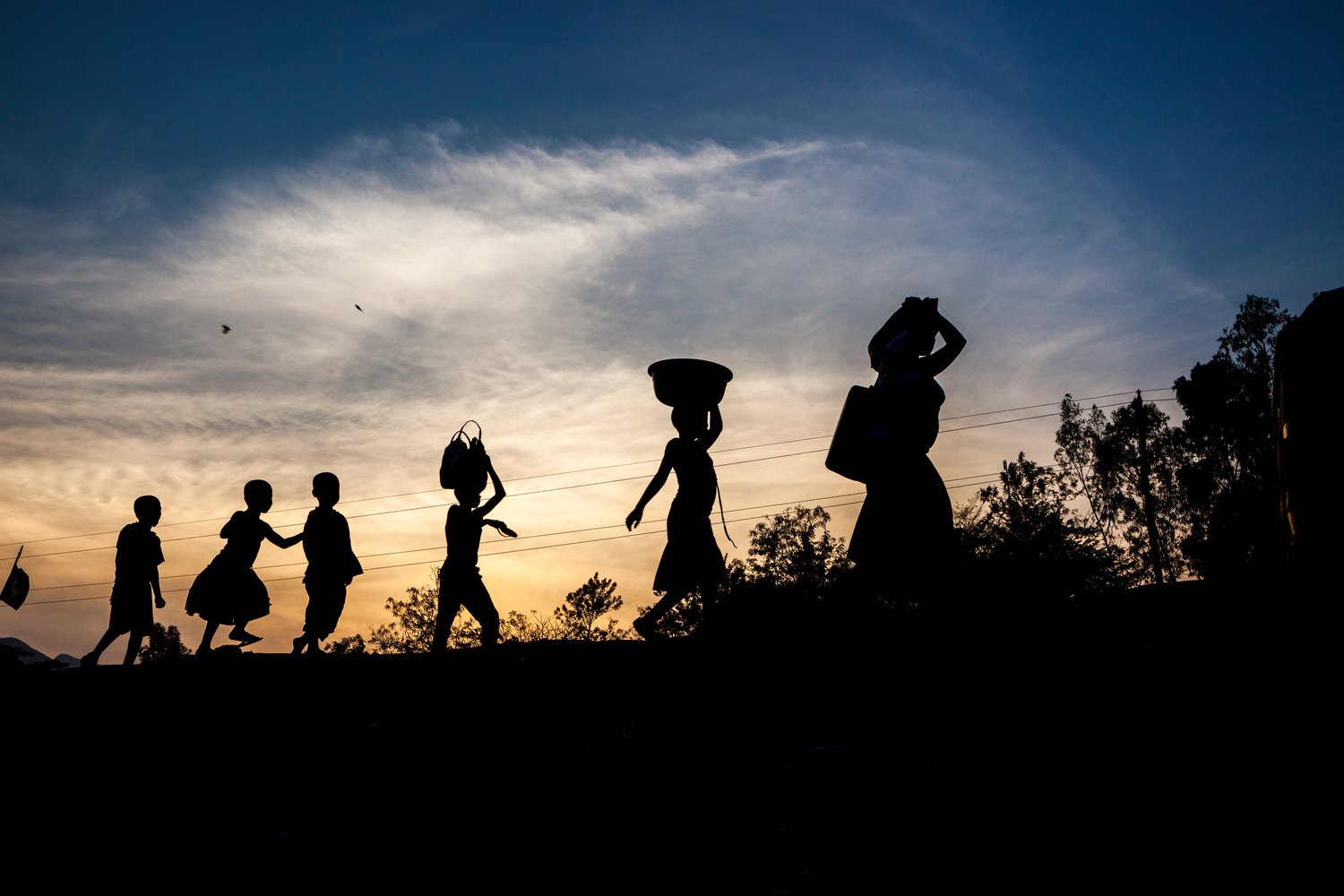 Women and children walk at sunset on a road near Uvira, Democratic Republic of the Congo (DRC), one of the main transit points for Burundian refugees crossing the border in 2016.
Image: © Eduardo Soteras Jalil/UNHCR

“We are at a watershed, where success in managing forced displacement globally requires a new and far more comprehensive approach so that countries and communities aren’t left dealing with this alone,” said Filippo Grandi, United Nations high commissioner for refugees, in reference to the record number.

The figure of 68.5 million displaced people includes 25.4 million refugees, 40 million internally displaced, and 3.1 million asylum seekers, according to the Guardian.

2/3 of all refugees come from just 5 countries.
🇸🇾 Syria
🇦🇫 Afghanistan
🇸🇸 South Sudan
🇲🇲 Myanmar
🇸🇴 Somalia
Imagine what peace in just one of those countries could mean. https://t.co/2oJw96hAtMpic.twitter.com/ZI0ghcH9sM

Five countries account for two-thirds of all refugees, per the Global Trends Report: Syria (6.3 million); Afghanistan (2.6 million); South Sudan (2.4 million); Myanmar (1.2 million); and Somalia (986,400). These numbers do not include those defined as long-term Palestinian refugees.

The Global Trends Report numbers were released following a statement earlier this week by UN Special Envoy Angelina Jolie, who noted that the agency’s appeal for Syrian refugee support continues to be underfunded.

“When UNHCR’s Syria response was only 50% funded last year, and this year it is only 17% funded, there are terrible human consequences. We should be under no illusions about this. When there is even not the bare minimum of aid, refugee families cannot receive adequate medical treatment,” Jolie said. “Women and girls are left vulnerable to sexual violence, many children cannot go to school, and we squander the opportunity of being able to invest in refugees so that they can acquire new skills and support their families.”

While Syrian refugees dominated the Global Trends Report figures, 2017 also saw a significant rise in displaced people from North and Central America, including those seeking asylum in Mexico and the US. 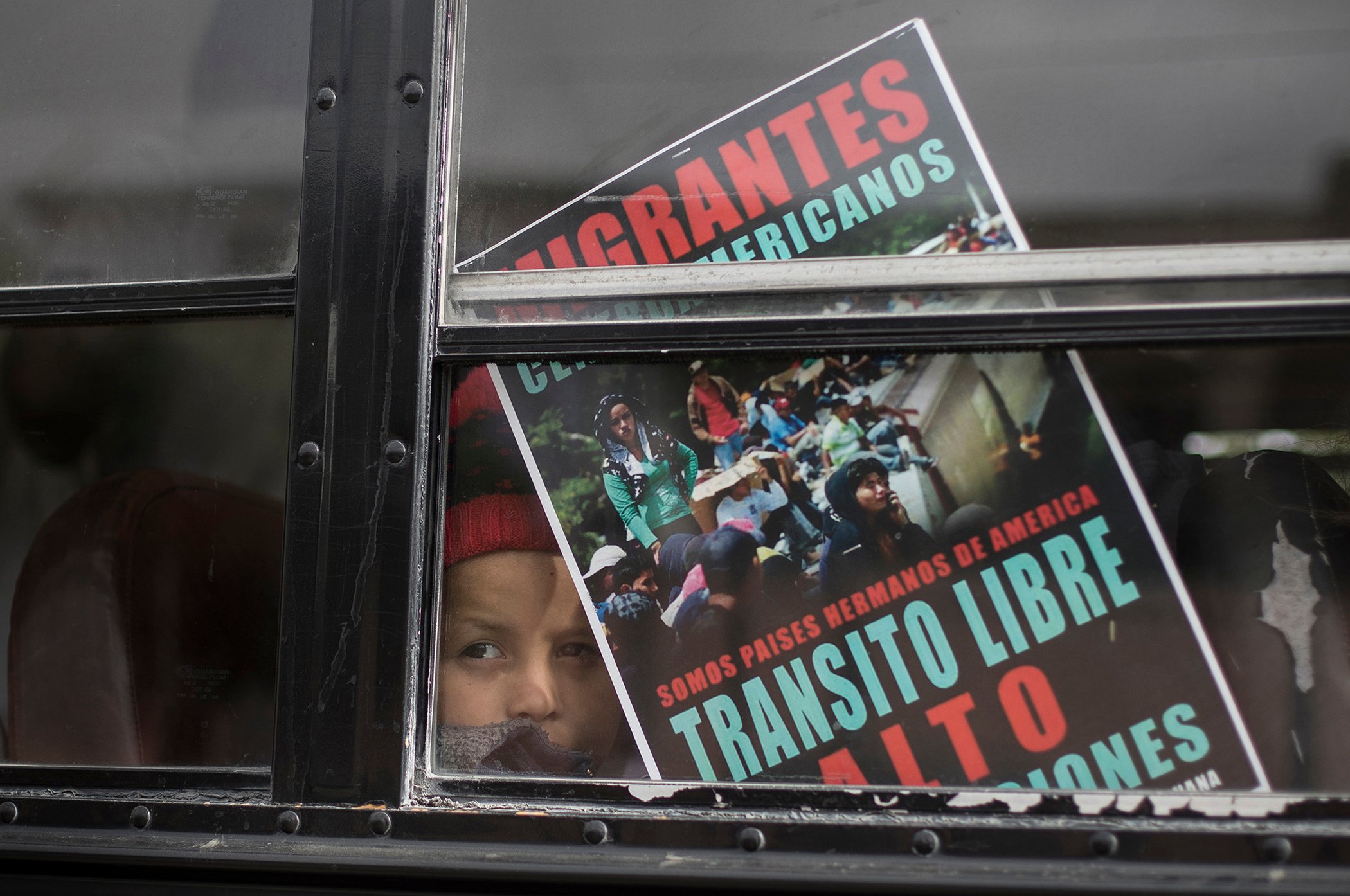 A child who is traveling with a caravan of migrants, looks out from a bus carrying the group to the border in Tijuana, Mexico, April 29, 2018. The sign reads in Spanish: We're all brother countries from the Americas. Free transit. Stop the deportations."
Image: Hans-Maximo Musielik/AP

Global Citizen campaigns to help migrants and refugees, and you can take action on this issue here.

TopicsrefugeesUNHCRrefugee crisisDisplaced peopleUN Refugee Agency
Students line-up for assembly at primary school in the Protection of Civilians (PoC) site in Bentiu, South Sudan, May 1, 2017. As of May 2017, the United Nations’ PoC site in Bentiu is home to more than 120,000 internally displaced South Sudanese.
© Phil Hatcher-Moore/UNICEF