The lives of innocent civilians must remain at the centre of the world’s conscience. 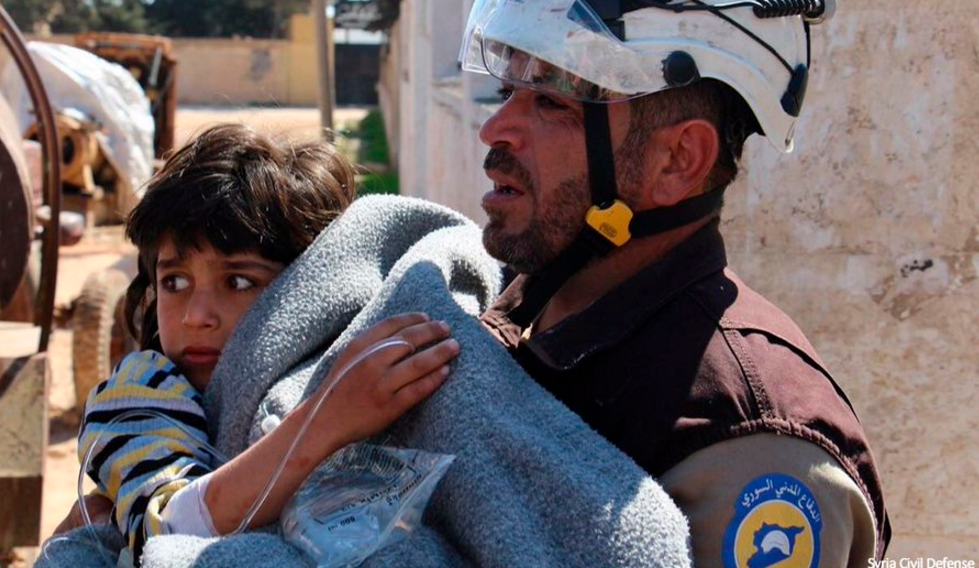 In the wake of a devastating chemical attack in the Syrian town of Khan Sheikun that killed more than 80 people, the UK is stepping up its medical response to the ongoing civil war.

Secretary of State for International Development Priti Patel announced £7 million of new funding to equip healthcare works on the ground in Syria to respond to medical emergencies.

“This was a brutal and indiscriminate attack,” Patel said in a statement. “Unleashing the horror of chemical weapons on women, children, and the defenceless is not only utterly deplorable, but it is the mark of a craven coward.”

In a harrowing report from the scene of attack, the Guardian described the atmosphere in the aftermath. One man, Abu al-Baraa witnessed the immediate impact when he rushed to help.

“People on the rooftops and in the basements,” he told the newspaper. “People on the ground in the street. Wherever you looked there were dead human beings.”

Another resident lost his wife and 9-month-old twins, Ahmed and Aya. Believing his family would be safe in the bomb shelter beneath their home, he rushed to help other victims, only to find the nerve gas had crept in and killed his family by the time he returned.

“Those responsible must be held to account,” Patel said. "And the victims must get the help they so desperately need – that is why we are providing further medical support not only for those subjected to the horrors of chemical attack, but for those countless victims of the equally deadly bombs, bullets and diseases that are devastating lives across Syria.”

#Syriacrisis: 6 years of violence. 18.5 million in need. UK has helped millions & more to be helped with medical aid https://t.co/SpwZ2ZZgDcpic.twitter.com/KCXOeKz87O

UK aid helped facilitate the immediate response to the attack. Existing support to the World Health Organisation enabled health workers to prepare for an attack of this nature. As a result, the WHO was able to quickly administer medicines like Atropine to victims, an antidote for certain types of chemical exposure, and rapidly provide further supplies and immediate medical support.

The new funding will assist three NGOs on the ground and provide a wide-range of support, from surgical equipment to mental health care, including:

- Access to clean water for 500,000 people for drinking and sanitation, to help prevent the spread of disease and sickness.

- Training for more than 400 Syrian health workers responding to the ongoing conflict.

While the chemical attack provoked a strong reaction from the international community, and decision-makers intensify negotiations to end the conflict, UK aid is working to make a tangible difference to individual lives on the ground. From Yemen to Syria or South Sudan,  it’s vital that the safety and well-being of innocent civilians remains at the centre of the world’s conscience.