And it's very important that the network includes men too.

A London-based African women’s charity is harnessing the power of music and art to provoke a conversation about issues that might otherwise have been swept aside and ignored.

FORWARD, which works across the UK, Europe, and Africa, has been campaigning against female genital mutilation (FGM), child marriage, and violence against women for over 30 years.

But now they are bringing an international network of artists, and male artists specifically, to the fight. 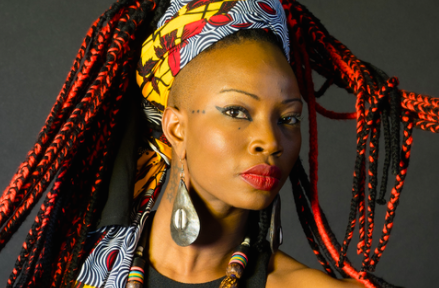 Take action:Sexist Laws Have No Place in 2018. Agree? Tell Governments to Act

Their project “Musicians Unite to End FGM” is growing in momentum, raising awareness of FGM among a wider audience, and casting a light on the uncomfortable fact that FGM is happening right now in the UK.

Some 137,000 girls and women are estimated to be living with FGM in England and Wales — and a further 144,000 girls have been identified as at risk.

“While is is our obligation to pay homage to the beset of our traditions, we must also have the bravery to confront practices which have been accepted as traditional but which have proven to be much to the detriment of then people,” said one musician involved in the project, US-based Blues musician Corey Harris, in a statement.

Read more: A Bristol Man Was Prosecuted for FGM — But Found Not Guilty

Harris, whose UK tour launches this week to mark International Women’s Day, said he was “honoured” to join the “very important” fight against FGM. 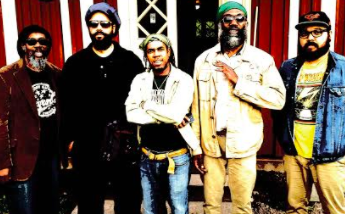 The Corey Harris Band, part of a network of musicians against FGM.
Image: FORWARD

“Let us together create a brighter future for the generations to come, one in which young girls will be free of the painful and destructive legacy that is FGM,” he said.

There is a very good reason that FORWARD primarily with male artists in the project — because FGM is seen mainly as a “women’s issue.”

“Men rarely interfere and so their views on the practice are often unclear,” said Naomi Reid, FORWARD’s Projects and Events Manager.

Read more: FGM Happens in the UK, But Is Obscured by a Very British Silence

“When some of the reasons for the practice of FGM include increasing men’s sexual pleasure, controlling women’s sexuality, maintaining virginity, and ensuring marriageability of girls, it is imperative that we hear from men on this issue and encourage more men to join us in saying no to FGM for future generations,” she added.

Reid said that artists have “a unique power to inspire people and influence decision makers, like traditional or religious leaders, and parents in FGM-affected communities.”

“We believe in the power of music to spread positive messages and make positive changes in society,” she said, adding that the organisation hopes to inspire action to end FGM, and engage with FGM-affected communities.

The UK government has identified a number of communities as being most at risk, including Kenyan, Somali, Sudanese, Sierra Leonean, Egyptian, Nigerian, and Eritrean. Non-African communities include Yemeni, Afghani, Kurdish, Indonesian, and Pakistani.

The Iranian and Kurdish Women’s Rights Organisation (IKWRO) released new figures that show there has been a nearly fivefold increase in reports of alleged FGM to police forces in the UK, according to the Guardian.

The rise of cases being reported comes after the launch of legislation making it mandatory for health and social care professionals and teachers to report concerns about FGM, in October 2015.

Diana Nammi, executive director of IKWRO, said: “While I am encouraged that the statistics show more cases of FGM than ever before are being reported to the police, following the introduction of mandatory reporting, I am extremely concerned that we are not seeing more cases progress through the criminal justice system.”

Read more: Somaliland Is On Its Way to (Mostly) Banning FGM

According to the Crown Prosecution Service, just 36 cases of alleged FGM have been referred since 2010. And, despite FGM being illegal in the UK since 1985, there is still yet to be a successful prosecution.

A case that was thrown out by a judge in Bristol last month was only the second-ever prosecution attempt. A third trial is set to open at the Old Bailey next week, brought by the Metropolitan police.

Global Citizen campaigns to achieve the UN’s Global Goals, which include action on gender equality. You can join us by taking action here to call on world leaders in the run-up to the Commonwealth Summit in London to take action on eliminating laws that discriminate against women and girls.

The Corey Harris UK tour begins with a performance on March 8 at Hackney Attic, at an event entitled “The Power of Music: Artists Using Conversation and Music for Social Change.”

Corey Harris, NKA1, and Tunde from Congolese hip hop group Lopango ya Banka, and UK-based rapper Sharna Cane, will be interviewed by journalist Ade Daramy on how music can raise awareness and drive social change.

For more information about “Musicians Unite to End FGM,” visit the website here.