The decision comes only weeks before the camp is set to be closed down completely. 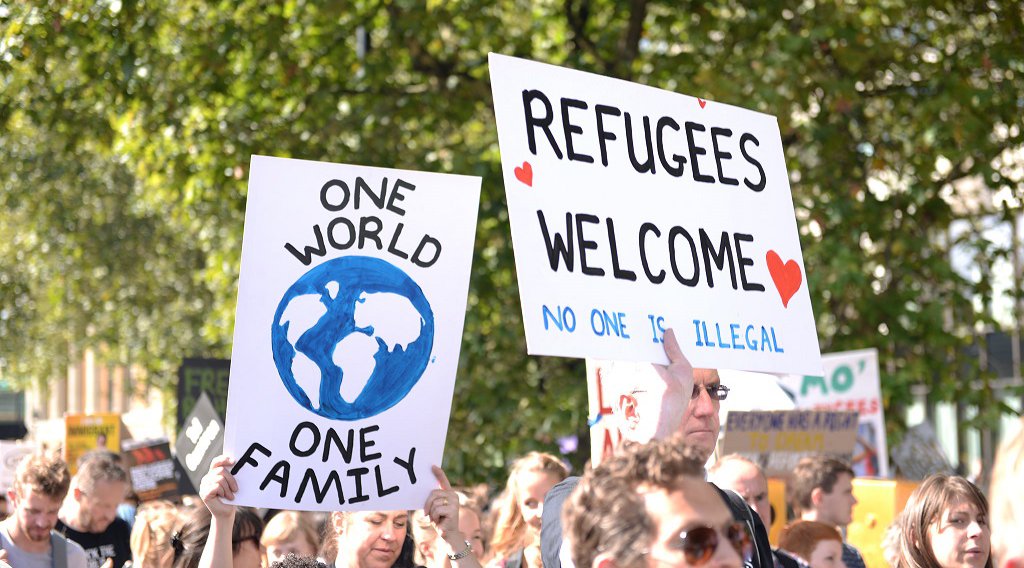 The UK’s Home Secretary Amber Rudd has announced that the UK will accept lone child refugees from France's Calais "Jungle," just weeks before the unofficial camp is set to be demolished.

The decision follows months of continued pressure from MPs, charities, activists, and citizens across Britain in support of Lord Dubs’ plea for the UK government to take its fair share of unaccompanied child refugees.

Rudd announced the commitment during Monday’s parliamentary Question Time, after MPs pressed the Home Secretary on whether the government would respond to the urgent need to transfer hundreds of child refugees to the UK before the unofficial camp is shut down.

According to Citizens UK, there are at  least 387 lone children in Calais with a legal right to come to the UK. Any further delay could leave these children more at risk of child trafficking and abuse, so it is vital that their cases are processed with urgency. When a section of the camp was demolished in March, 129 children are reported to have gone missing.

In her address to parliament, Rudd explained the government’s plans to work with the French government to ensure that all the children eligible for resettlement in the UK would be transferred to the country as quickly as possible. Relaying her conversation with Bernard Cazeneuve, her French counterpart, Rudd said:

“I emphasised to Monsieur Cazeneuve that we should transfer as many minors as possible from the camp eligible under the Dublin regulation before clearance commences, with the remainder coming over within the next few days of operation.”

This is welcome news and highlights the unwavering commitment of organisations and individuals across the country to ensure unaccompanied child refugees reach safety. An open letter  signed by senior religious figures, including the Secretary General of the Muslim Council of Britain and the former Archbishop of Canterbury, urged Prime Minister Theresa May to respond to the need in Calais before it was too late.

“We are now just days away from the start of the full demolition of the Calais camp. None of us want the Calais 'Jungle’ to exist. It is a stain on the conscience of both France and Britain. But in haste to clear it the need to protect children is even more paramount… The time to act is now," the letter read.

Read More: The Calais Sessions: How A Group of Refugees Produced a Record in "The Jungle"

“The commitment for the first time to take additional children from Calais under the Dubs amendment is also an important one – but we need to know how many and how fast, and what will happen to them when the camp is cleared next week.”