The nation has become overwhelmed with South Sudanese refugees.

Young children wait to be processed at the Busia collection point near the Uganda/South Sudan border before their final destination of the Impvepi Refugee Camp in Busia, Uganda.
Flickr/UNMISS

Caught between mounting famine and an ongoing civil conflict, many South Sudanese have been forced to flee into Uganda.

Now, the influx of 1 million people has led to massive resource and food shortages within Uganda,  ABC reports.

Take Action: Tweet the US Government and Ask Them to Fully Fund Food Aid.

Every day for the past year, an average of 1,800 South Sudanese have arrived in Uganda. Another 1 million are displaced in Sudan, Ethiopia, Kenya, Congo and Central African Republic, according to the United Nations High Commissioner for Refugees (UNHCR).

An estimated 85% of Uganda’s South Sudanese refugees are women and children seeking shelter from violence in their home country. 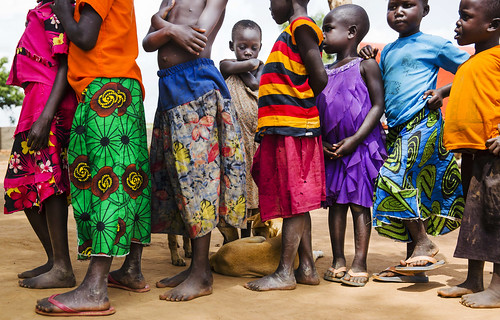 If necessary aid is not sent to Uganda, refugees “may return to South Sudan and take part in the conflict,” Enid Kabasinguzi Ocaya, an official at World Vision, the largest food provider for refugees in Uganda, said in a statement.

Global Citizen campaigns for the safety and equality of refugees everywhere. You can take action to support refugees here.

A fundraising event hosted by Uganda in June failed to secure the $2 billion in donations needed to support displaced South Sudanese people and the nations that house them.

Read More: This Stunning Graphic Novel About Famine in South Sudan Is a Must Read

“With no resolution to the conflict in South Sudan in sight, refugees will continue to flee to Uganda and the humanitarian crisis will only escalate,” Sarah Jackson, an Amnesty International official in Uganda, said.

Refugees in Uganda are normally given plots of land and temporary homes in the hopes they will not only start new lives, but eventually contribute to Uganda’s economy. But without help from the international community, Uganda has become overwhelmed and unable to provide for the new displaced people within their borders.

South Sudan, for its part, has been embroiled in a civil war since 2013, following President Salva Kiir’s accusation that his former vice-president, Riek Machar, plotted to overthrow him. 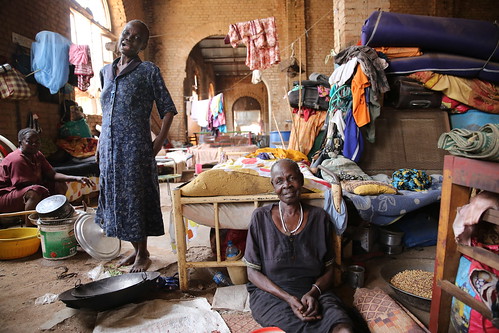 Despite multiple attempts at ceasefires and peace agreements, the violence has continued to rage.

"Recent arrivals continue to speak of barbaric violence, with armed groups reportedly burning down houses with civilians inside, people being killed in front of family members, sexual assaults of women and girls and kidnapping of boys for forced conscription," the UN statement read.

Furthermore, a lack of rainfall led to crop failures in 2016, threatening 40% of the population with food insecurity.

The UN and the International Committee of The Red Cross are calling on the international community to donate more to humanitarian assistance so that Uganda can adequately provide for those displaced by poverty, famine, and violence.