Two women turn plastic to food with a powerful mushroom

You’ll never guess what they call it. 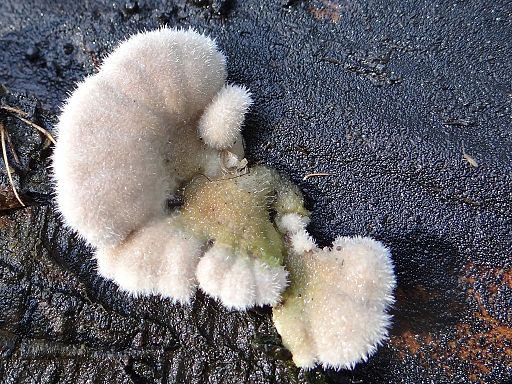 There’s a lot of plastic in the world. So much that it seems overwhelming to comprehend and figure out what the world will do with the tens of billion tonnes of plastic waste produced each year. However, there are innovative solutions popping up each day, like cleaning up the Great Pacific Garbage Patch! Another such inspiring solution “stems” from a rare mushroom and it just might save the planet, by solving the plastic problem and another. Here’s how this got started.

In 2012, researcher at Yale University discovered Pestalotiopsis microspora--a type of mushroom that can survive solely by digesting polyurethane.

It’s been found in Ecuador and on leaves in Buenos Aires and is being studied by scientists for multiple uses, including ridding the world of plastic!

Researchers at Yale found that for this rare mushroom and others, it takes a bit of time, research, and training to get the mushrooms to learn to love eating plastic. After this discovery, two women worked on researching more common types of mushrooms to digest plastic. And they found something incredible!

There are more types of mushrooms which have a solid appetite for plastic too and are much more common--growing in nearly all regions except the Arctic.

Katharina Unger, an Austrian designer had the idea to take this plastic consuming mushroom full circle. She worked with Julia Kaisinger at Utrecht University to create an edible mushroom that consumes plastic.

The two twenty-something creatives used Pleurotus ostreatus aka the oyster mushroom and Schizophyllum commune (which is considered undesirable and listed as inedible in the UK and US but consumed throughout Mexico and India) to develop a food that could change the world and save the planet.

The crazy white cups you see in the video above are made from agar (seaweed gelatin), glucose, and starch and function to hold everything together. Unger places plastic into the cups, then drops in the mycelium from the fungi into the cups. The mycelium (fuzzy white stuff in the video) digests the plastic while growing into full mushrooms, thus creating a totally edible fungi food grown off of plastic. Because the fungi don’t store toxic materials from the plastic when it’s digested, the leftovers are safe to eat.

Mind blown! A mushroom that eats plastic that humans can eat? Now that’s a product beyond sustainable.

What do they call the food created from this awesome fungi?

It’s called an “FU”. And it’s not made in your typical kitchen. Check out the video below to see the making and research that got these two women to the final product.

FUs were created because Unger and Kaisinger believe, “Food production has to be revolutionized and more technologies are needed to farm under extreme environmental conditions.”

And they’re right, as the world’s population grows and effects of climate change lead to more hostile environments, humans will need to adjust and turn to alternative and sustainable methods of food production.

While you can’t eat find these mushrooms at any restaurants yet (they are still in the R&D phase) you can check out the futuristic gallery of edible “FU”s here.

Can’t wait to see what else comes from these two innovative women, and these incredible mushrooms.