The Trump Administration Is Planning to Slash UN Program Funding by Half: Report

Trump wants to cut peacekeeping and aid while building up the military. 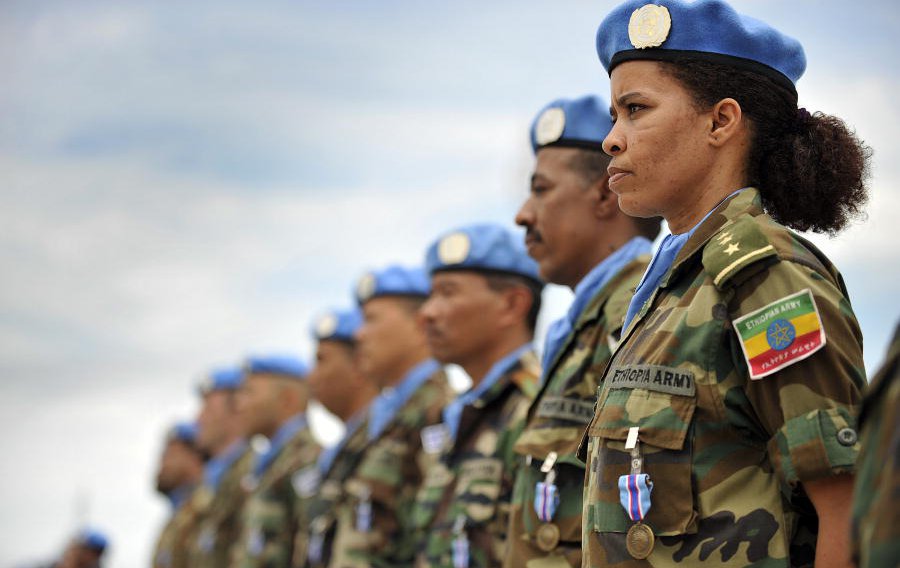 President Donald Trump wants to cut funding for United Nations programs by more than 50%, a proposal that would devastate the work of the UN in peacekeeping operations, vaccine disbursement, and nuclear weapons monitoring programs, according to a report.

The US currently spends about $10 billion a year on the UN and funds more than 20% of its budget, in addition to funding other humanitarian programs. Altogether, foreign aid makes up less than 1% of the US federal budget goes to aid funding every year.

According to the Foreign Policy report, the cuts would most dramatically affect peacekeeping, UNICEF, and the UN Development Programme. The World Food Programme and UN refugee  could face cuts as well.

Trump is expected to formally announce his 2018 budget on Friday.

Significantly, the cuts come at the same time Trump wants to increase military spending instead.

Trump’s budget is facing opposition from both Republicans and Democrats over the president’s proposed cuts to the State Department.

Senate Majority Leader Mitch McConnell (R-KY) said the president’s budget is “probably not” going to be passed, while Senator Lindsey Graham (R-SC) responded saying that Trump’s budget would be “dead on arrival” explaining that if Trump limits the State Department’s ability to exercise soft power, he is “never going to win the war.”

"The diplomatic portion of the federal budget is very important and you get results a lot cheaper frequently than you do on the defense side," McConnell said. "So speaking for myself, I'm not in favor of reducing the (foreign aid) account to that extent."

The shift from funding peacekeeping to spending money building up military capability is concerning, according to experts like Richard Gowan of the European Council on Foreign Relations, who told Foreign Policy the UN cuts could bring “chaos.”

Cutting funding to the UN could bring about “the breakdown of the international humanitarian system as we know it,” he said.

The Trump administration let officials know this week that they should prepare outlines on how the cuts could be implemented; for example, the State Department was told to figure out how to cut $1 billion from the $2.5 billion it spends on UN peacekeeping operations each year.

Read More: The Real Effects of the Global Gag Rule, According to a Women’s Health Expert

Nikki Haley, ambassador to the UN, has mentioned the mission in South Sudan as a possible place to make cuts. South Sudan is one of the world’s many crisis points right now. More than 31,000 refugees have fled the country’s worsening civil war so far this year. The country is also on the brink of famine.