Some are saying the SCOTUS decision could create a logistical nightmare for refugees. 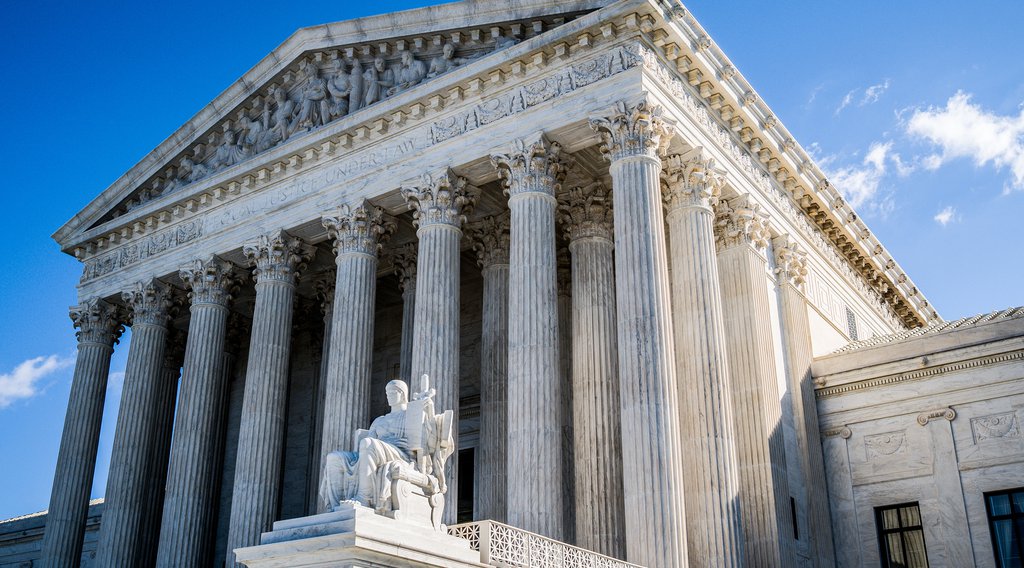 President Donald Trump scored a “partial victory” today after the United States Supreme Court ruled that parts of his “travel ban” could go into effect after being blocked by lower courts.

The nation’s highest court will also give the ban a full hearing in October.

The ban has been a lightning rod of controversy since the Trump administration first tried to enact a version of it days after he took office in January and tried to block immigrants from seven Muslim-majority countries from entering the US. That ban was quickly blocked by courts.

The initial ban was later replaced with an updated version by the White House in March that blocked immigrants from six countries, removing Iraq from the list. That is the version the Supreme Court will consider in October.

Take Action: Your Words Can Make a Difference. Write a Letter to a Refugee Today.

In an unsigned opinion released this morning, the Supreme Court said that the president’s March 7 Executive Order “may not be enforced against foreign nationals who have a credible claim of a bona fide relationship with a person or entity in the United States,” but that “all other foreign nationals are subject to the provisions of [the Executive Order].”

This decision will make it harder for many refugees and foreign nationals to be granted entry into the United States, and could lead to further debate over the wording of the lower court decisions.

In essence, this ruling will affect individuals seeking to come to the US, but who have no family, business, or other ties to the country, according to The New York Times.

This decision came several weeks after the Trump administration requested that the Supreme Court lift the entirety of the temporary block on the ban, which had been almost immediately blocked by lower courts in Hawaii and Maryland.

Read More: It's Official: Trump's Travel Ban Is Headed to the Supreme Court

For refugees seeking asylum in the United States, the Supreme Court’s ruling could create a situation in which the language of the court’s decision is debated at the cost of human lives, some have argued.

It's still a #MuslimBan. It's still wrong.  And it will soon become a bureaucratic nightmare. #NoBanNoWallNoRaidshttps://t.co/4B2xmVHHmi

But conservative justices argued that the decision did not go far enough in revoking the block on the travel ban, saying the decision would create further administrative challenges.

In a dissention to part of the court’s decision, Justice Clarence Thomas wrote that “the court’s remedy will prove unworkable” and that “today’s compromise will burden executive officials with the task of deciding — on peril of contempt — whether individuals from the six affected nations who wish to enter the United States have a sufficient connection to a person or entity in this country.”

Thomas, along with justices Samuel Alito and Neil Gorsuch, argued that the Supreme Court should have completely lifted the stay on the travel ban, which would have allowed the ban to go fully into effect.

Read More: For Many Refugees, Trump's Travel Ban Is a Death Sentence

The American Civil Liberties Union (ACLU), which has been a vocal opponent of both versions of the travel ban, took to Twitter to assure its commitment to fighting the travel ban in any and all forms.

“We’ll see him in court,” the organization wrote on Twitter.

We'll see him in court. #NoMuslimBanEVER

Now, this court date seems to be all but set, and hundreds of thousands of lives hang in the balance.