The Philippines has a long history of corruption and grinding poverty. 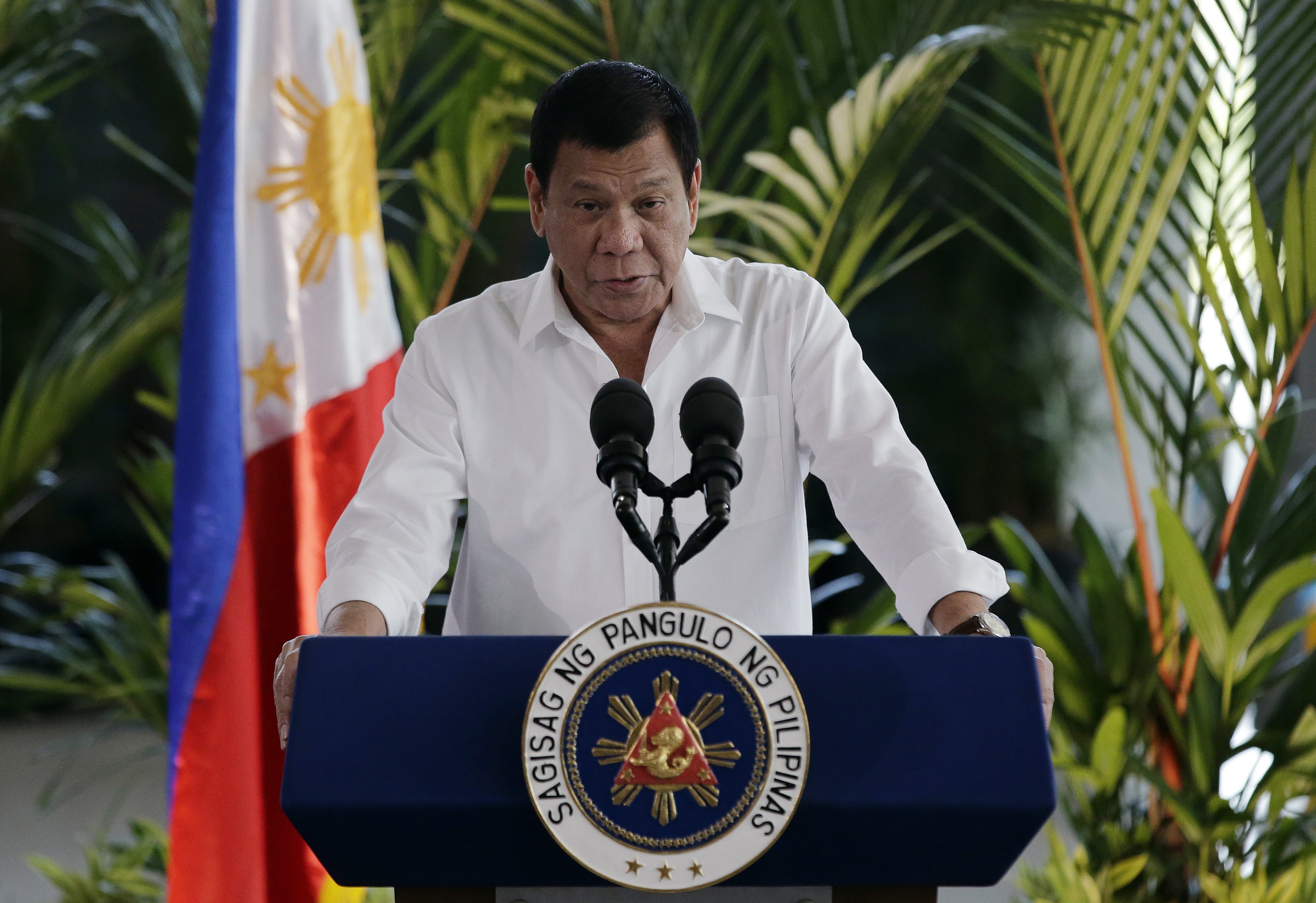 In the final week of April, US President Donald Trump gave the President of the Philippines, Rodrigo Duterte, a call to encourage him on his campaign to eradicate drug use.

“Keep up the good work,” Trump told Duterte, according to a transcript of the conversation obtained by The Intercept this week. “You are doing an amazing job.”

“Good work” and “amazing job” are not the phrases that often come to mind when describing Duterte’s self-professed war on drugs.

Duterte has been accused by human rights organizations and the United Nations of waging a “murderous war on the poor,” which has killed more than 7,000 purported drug users and sellers in the first seven months of his presidency — more than 1,000 per month.

Read More: Why the Inquiry Into Trump and Russia Is Critical for Global Democracy

Many of these murders have been carried out by self-deputized “death squads” that Duterte popularized as the mayor of Davao, many of the victims have had evidence planted on them after being killed within their own homes and dragged into the street, and many within the police force are profiting from this massacre and from secret detention and torture centers.

Duterte himself has vowed to slaughter every last drug user, compared himself to Hitler, and bragged about personally murdering people.

None of this is mentioned in the casual phone call, which seems designed to re-establish diplomatic ties with the leader who, after lashing out at former president Barack Obama, said he was going to turn away from the US and toward China for economic support.

After all, the US is the Philippines’ third-largest trading partner and two-way trade between the countries has increased by 25% over the past two decades.

But, according to critics of the call, the controversial events surrounding the conversation cannot be overlooked.

“Endorsing his methods is a celebration of the death of the poor and vulnerable,” John Sifton, the Asia advocacy director for Human Rights Watch, told The Intercept.

Trump’s tacit endorsement of the leader accords with his secretary of state’s position on human rights — that there are more important issues and it shouldn’t be focused on.

His warm words don’t delve into specifics — he vaguely praises Duterte for empowering law enforcement and for tackling drugs, stances that his own attorney general, Jeff Sessions, has embraced (in far less sensational ways), and for the way that Duterte, like Trump, came to power on a wave anti-establishment sentiment.

Which begs the question — how did feelings toward the “establishment” sour so much that such a brutal strongman could be elected president? And how does Duterte still have an approval rating that hovers around 80%?

The Philippines, it turns out, has a long history of corruption and grinding poverty that has eroded public trust in institutions.

Transparency International ranks it the 35th most corrupt country in the world and the ASEAN Trade Union Council says that it has the highest rate of economic and social inequality in Asia.

The Philippines had a poverty rate of 21.6% in 2015, and many Filipinos end up working abroad to send money home to relatives, making it the 3rd biggest recipient of remittances in the world.

Read More: These Are the Worst Countries to Be a Journalist Today

Many within the country see pervasive corruption as the driver of persistent inequality. Duterte’s predecessor Benigno Aquino managed to become president with the slogan “If there’s no corruption, there’s no poverty.”

Aquino vowed to fight the “pork-barrel” politics of the Padrino system, a seemingly impenetrable network of nepotism and cronyism, that has dominated Filipino government ever since the US granted the island nation independence and oligarchic families filled the power vacuum.

This inequality was most pronounced during the reign of the dictator Ferdinand Marcos, who violently cracked down on dissidents, but it continued after democracy was established in 1986 and ensuing presidents from elite backgrounds enforced the status quo of cronyism.

Benigno Aquino was another member of the political elite — his mother ruled the country following Marcos’ 20-year rule — and although he oversaw economic growth and some crackdowns on corruption, his reputation went south after failing to sufficiently address a multi-million dollar corruption scandal involving scores of politicians.

Duterte was able to rise to power attacking the elite and corruption. Now, he is taking advantage of this very lack of institutional credibility to enact his own agenda — one far bloodier than any of his predecessors attempted.

Rather than introduce poverty-fighting measures, Duterte, who got his first taste of politics during the Marcos reign, is deepening poverty by expanding his violent and extrajudicial campaign against drugs in the country’s poorest neighborhoods.

Indeed, there seems to be two different wars on drugs happening.

The poor have their homes raided and are killed without trial. The poor are extorted for bribes to save loved ones. The poor are deprived of mothers and fathers, sisters and brothers, who earn incomes that keep families afloat. The poor are forced to pay for funerals that they can’t afford.

Meanwhile, the wealthy live in neighborhoods where vigilante gangs don’t roam. When the wealthy are arrested, police follow arrest warrant protocols. And the president himself has said the the drugs favored by the rich — cocaine and heroin — are less of a priority than the main drug consumed by the poor — Shabu, a methamphetamine.

Prisons are overflowing with alleged drug offenders, the country’s main critic of this war on drugs has been jailed, and the rule of law has essentially been suspended. If Duterte wants to eradicate drugs, an estimated 2% of the population will have to be erased from society.

As all this happens, 50% of the country’s families consider themselves poor. Meanwhile, the country’s economy is still thrumming along nicely, growing by 6.4% in the first quarter of 2017.

Clearly, Duterte is not a leader anyone should look up to — his tactics defy the principals of democracy that the US was founded on.