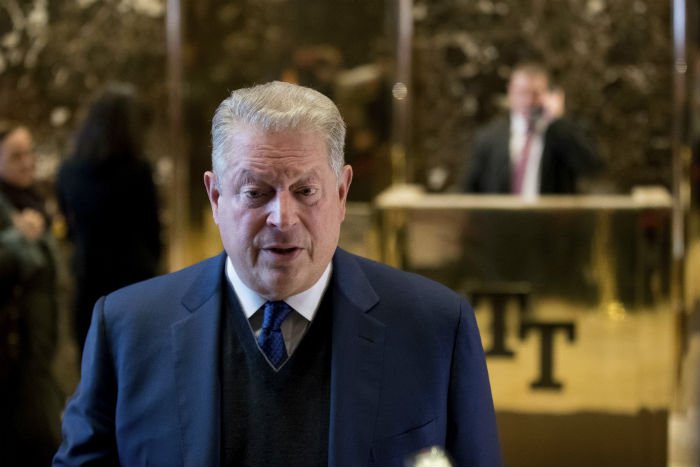 A surprising and mysterious meeting set up by Ivanka Trump between President-elect Donald Trump and climate change activist Al Gore leaves environmentalists hopeful that Trump could be more open-minded to changing his mind that “climate change is a hoax created by China.”

Gore first met with Ivanka, future first daughter, who has advocated for paid parental leave and pay parity and is more open to the issue of climate change. Then Gore met with Trump for about 90 minutes at Trump Tower in Manhattan on Monday.

“I had a lengthy and very productive session with the president-elect. It was a sincere search for areas of common ground,” said Gore.

According to the Washington Post, Gore was under the impression the meeting would be solely with Ivanka Trump, who has met with other prominent environmental figureheads such as Leonardo DiCaprio.

While the details of the encounter remain private, the meeting itself is promising that the president-elect will indeed listen to expert advice on climate change.

Thank you, @algore, for speaking to @realDonaldTrump. I hope you were as persuasive as you've ever been: https://t.co/DvMwvzLZs2

Al Gore found it "an extremely interesting conversation" w/ Donald Trump regarding climate change. Hope Al Gore got through to him.

Trump’s stance on climate change has been all over the place.

During his campaign, Trump denied the existence of climate change calling the scientific connection between human activity and the warming of the planet everything from “nonexistent” to “a big scam.”

Yet, after the election he said in an interview he could be inclined to maintain an “open mind” on the subject. However, his chief of staff remained firm that a Trump administration will continue to deny climate change. He also chose Myron Ebell — a long time opponent of climate science and regulating greenhouse gas emissions — to lead the transition team for the Environmental Protection Agency.

Still, between meetings with Al Gore, messages from the Pope, and Ivanka Trump’s potential push for Trump to at least believe in climate change, there remains a shiny sliver of hope Trump will not demolish the US climate change agenda, including pulling out of the Paris Agreement.

“I found it an extremely interesting conversation, and to be continued, and I'm just going to leave it at that,” said Gore of their discussion.