"Education has literally saved my life." 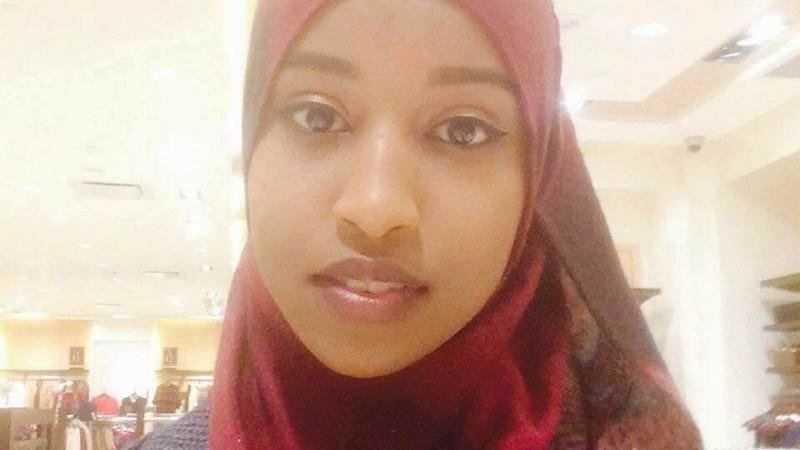 When Fatuma Omar Ismail was just 7 years old, she and her family fled civil war in Kismayo, in her home country of Somalia. They ended up in Dadaab, Kenya, in the world’s largest refugee camp.

She spent most of her childhood and adolescence there. Life in the camp was difficult, and Omar Ismail said that it almost broke her.

But one thing gave her hope for a better future: attending school.

"Education has literally saved my life," she said in an interview with World Vision Canada. "Although I struggled to find time for my studies, I was a dedicated student."

Because Omar Ismail was one of the top performing students in the national primary examination, she was admitted to a high school in Nairobi, and later received a full scholarship through the Kenya Education Fund.

From there, she would go on to earn a scholarship from global development organization World University Services Canada that covered her first year at the University of Toronto.

Read More: Schools Around the World Have Suffered More Than 12,000 Attacks in the Past 5 Years

Omar Ismail now studies health science at U of T, and she works part-time on campus to support her family back in Dadaab as much as possible.

Last month, Prime Minister Justin Trudeau said that he will push for more funding for girls’ education at this year’s G7 Summit, but a financial commitment has not yet been announced.

"Gender equality must play a key role in creating lasting solutions to the challenges we face as a world — whether building economies that work for everyone, preparing for jobs of the future, fighting climate change, or advancing peace and security," he said in a statement. "Investing in girls’ education, especially in crisis situations, is a vital part of making that a reality."

Omar Ismail believes the upcoming G7 Summit will provide Canada with an opportunity to champion education of girls in crises and gender equality on the global stage.

That is why the 25-year-old launched a Change.org petition calling on Prime Minister Trudeau to make education of girls in crises a priority at this year’s G7 Summit. The petition has garnered more than 25,000 signatures at the time of writing.

Omar Ismail hopes her petition will lead to a G7 Declaration to Educate and Empower Girls in Crises that will include solid financial commitments.

Read More: In a Village Where Many Girls Don't Go to School, She Broke Free

More than 130 million girls are out of school around the world. Conflict remains a barrier to education for all children, but it greatly affects girls and women.

In fact, girls are 90% more likely to be out of secondary school in areas of conflict than those living without violence, according to Malala Fund.

Extreme poverty and environmental disasters like long-lasting droughts are other examples of crises that affect girls’ access to education.

Read More: Why Girls Are Often Left Behind When It Comes to Education

Last month, a group of NGOs presented the Liberal government with a detailed plan of how an investment of $1.3 billion over three years would help send millions of the world's poorest girls to school. You can learn more about it here.

Omar Ismail knows firsthand the role education can play in uplifting girls in times of crises.

Her hope for a better future through education kept her moving forward, and she’s  just one example of why supporting girls’ education in times of crises is so important.

Read More: This Refugee School Is Giving Hope and Free Education to Kids in Uganda

Global Citizen campaigns on the United Nations Sustainable Development Goals, including issues related to education and gender equality. We partner with organizations like World Vision to share stories like Omar Ismail’s, and promote actions that will help put an end to extreme poverty. You can take action here.

The interview and information about Fatuma Omar Ismail was provided by World Vision Canada.