Why Canada’s gender-neutral IDs are such a big deal 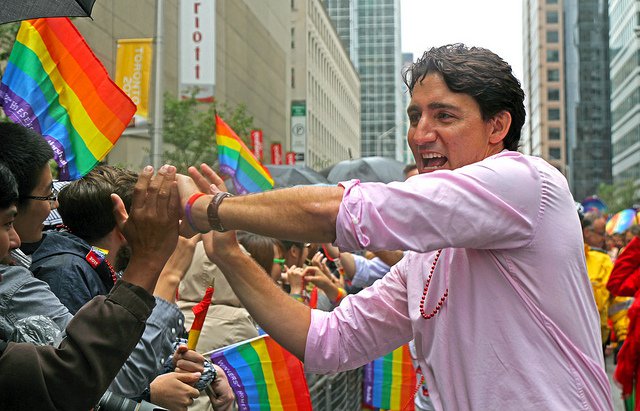 “That's part of the great arc of history sweeping toward justice," declared Trudeau in a televised interview.

Justin Trudeau at pride is my favourite thing pic.twitter.com/V4oXwgBSNS

A Canadian government spokesperson confirmed to CBC News that identity documents will be changed to no longer exclude those “whose gender identity does not meet the binary standard.” Last week, Ontario announced a third gender option, “X”, instead of “M” or “F,” on driver’s licenses, which will go into effect in 2017.

This is a huge step for the international LGBT community – currently, Australia, Nepal, and New Zealand are the only countries to offer an option for people who fall outside the gender binary.

Canada has made many changes that are good for the LGBT population. Last month, the celibacy requirement for gay men who want to donate blood was reduced from five years to one year. Trudeau argues that this change is “not good enough” and will be advocating for the ban to be reduced further.

In 2005, Canada became the fourth country in the world to declare same-sex marriage legal nationwide, and the first to do so without a residency permit.

Trudeau’s progressive policies have endeared him to many across the globe, from his relatively gender-balanced cabinet – in his words, “because it’s 2015” – to his dedication to helping the indigenous groups in his country.

It may seem like a small step, but for non-binary and genderqueer individuals it is a huge and relevant change. In a fiercely gendered world, it is difficult to assert an identity that doesn’t fit into the binary, especially when the government doesn’t legally acknowledge your existence.

Thanks to the leading-edge policies of Trudeau, people of all gender identities can feel welcome in Canada. The global community should look to Canada as a leader in acceptance and equality in the LGBT sphere – they’re setting an important example to follow.