Transgender Marriage is Now Legal Under Sharia Law in Pakistan

In a country so influenced by religious bodies, this is a positive step toward equality. 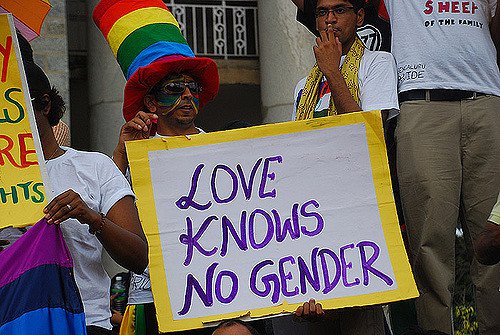 In a progressive move, the Sharia Board of Pakistan has issued a fatwa, or a decree, giving transgender people marriage, inheritance, and funeral rights under Islamic law.

The decree also gives transgender people the right to inheritance under Islamic law, and the right to be buried according to Islamic rituals.

While it is not specified what “indications” the fatwa is referring to, transgender communities in Pakistan have welcomed this move, vowing to petition courts to make the fatwa legal.

Islamic authorities often issue fatwas as per Islamic law, but these fatwas don’t have any legal standing unless they are officially adopted by the government. Not all suggestions given by these bodies are welcomed by the people.

“Transgender people face unique legal issues with regard to marriage. We at Trans-Action Alliance welcome this Fatwa. This is what we were lobbying and asking for. If the government of Pakistan is issuing identity documents of ‘female transgender and male transgender’ then they should be given the right to marriage,” said Fata Farzana, Trans-Action Alliance President for the Khyber Pakhtunkhwa province, according to The News.

The Sharia Board said that the fatwa should be made formal through legislation, and that it is the government's duty to protect the marginalized community.

Classifying discrimination against transgendered people a sin, it also says that families that abandon their gender variant children are committing a sin, and will be questioned by Allah.

However, the fatwa has ruled that a transgender person with visible signs of both genders may not marry anyone. Homosexuality is also illegal in Pakistan, and is punishable by life imprisonment.

A third gender is widely recognised in South Asia under the blanket term “hijra”, used for people who identify as transsexuals, cross-dressers, transvestites, eunuchs, and transgenders. Hijras are also officially and legally recognized by the Pakistani government as a third gender, including on passports and other official documents.

Did you know that in the #Muslim nation of #Pakistan it's legal to be "third" gender or Hijra? ❤️ #LGBT#Islampic.twitter.com/ow0tR5taWJ

In South Asian cultures, hijras play important roles in festivities including birthdays and weddings, and their blessings are considered auspicious. However, many are still socially ostracised, denied employment opportunities, and often become the target of physical attacks.

In a country where religious bodies have great influence over legislation, a decree by the Sharia Board comes as a positive step towards equality. If legally adopted, the fatwa may result in fewer sexual-orientation-and-gender-identity-related hate crimes.

“We are very happy to see that religious leaders have asked the government to formulate a policy for our protection and well-being. We are ready to extend any support the government needs from us,” said Farzana.