A new exhibit asks, ‘What does it mean to be American?’

More than 500,000 Sikhs live in the US, yet 60 percent of US citizens report to “know nothing” about the people who follow the fifth-largest religion in the world.

A new exhibit in New York by the Sikh Coalition is trying to change this cultural invisibility and get people to realize that Sikhs are just as American as the rest of the country.

“Sikh: Turban And Identity” is a series of portraits by the photographers Amit and Naroop that, like the empathy-overflowing blog Humans of New York, pairs each image with a personal story meant to create immediate bonds with the audience.

The stories in the exhibit are about perseverance, progress, and determination, but beyond these broad brush strokes, they represent a mosaic of diversity within a community that’s often reduced to harsh stereotypes.

Formed in the wake of 9/11 to deal with the growing crisis of hate crimes, the Sikh Coalition has a long history of reaching out and building bridges. This is the coalition’s first venture into art — but it’s art that’s as inclusive as the rest of their work.

“Over the years it’s been challenging, particularly in the post-9-11 world where the media has equated the beard and turban with terror,” Sapreet Kaur, executive director of the Sikh Coalition told Global Citizen.

“To open this exhibit on Sept. 15,15 years later, is to provide a counter narrative, to spark a national conversation,” she said. “The challenge is when people make assumptions or when people operate from a place of fear.

“And there continues to be this climate of fear,” she said. “The political rhetoric these days is incredibly divisive. We need more people to take a moment to think beyond their small view, there’s a world that exists outside our small bubble. How do we engage with that, how do we recognize the humanity in every person we encounter?”

It’s this sense of curiosity, of recognizing the humanity blooming in every person you encounter, that fuels the exhibit.

Ultimately, the exhibit and the rest of the Sikh Coalition’s work — from educational campaigns to community workshops — aim to clarify the American understanding of the Sikh community.

It’s demoralizing for an entire community to be reduced to caricature, to always be subject to an overheated glare of suspicion that suddenly explodes with prejudice.

The exhibit hopes to get people to slow down, open up, and realize that the Sikh community is full of as much wonder and diversity as the rest of America.

Kaur mentioned how her son’s friends are often the most willing to ask questions about what it means to be Sikh, and she hopes for all people, adults and children, to embrace this unabashed curiosity. Because only when we learn about one another can we begin to build better societies. 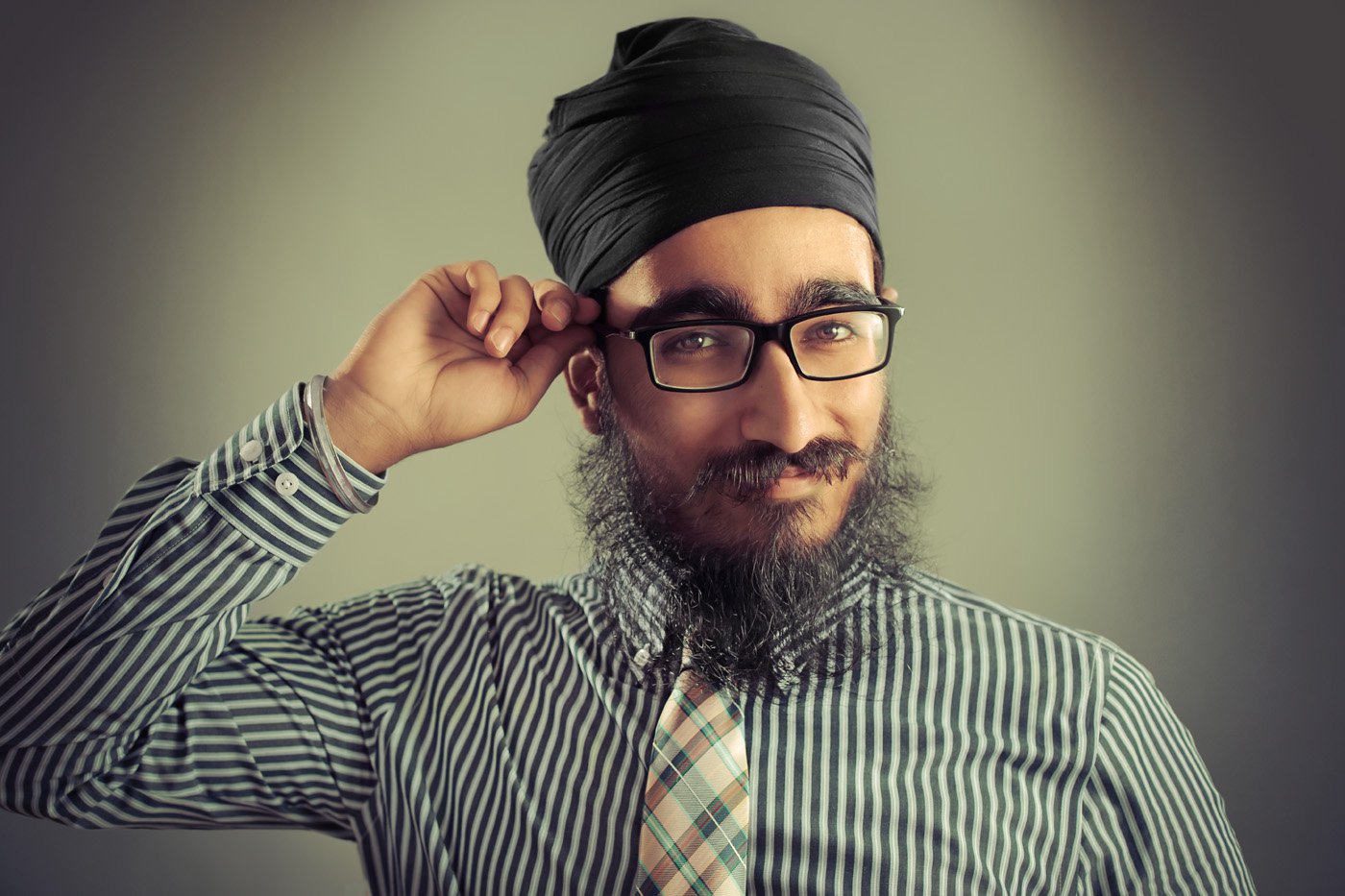 Japjee Singh was bullied mercilessly for years in a suburb of Atlanta, in Dekalb County, Georgia. He courageously spoke out and his family contacted the Sikh Coalition. In 2014, the DOJ settled a landmark case with Dekalb County school system better protecting 100,000+ kids from bullying. 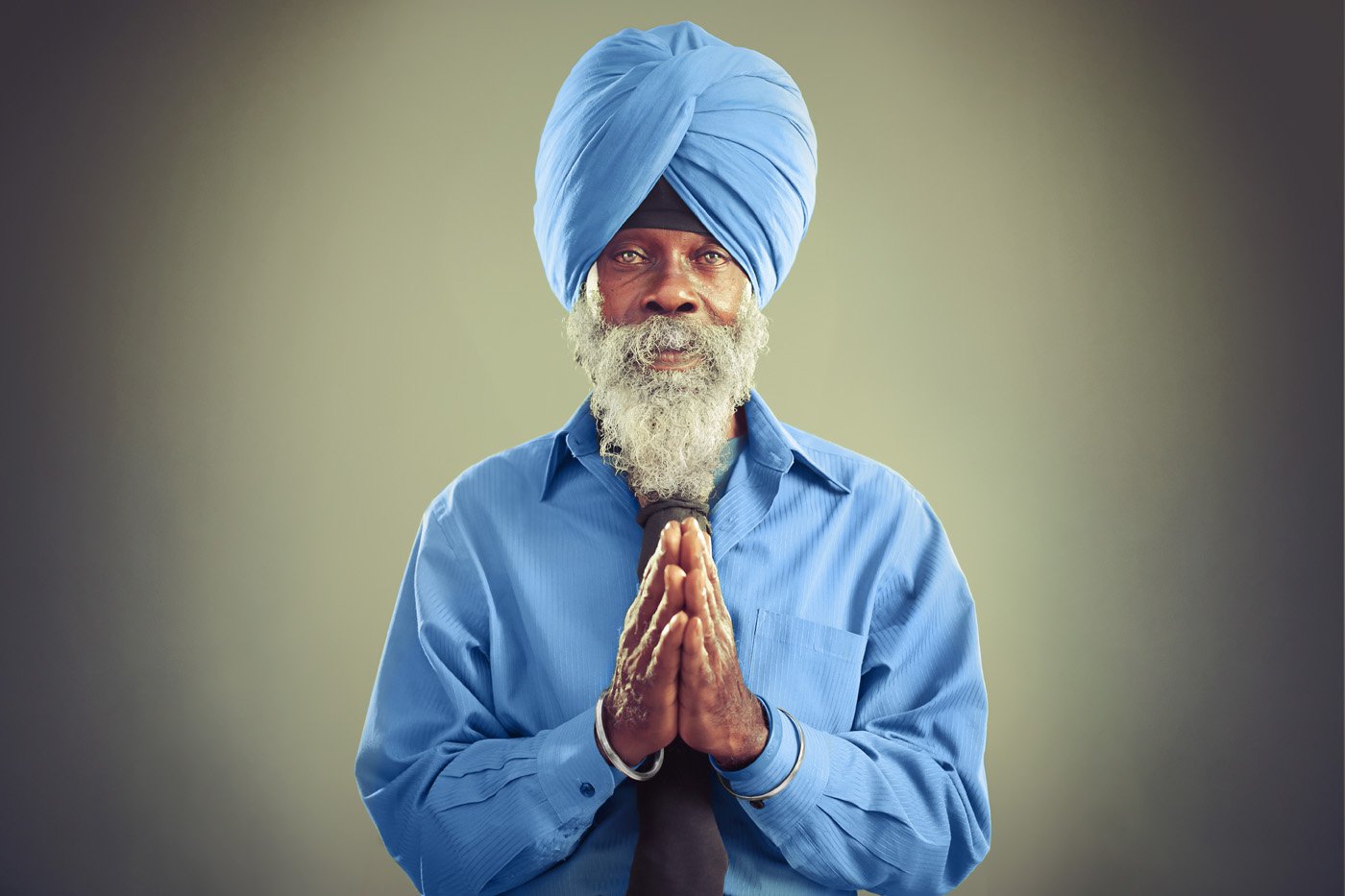 Lathan Dennis-Singh was born in Kingston, Jamaica, and was good friends with Bob Marley. Dennis-Singh lost his caretakers and became homeless at thirteen, and Rastafarian culture became his home. Despite this hardship, Dennis-Singh moved to the United States on a scholarship, studying aerospace engineering at the University of Michigan. He converted to Sikhism over 48 years ago at his college in Michigan has has been living in Fairfax, Virginia for nearly three decades. 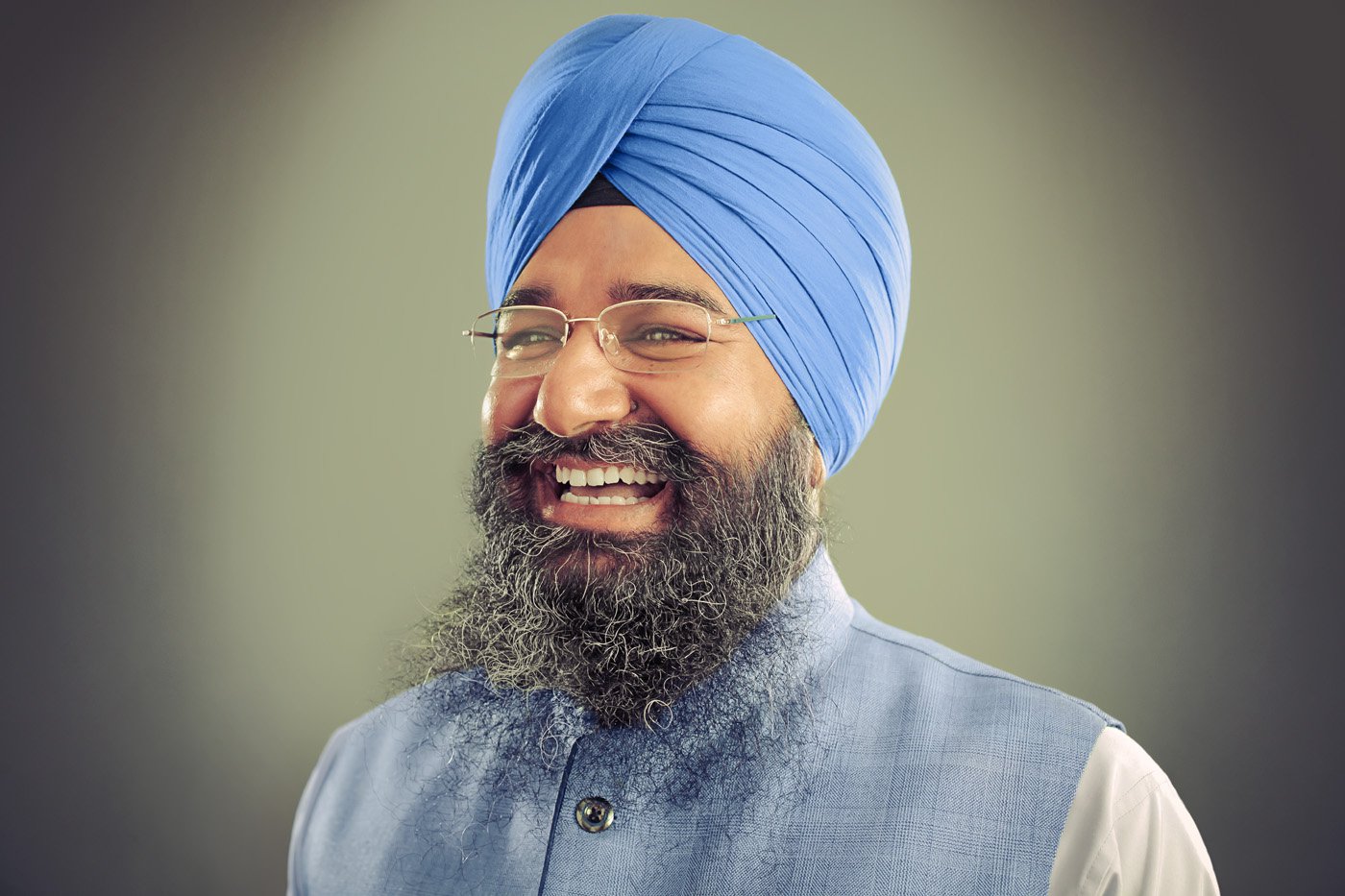 Raghuvinder Singh, whose father, Punjab Singh, was shot in the face at the Oak Creek, WI gurdwara (Sikh house of worship) during the 2012 mass shooting there. Punjab Singh remains paralyzed and unable to speak. Raghuvinder travels from his home in New Jersey to Oak Creek regularly to take care of his father, who communicates through blinking his eyes. 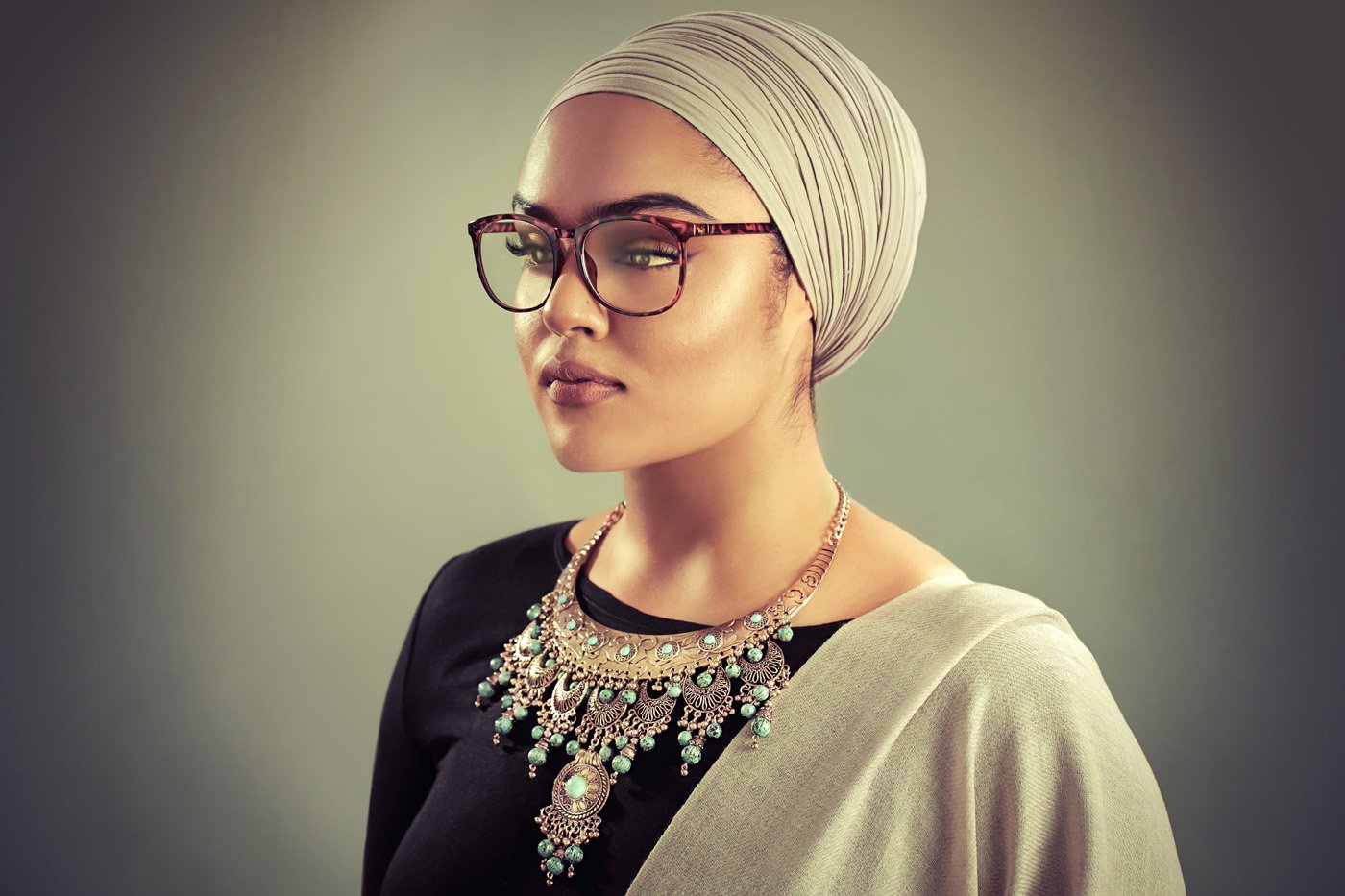 Ishprit Kaur is a new nurse graduate in Connecticut. She was inspired to go into this field because her mother is also in the profession and because her father is battling Parkinson's. 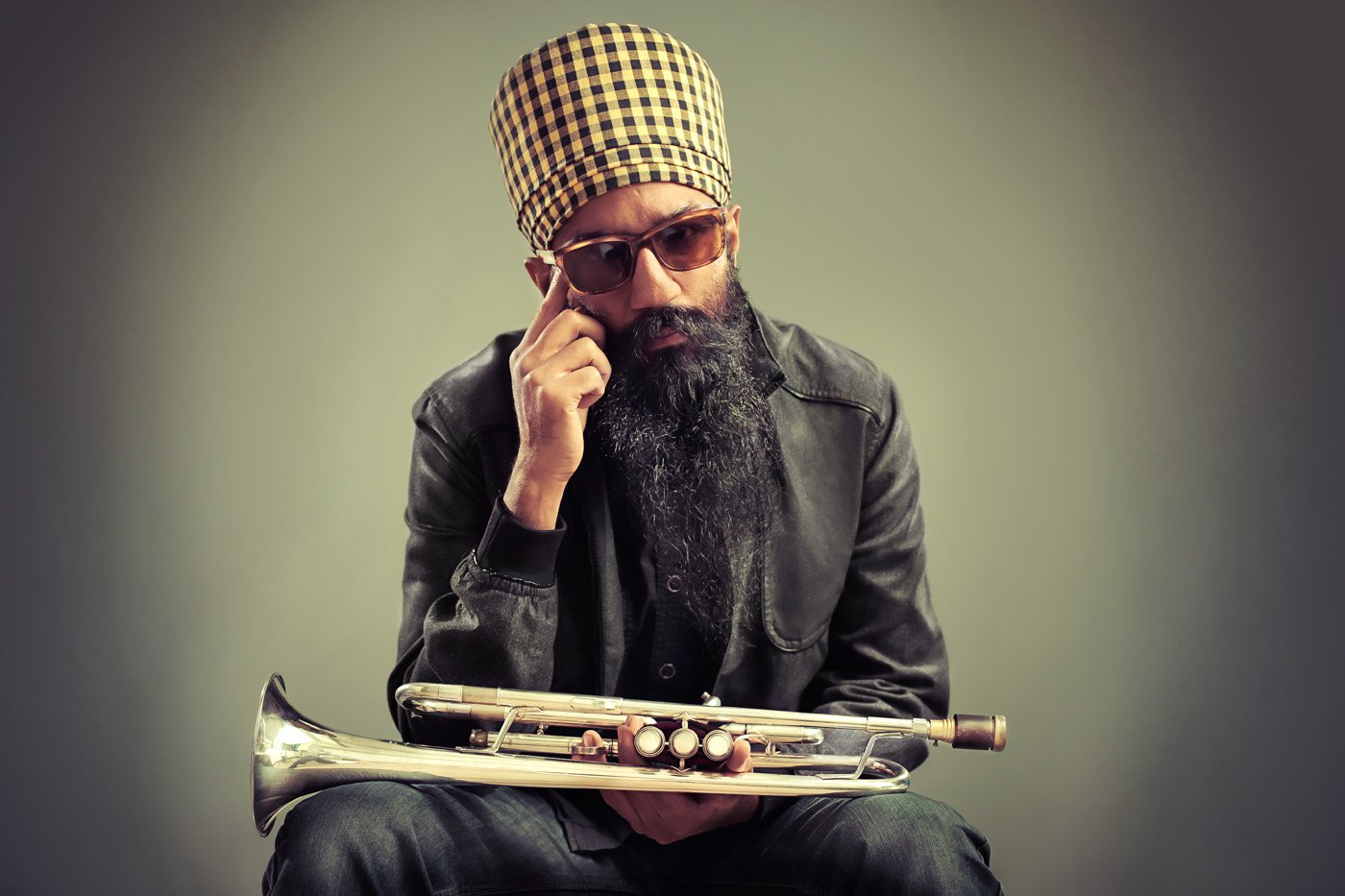 Sonny Singh is an original member of the acclaimed Brooklyn Bhangra band, Red Baraat. Sonny has worked as a community organizer in various capacities, including for the Sikh Coalition, and he writes and leads workshops on race, religion and social justice. 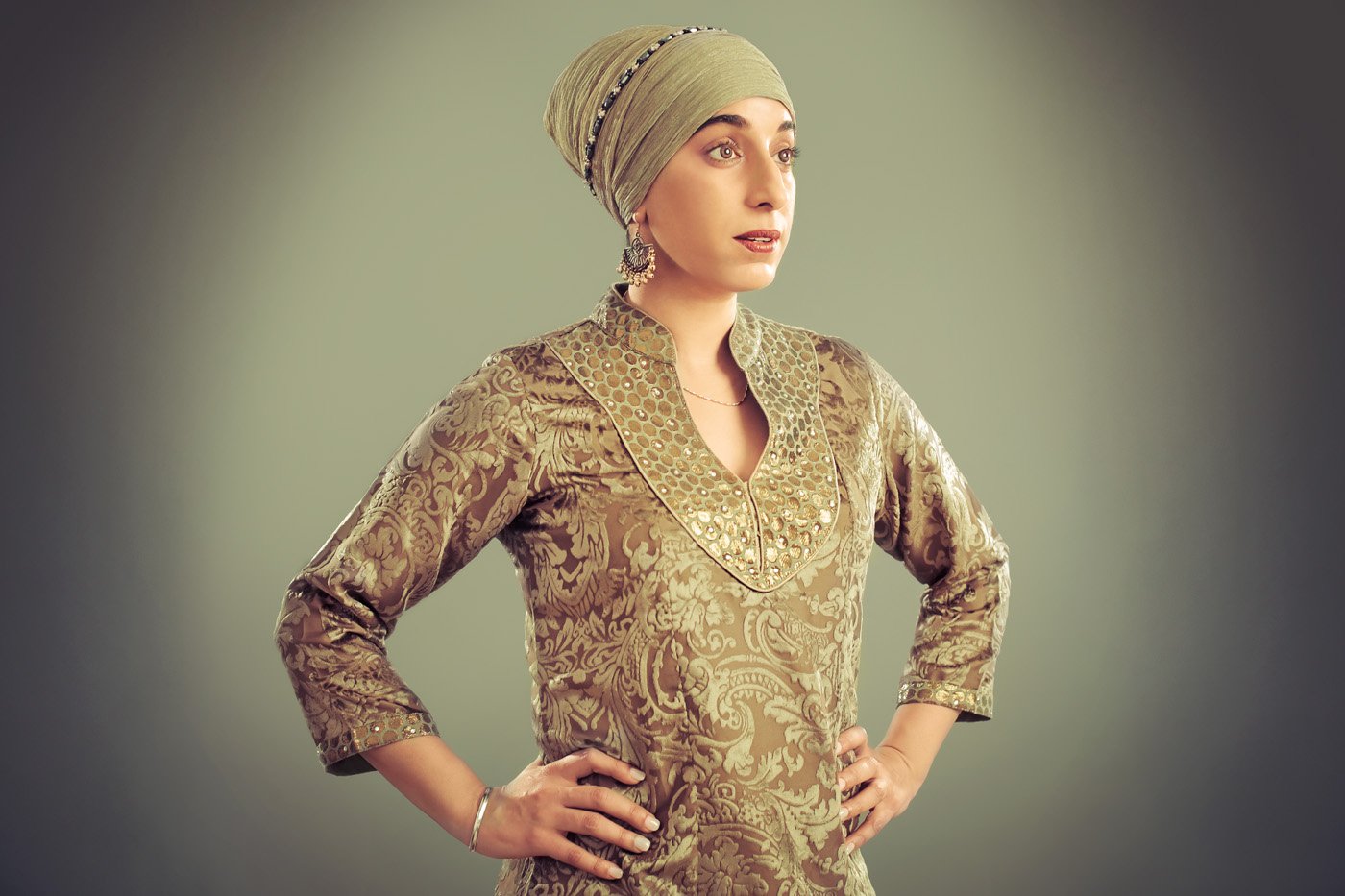 Harpreet Kaur works as a Producer at Maryland Public Television and is the founder of Sach Productions, a media organization that aims at creating films to bring minority issues into the mainstream media. She was the first Sikh local news reporter in the Washington D.C. metropolitan area. 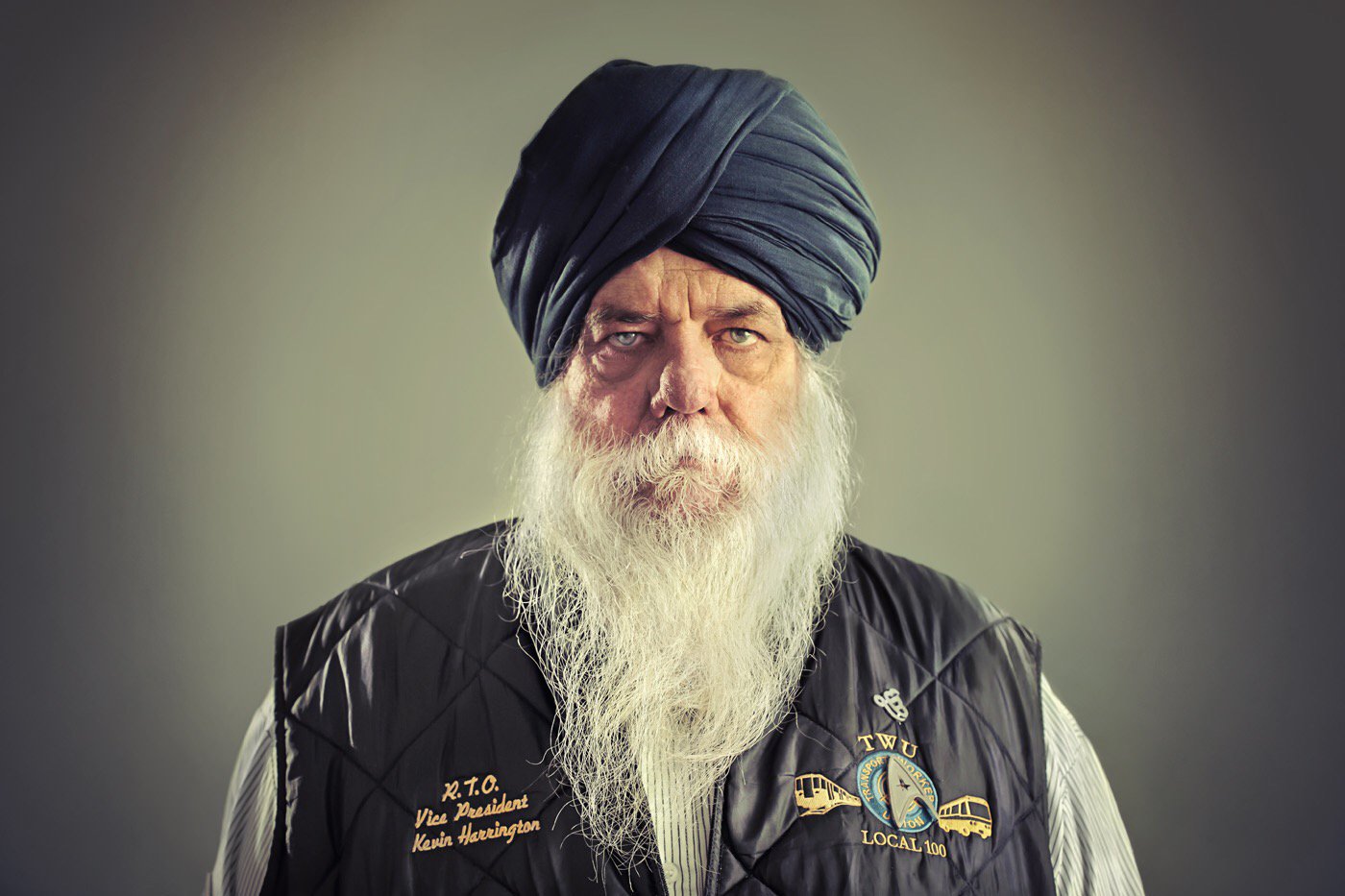 Sat Hari Singh (AKA Kevin Harrington) was a NYC MTA train operator on 9/11 when he heroically reversed the train, sending it in the opposite direction, which saved lives and won him an award. He eventually went onto become a client of the Sikh Coalition and we sued the MTA for their biased policy against turbans and won. 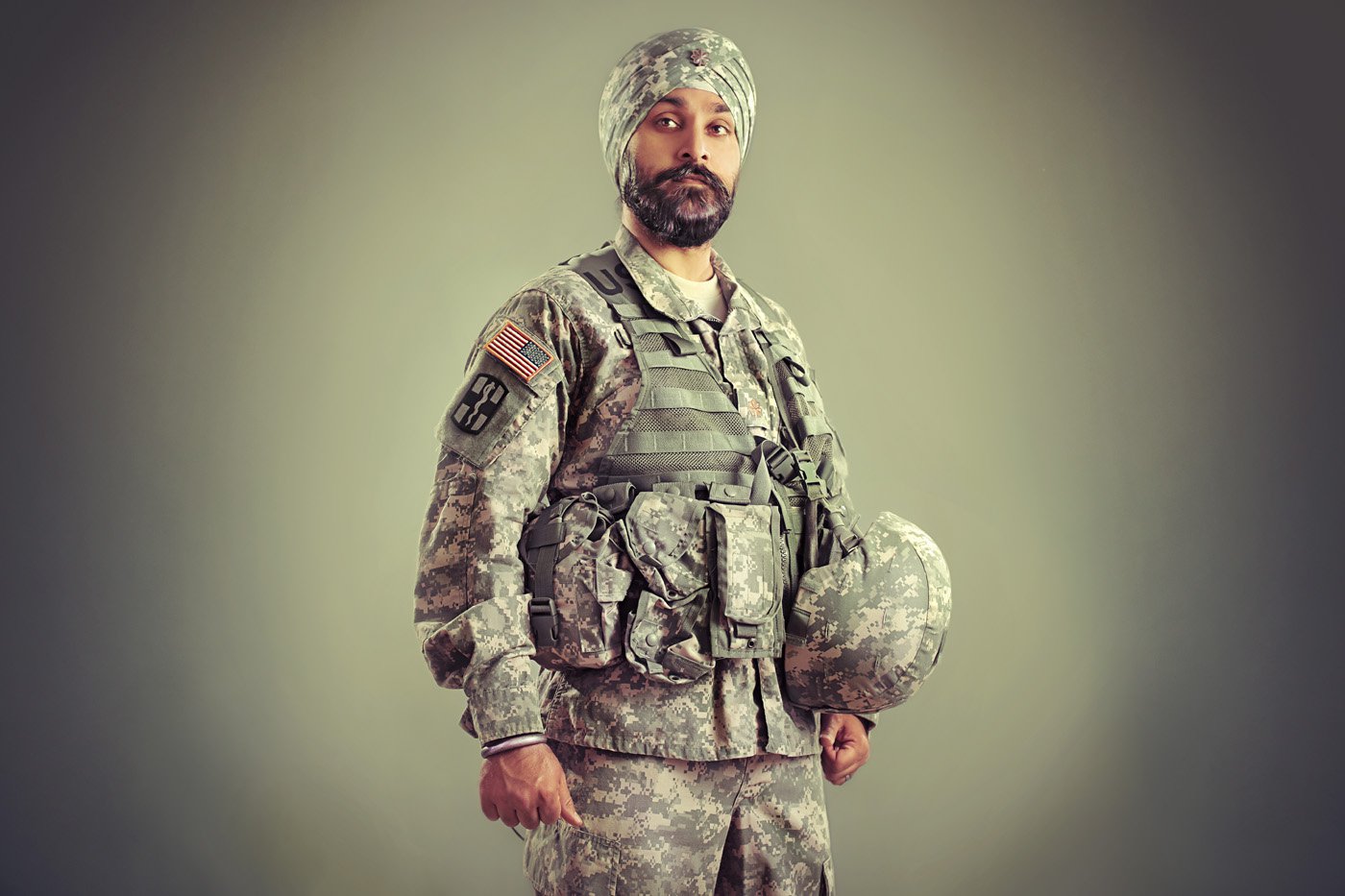 Major Kamaljeet Singh Kalsi was born in India and moved to New Jersey when he was two. He was the only Sikh child in his public schools, and he went on to become the first Sikh American to be granted a religious accommodation to serve in the U.S. military since the ban on Sikhs in the 1980s. Today, despite his accommodation, the presumptive ban still remains against Sikh Americans who wish to serve in our armed forces, and Major Kalsi continues to dedicate much of his life towards working to end religious discrimination in the military. 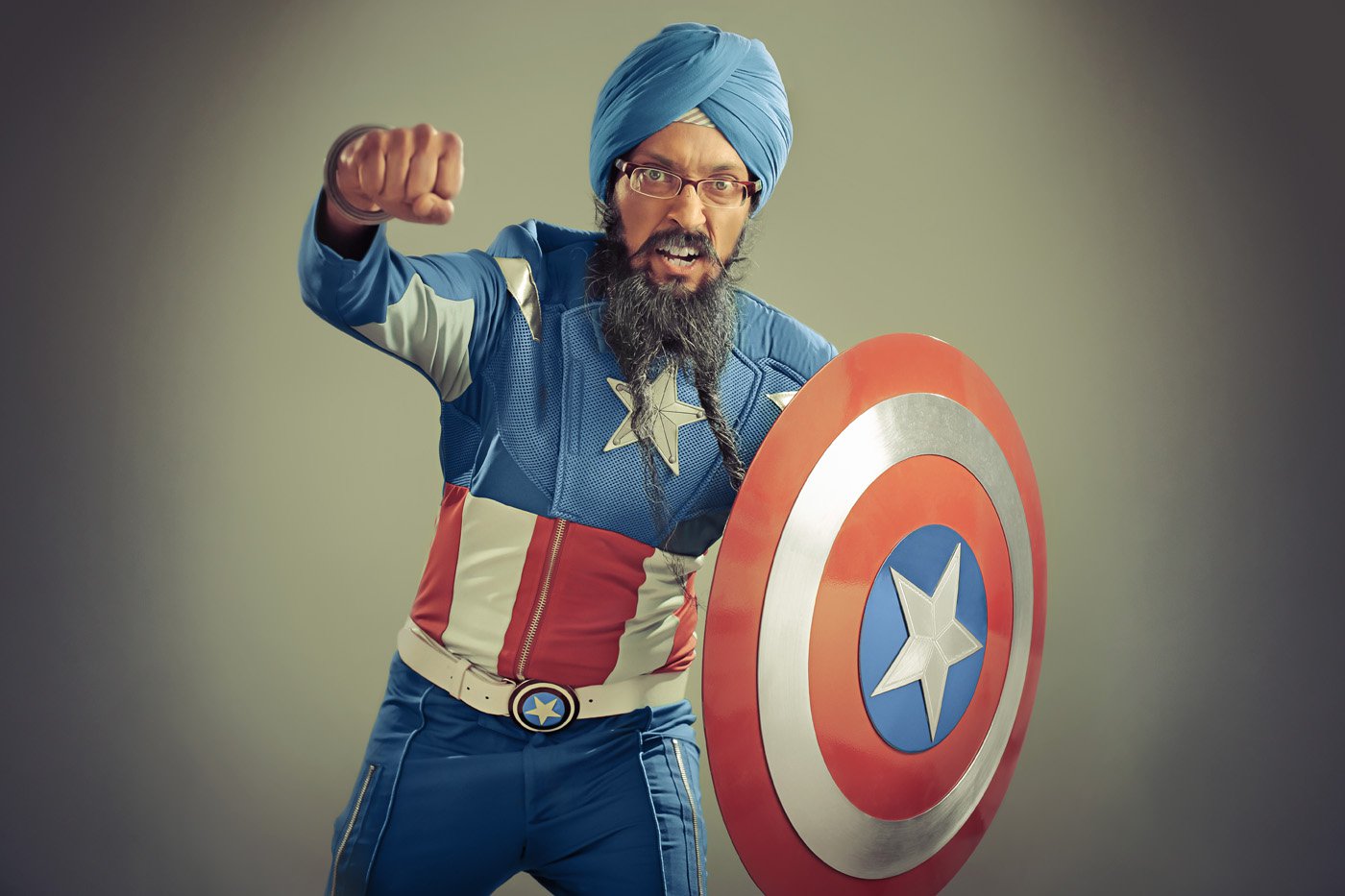 Following the September 11, 2001 attacks, Vishavjit Singh started creating cartoons focused on Sikh news and events, housed at sikhtoons.com. A decade into his cartooning career, he took to the streets of New York as Sikh Captain America to both visually represent the Sikh battle against bigotry and normalize the Sikh American hero.

To learn more about the exhibit go here.