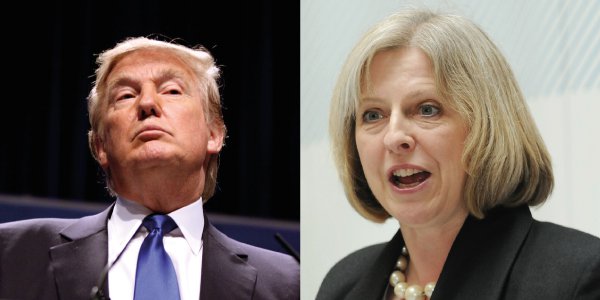 This week, British Prime MInister Theresa May will meet Donald Trump in what will be the President’s first state visit from a world leader since taking office. In the backdrop of the Oval Office, the meeting will focus on a number of issues including trade between the two countries.

Prime Minister May is keen to begin trade talks with countries such as the United States. But as she begins the long and arduous process of leaving the EU, it’s imperative that she understands that any deals her government makes with the US, Australia, et al, will have a massive impact on the world’s poorest, for better or for worse.

If the UK starts to import more goods from the US, what happens to Belize who have sold nearly a quarter of their goods over the last five years to the UK? What happens to the Gambia, who sent 14% of their goods to the UK? New trade deals with developed countries are likely to have massive implications for developing countries, particularly where countries export similar products. For example, a trade deal with Australia would have significant implications for beef exporters in countries such as Namibia. Any new deal made by Trump and May must assess the impact it will have on developing countries. To ignore this would be irresponsible.

That’s not the only complication.

Whilst the UK is still a member of the EU, developing countries can sell their goods in the UK and pay little to no tax for this benefit. This makes it cheaper for them to export their goods or services, which in turn means more money for the producer. Arrangements like this help developing economies grow and lift people out of poverty.

However, once the UK leaves the EU, this arrangement is not guaranteed. If developing countries have to start paying tariffs in the UK, this will increase the cost placed onto the producer, and could decimate already fragile economies — an unintended consequence that would hurt people and cost lives.

Diplomatic alliances between countries goes far beyond individuals and their personality politics. Regardless of what you think of President Trump and Prime Minister May, this meeting is important, and indeed vital, for both the UK and US. There’s a historical friendship between the two countries that has long outlived whoever sits in No.10 and the White House at any given time, and this is sure to continue for many years to come. But in this very moment, through responsible trade deals, both leaders have the power to make a real, tangible difference to millions living in poverty around the world. The opportunity is there, all it needs is the political will.