Not as weird as you think. 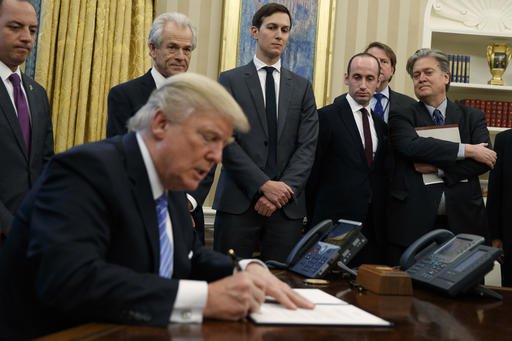 A group of leading conservatives are getting ready to pitch Donald Trump’s administration on fighting climate change.

If that sounds unusual, well, it should and it shouldn’t. Yes, climate change might be the most divisive political issue in the US and republicans tend to approach the problem in one of two ways: denial or obstruction.

But the proposal being pitched used to be standard Republican orthodoxy. In fact, John McCain endorsed a more ambitious proposal back when he ran for president in 2008.

The reason for this renewed advocacy is because Obama’s environmental legacy could be unraveled over the next four years, leaving the global environment exposed. So those concerned with the fate of the planet are coming up with alternatives, and conservatives have the most sway over the new administration.

“It’s really important that we Republicans have a seat at the table when people start talking about climate change,” former Secretary of State James A. Baker III told The New York Times.

So what’s the big plan the Republicans are pitching?

They’re calling for a carbon tax, according to The New York Times.

A carbon tax is pretty straightforward: companies are charged for the amount of carbon they release into the atmosphere. Cap-and-trade, another popular method for dealing with carbon emissions, imposes an aggregate limit on carbon emissions and companies must buy and sell carbon allotments to stay within the limit.

Under this latest carbon tax plan, one ton of carbon emissions will cost $40, which will annually raise between $200 billion and $300 billion for the federal government, according to the report. This money would then be disbursed to the American public as dividends, so that an average family of four will receive about $2,000 per year at first.

The idea of returning the money to consumers to help ease personal taxes -- rather than fatten government coffers -- will be most attractive to Republicans, the creators say.

In an op-ed, members of the group claim their strategy will cut more than twice as much carbon as current Obama-era regulations, which they want to see entirely repealed.

It’s unknown what kind of reaction the plan will elicit within the administration. President Trump has openly doubted climate change and his chief advisor, Steve Bannon, used to run the right-wing blog Breitbart, which regularly discredits climate change.

However, a majority of Americans support a carbon tax, including 48% of Trump voters, according to a survey conducted by the Yale Program on Climate Change Communication.

And American worries of climate change are at an eight-year high, according to Gallup.

So this proposal, if framed as “free-market” or “market-based,” could be a workaround for the Trump administration as it strives to fulfill campaign promises of erasing Obama’s legacy, while also dealing with the very real threat of climate change.