A small organization—Tiempo de Juego—is using soccer to promote peace for it's children. 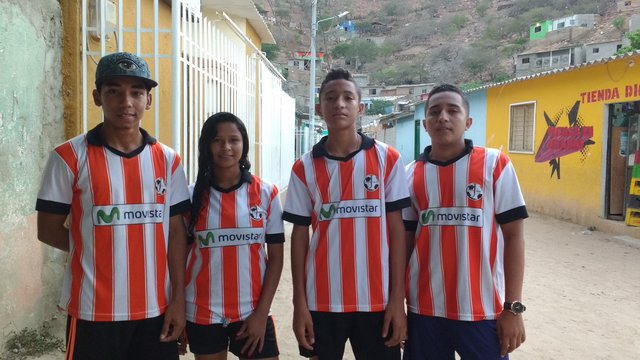 Nestled snugly at the foothills of the stunning Sierra Nevada mountains, fringed with picture perfect sandy beaches, Santa Marta is a city to touch your soul. A melting pot of thriving locals and laden with both indigenous and colonial history, tourists scale the globe to taste it's splendors.

The traditional lifeblood that beats through Santa Marta are succinct: music and football. Despite a population of 400,000 and being the home of football greats like ‘El Pibe’ Carlos Valderrama, Santa Marta has very few actual football pitches.

In the most vulnerable of communities, the locals turned empty plots of land into mini-dirt football pitches. It’s at these pitches that families meet, and it’s here that the community spirit is built; this no more so than in the case of La Lucha, one of the most challenging neighborhoods in Santa Marta.

Families thrown from their homes during the 52-year-long war were looking for a place to simply survive when they settled in La Lucha - it's very name means 'The Fight.'

Turning a mountain of dust and rubbish into a community with improvised houses made of plywood, corrugated metal and sheets of plastic, the neighborhood has its fair share of violence. More recently though, it has been the main stage for showing how the passion of football can be the motor for social transformation towards peaceful coexistence.

With a massive effort, the community has managed to build a football pitch, and Fundación Tiempo de Juego began working tirelessly to promote social inclusion and peace right there on the pitch. What started with an informal football match on a dusty pitch with a cloth ball, has been transformed into training sessions with more than 150 boys, girls and teenagers excited about the opportunity to have a better future. And, simply, to play football with their friends.

Tiempo de Juego is a Colombian organization that teaches children and adolescents from challenged communities life skills through sports, cultural and recreational activities. The training that Tiempo de Juego provides is designed to help children and young adults create their own life projects and promote a movement towards peace, equality and coexistence.

Activities in La Lucha are constantly evolving to respond to the community’s demands and progress. For example, 15 children are enrolled in the Leadership School. This initiative seeks to form community leaders, working to develop new ways of using sports for development and to become agents of change in their neighborhood.

These young leaders, who were previously profiled as "problem children" in the neighborhood, today are the protagonists of positive change.

One such young leader is Jhan. After the death of his father at age 16, Jhan fell into alcohol and bad company, leaving behind his responsibilities, dreams, and friends. Today, he is one of the most dedicated leaders in the program. He is a role model at the Leadership School and has represented Tiempo de Juego and Colombia in the International Street Football Festival. 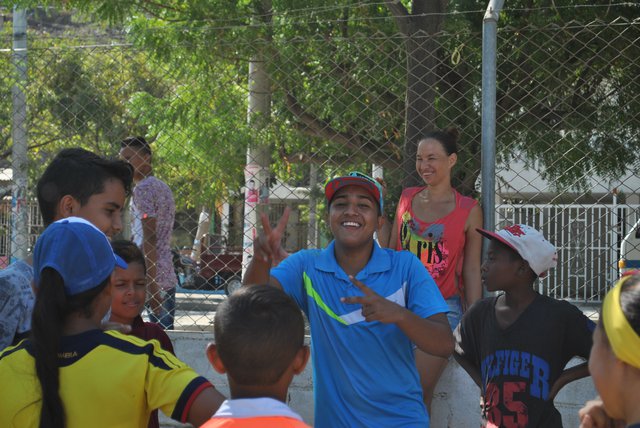 Onehis has been a positive role-model for his peers. Source: Impact Marathon 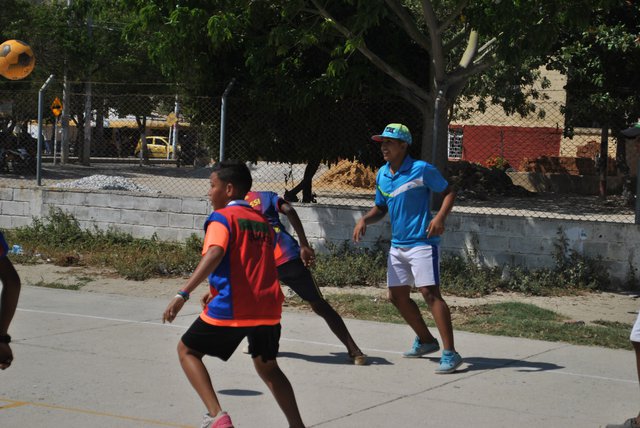 Transformation can also be evidenced in Onehis, another of Tiempo de Juegos most collaborative leaders. While he used to be one of the most violent young people in La Lucha, he now participates in Leadership School and serves as a reference for others. It’s there that he learned to manage his emotions and use his energy to motivate and encourage his peers.

The effect that this methodology is bringing to the neighborhoods extends beyond the pitch; it is being absorbed into home life. Parents have noticed improved relationships, better communication and more peaceful and creative ways of resolving conflicts.

Together, football is scoring goals for peace in Colombia.