Over 35,000 British Muslims Gather in Hampshire to Condemn Terrorism and Promote Peace

And they've been doing this for 50 years. 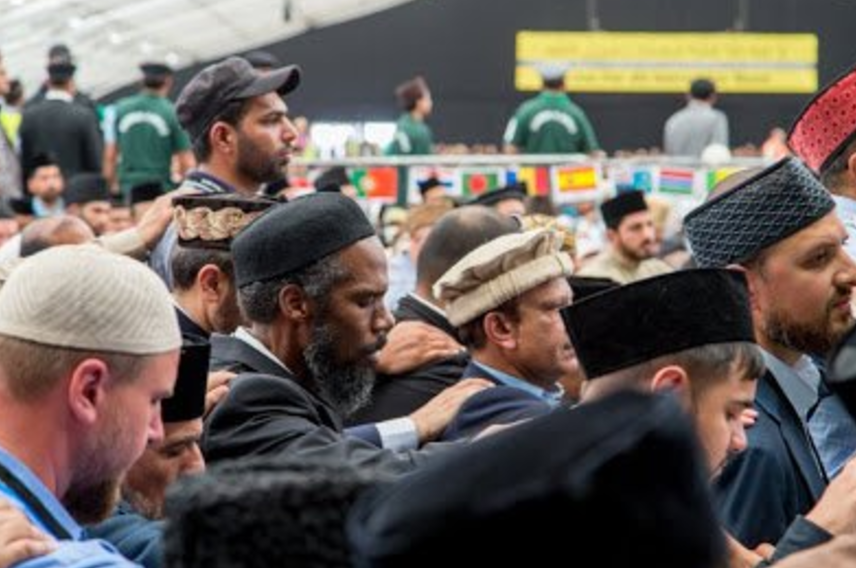 This weekend, more than 35,000 Muslims from 100 different countries will meet in Hampshire, England, to denounce violence and promote world peace.

In the wake of terror attacks in London and Manchester earlier this year, the gathering sends a powerful message that Muslims stand with the rest of the world in condemning extremism in all its forms.

30K+ Muslims from 100 countries are meeting in UK this week for a peace conf
Retweet if this the 1st you heard of it pic.twitter.com/S08Z2wfguf

The three day event, known as the Jalsa Salana, will host a range of sermons and speeches with leaders from the Ahmadiyya Muslim Community (AMC), a specific sect within the Islamic faith. Although founded in India, the AMC has millions of members all over the world, with its headquarters now in the UK. The Union Jack will be raised alongside the Ahmadi flag as a symbol of positive integration.

The slogan of the Ahmadi Muslims is “love for all, hatred for none.” It’s all about tolerance, with an active opposition to extremism in any form. The annual festival of worship is hosted to spread a message of love and peace to all, regardless of religion.

According to Mic, the main difference between mainstream Muslims and Ahmadi Muslims is their chosen messiah: the latter believe it’s the founder of the Ahmadi denomination, Mirza Ghulam Ahmad. However, they share most other core principles of the faith.

Thousands attended the same event last year too. In fact, it’s happened every single year for the last five decades, bringing together thousands of Muslims to condemn violence and terrorism.

“The only thing the terrorists are achieving is to completely violate the teachings of the Holy Quran and of the Holy Prophet Muhammad," said Hazrat Mirza Masroor Ahmad, the leader of the sect, before the event. “Let it be clear that they are not practising Islam, rather it seems as though they have invented their own hate-filled and poisonous religion.”

It follows a similar convention in Mississauga, Canada, where 20,000 Ahmadi Muslims came together to promote a more peaceful world.  People shouldn’t need 6,000 reasons to understand how Muslims are “doing their part” to fight terrorism.

When Grenfell Tower burned, the AMC responded swiftly with donations of food and clothes. As terror attacks continued to target British cities, this Muslim community offered solidarity. There’s even a blog called Muslims Condemning Things on Tumblr that seeks to distance the majority of Muslims from extremists.

Tens of thousands of Muslims will meet this weekend to present one united voice. Let’s make sure people hear about it.