This Woman Is Rescuing Nepalese Children From a Life Behind Bars 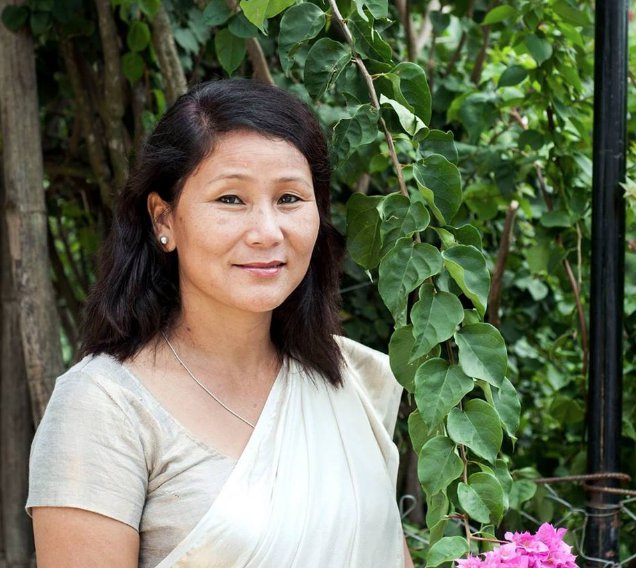 “Amma” in Nepalese means mother, and that’s what Indira Ranamagar is to the 500 children she’s taken into her care, whose parents suffer from poverty and are in prison.

Ranamagar is the founder of Prisoner’s Assistance Nepal (PA), where she rescues children who had been forced to live with their mothers in poor prison conditions. The majority of the children at her three homes are girls who, after being rescued, are provided the opportunity to get an education.

The remarkable work she’s doing was shaped by her childhood.

Brought up in poverty, Ranamagar was deprived of an education because she was a girl, while her brother attended school and learned how to read and write. However, she didn’t let that prevent her from picking up a pencil and learning how to write on her own.

“Whatever people say, I will get an education like a man,” Ranamagar told BBC news, referring to that unfair double standard.

As a child, Ranamagar had known what she wanted to do when she grew up: help other people in poverty who had hard lives. She eventually went to school and focused on learning about philosophers and the many challenges they endured.

Nepal is one of the poorest countries in the world. Around 55% of the population lives below the international poverty line, according to UNICEF. Oftentimes, when people are sent to prison, they have no choice but to bring their children with them, because otherwise they’ll end up homeless.

Ranamagar visits the women’s prisons every day, which are often filled with women who are poor and had been targeted by criminal gangs, kidnapped or lured into human sex trafficking. According to a US Department of State report, human trafficking and domestic violence against women are believed to be one of the major factors responsible for women’s poor health and livelihood insecurity.

“I call them survivors, not criminals,” Ranamagar said.

She’s fought for more humane conditions at the prisons by lobbying local politicians and authorities to make changes such as overcrowding, sanitation and hygiene, and care for women suffering from mental illness.

Under Ranamagar’s program, children are allowed to go to school during the day and sleep with their mothers in prisons at night. The mother’s are also educated in prison and receive vocational training.

She runs three children's homes and two schools, as well as youth programs on agriculture and arts and crafts, among other activities.

In 2014, Ranamagar was honored by the World’s Children’s Prize in 2014 for her 20-year struggle for prisoners’ children in Nepal.

Ranamagar is one of several in Nepal starting programs to help children live a normal life beyond prison cells. In 2012, Pushpa Basnet was named CNN Hero of the Year for assisting children of incarcerated parents in Kathmandu.

“This is what I want to do with my life,” Basnet told CNN. “It makes me feel (good) when I see that they are happy, but it makes me want to work harder. I want to fulfill all of their dreams.”