“When I call Paul Ryan he never seems to be home anymore.” 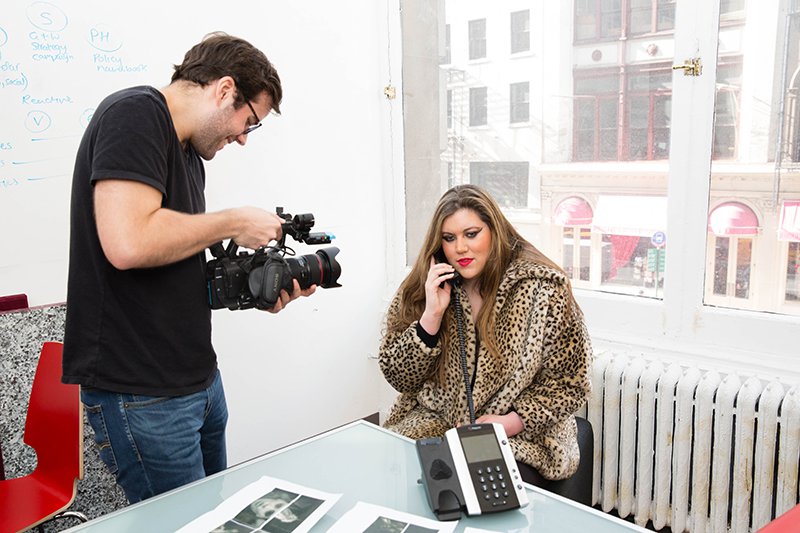 In case Adele’s contagious Grammy-winning song of the year, “Hello” managed to slip your mind, we’re bringing it back with new lyrics to remind you to keep calling Congress.

“Hello, can you hear me? I’ve never called Congress before. It’s pretty freakin’ scary to lose my healthcare,” Global Citizens version of “Adele” sings. “Have you no heart? Too many men making decisions that concern my lady parts.”

Talking to your lawmakers can make a difference in the way they vote and in the legislation they propose.

One survey found that 87% of congressional aides agreed that a representative who was undecided on an issue could be influenced by calls from constituents.

Calling Congress can also bring to light issues lawmakers were not aware of previously.

“I’ve written bills that became law because people called to complain about a particular issue I was unaware of,” Isaiah Akin, deputy legislative director for Senator Ron Wyden (D-OR) told the New Yorker.

Read More: 10 Things to Know When Calling Your Congressperson

And because it’s never time to stop advocating for causes that matter, we created a version of Adele’s “Hello” to inspire global citizens to pick up the phone, literally.

If Adele's 'Hello' Was About Calling Congress

"But when I call Paul Ryan, he never seems to be home."

"2017 has posed unique challenges that require us, as advocates, to think outside of the box to engage supporters and ultimately mobilize actions,” Judith Rowland, Global Citizen’s US Policy and Advocacy Manager and the star of the video said.

"For some, calling a congressional office for the first time can be scary or intimidating. The purpose of the video was to demystify what it is like to make a call to your member of congress. Global Citizen helps make it easy for supporters to take action, and my job at Global Citizen is to ensure that your actions are leveraged for greatest impact!' she added.

The idea for the video came about during a team meeting when Rowland was asked to think of unique ways to encourage people to take action to support refugees after US President Trump placed a travel ban on seven majority Muslim countries.

“A parody of Adele's "Hello" was my first thought. Ultimately, it stuck," she said.

It did stick. The video has been viewed over 3.7 million times on Facebook. Let’s hope as many, if not more, people who see the parody also take two minutes to call their representatives and ask for more support for refugees.