A modern day salt march, The Shuruaat Bus is on a mission to find ground breaking innovations!

India today stands at the crossroads of history, wherein the course it takes today, will not only determine the future of its 1.3 billion denizens but will shape the destiny of the rest of the world. With 850 million people under the age of 35, it is passing through an unique window of demographic transition and if it succeeds in channeling this energy effectively, it could be the cradle of the first generation that can end extreme poverty on the planet. To achieve this incredible phenomenon, India needs to be in relentless pursuit of rapid and inclusive economic growth.

While the western world, best exemplified by the Silicon Valley, has nurtured great innovation, these achievements, like driverless cars, are benefitting the richest of society.

But these aren’t the challenges that confront India or indeed most parts of the world, where societies are struggling to ensure access to fluoride and arsenic-free water to most of its people, where over 1.5 billion women still lack access to safe menstrual absorbents, where over 150 million infants below the age of 5 are stunted.

The revolution for innovation in India needs to solve these problems and transform the lives of not just a billion people within its borders but empower and impact the next seven billion on the planet. Therefore, our revolution needs to be driven by the motto, "Frugal innovation for India, from India, for the rest of the world." 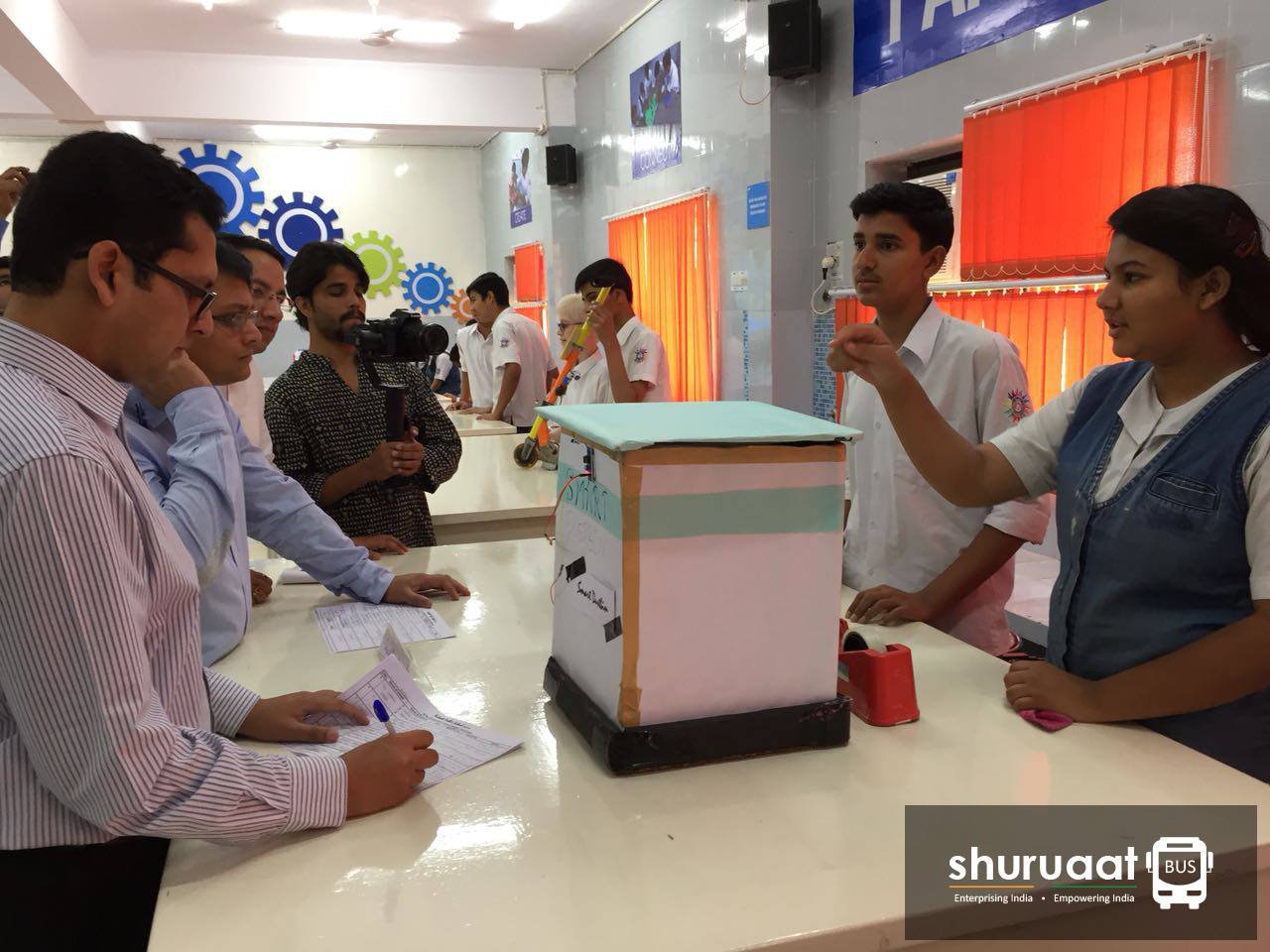 The Global Education and Leadership Foundation

One such example of this is the the Shuruaat Bus, launched as a pan India lead up to the Global Entrepreneurship Summit 2017 in India in November 2017. The bus was conceived with an objective of catapulting the creative spirit of young Indians and igniting the seeds of this revolution at the grassroots.

The Global Education and Leadership Foundation in partnership with Facebook and Atal Innovation Mission (NITI Aayog) launched the Shuruaat Bus, to traverse across the length and breadth of India, engaging with young Indians in schools, universities and incubation centers, with the message of embracing an entrepreneurial mindset that can liberate them from the shackles of a societal trend to be job seeker and empower them to become creators of jobs and wealth.

Currently on the second phase of its journey, the Shuruaat bus not only exposes young innovators to the best minds in the start-up ecosystem but, most importantly, also provides them with a powerful platform to express themselves, pitch their innovative ideas, and accelerate their start up dream.

Through the chronicles of the bus around India, India is encountering an infectious energy and vibrancy in its start-up ecosystem with a united resounding voice that is best articulated by the likes of Shanti. A young girl from a rural community in Banasthali, Shanti pitched her idea for the first time in her life inside the bus. Overwhelmed by the response she recieved, Shanti said, “When you focus on problems, you’ll have more problems. But when you attend to possibilities, you are bound to explore endless opportunities.”

It's the same dynamic energy with which a young Pranshu Bhandari has been able to teach 9 million Indians to speak in English through her app “Hello English” in a short span of 1.5 years. Or Meena Ganesh who connected millions of Indians to honest medical practitioners ensuring affordable healthcare. Thriving on the platform provided by the Shuruaat Bus, these young Indians aren't deterred by the scale of their challenges but inspired by the hope of a better tomorrow. 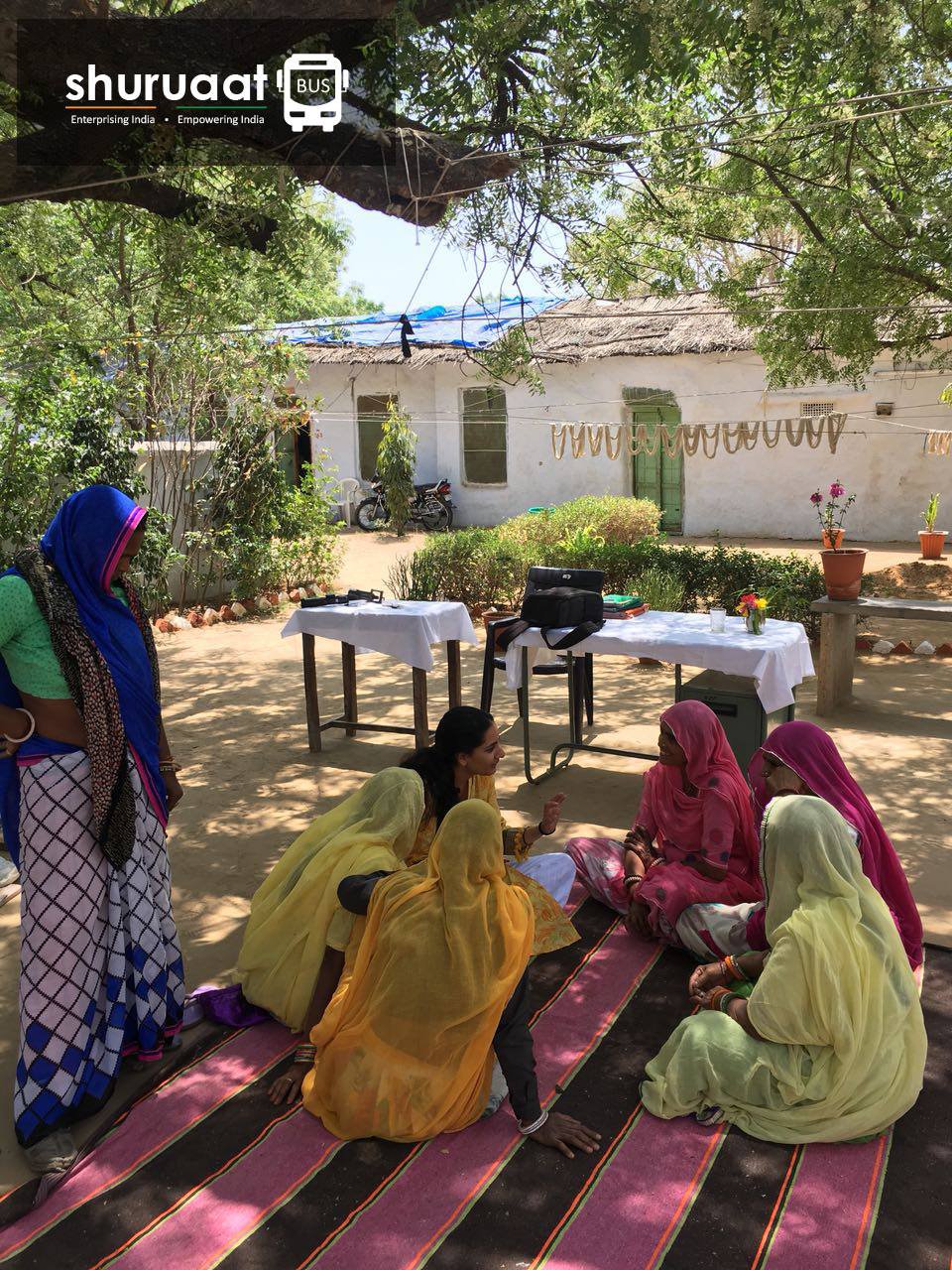 The Global Education and Leadership Foundation


The Shuruaat Bus is a celebration of this beacon of hope. Gandhi, who launched a Satyagraha against the might of the colonial empire, inspires it. Today we need another Satyagraha, against the impending injustice in the world, where 8% of the world controls over 81% of its resources, against joblessness, against forces that have cursed a billion people to live in extreme poverty.

And much like Gandhi’s Salt March, the Shuruaat Bus is a march dedicated to encouraging free-wheeling creativity, to galvanizing a culture of relentless innovation, to celebrating those who dare to fail in the pursuit of disruption but never fail to try, and most importantly to giving shape to the entrepreneurial dreams of a billion people.

After 20,000km of blood, sweat and tears that have gone into building this movement, the spirit of the Shuruaat bus remains unshaken: Yeh Toh Bus Shuruaat Hai! (This is just the beginning!)