This is the gift Leonardo DiCaprio gave to fellow climate champion, Pope Francis

It was not a signed poster.

Pope Francis is a man of simplicity. So what kind of gift could Leonardo DiCaprio get him?

He doesn’t want to accumulate “things,” so he probably wouldn’t want a stack of DVDs (although he’d certainly feel validated in his critiques of capitalism after watching "The Wolf of Wall Street").

A ticket to the 2016 Global Citizen Festival would definitely be appreciated, but that didn't exchange hands.

Instead, Leo went with a book of Renaissance art, in particular the work of the Dutch painter Hieronymous Bosch.

Bosch lived in the late 15th and early 16th centuries and painted these riotous scenes of hundreds of people doing weird, nightmarish things. His work was often influenced by his Christian beliefs and the idea of sin corrupting the world.

During the encounter, Leo turned to the "Garden of Earthly Delights" and explained to the pope that it hung over his crib as a baby. The triptych, to Leo, foreshadows the current era of climate change and environmental destruction. 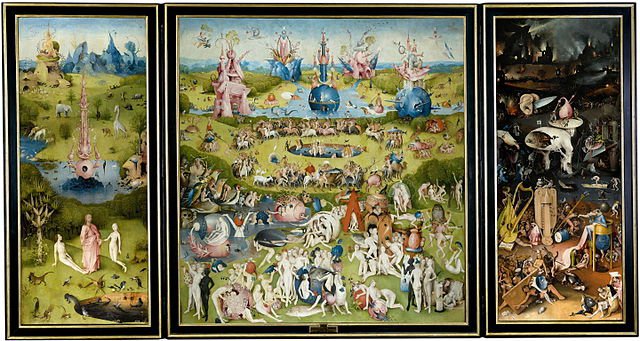 Leo also gave the pope a check for his charity.

And Pope Francis gave Leo a copy of his encyclical on climate change and poverty (worth a read!).

Beyond the friendly gifts, this meeting is a big deal.

Separately, Leo and Pope Francis are two humans who can reach millions and even billions of people with their message of protecting ecosystems and reversing climate change.

Who knows how many people they will be able to reach when they work together.

Recently, the largest climate agreement in history was signed in Paris. 195 countries agreed to cut back on carbon emissions, transition to a renewable economy and restore ecosystems. The catch, however, was that nothing was legally binding--countries just had to keep their word.

Throughout, skeptics said that without strong enforcement mechanisms plans would remain plans. That nothing would ever actually happen.

But if global citizens everywhere, following the lead of figures like Leo and Pope Francis, demand that economies change, then they will change.

If we do, none of us have to live in a world envisioned by Hieronymous Bosch.