This is the first mammal to go extinct from climate change

Man-made climate change threatens to eliminate 20% to 50% of all the species on Earth. 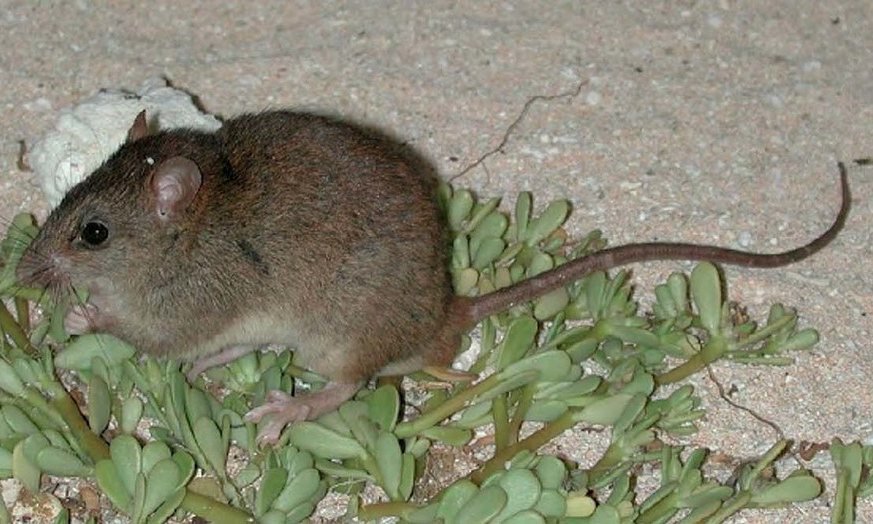 The Bramble Cay melomys is a small rodent that lived along the Great Barrier Reef until it was eradicated by climate change. It's the first time a mammal's exctinction has been attributed to climate change and it establishes an ominous precendent.

Man-made climate change threatens to eliminate 20% to 50% of all the species on Earth as ecosystems change in drastic ways.

This is hard to grasp partly because people have no idea what that many species would look like. On any given day, we encounter very few species. Our human environments are defended against intrusions from different species, sterilized of their presence, erased of their histories.

In a way, climate change's march across the planet is an extension of this vanishing process. As human conditions pervade the globe, too much gets destroyed.

There's also another factor at play: the oncoming extinctions either "happen elsewhere" or haven't begun en masse yet.

The cumulative effects of 90 million tons of gaseous waste absorbed by the atmosphere every day--the equivalent of 400,000 Hiroshima bombs--are starting to ripple across the world.

And now, to dramatize what's happening, the Bramble Cay melomys is giving some heft to the concept of extinction.

This melomys lived on a small island in the Great Barrier Reef, the only mammal endemic to the area. The rodent once thrived before humans arrived around a century ago. Then a steady onslaught of hunting drove the population down.

Recently, however, the onslaught of rising sea levels delivered the final blow.

The waters in the area rose more than twice the global average of 20cm and routinely flooded the rodent's entire habitat, causing them to drown or depriving them of food.

Scientists tried to find remaining melomys by setting traps and scouring the island, but they were unsuccessful. There seemed to be no melomys left.

In the years to come, other animals in similarly vulnerable environments could be wiped out by rising waters.

As John White, a scientist involved in the study, told the Guardian, "I am of absolutely no doubt we will lose species due to the increasing pressures being exerted by climate change. Species restricted to small, low lying islands, or those with very tight environmental requirements are likely to be the first to go.”

But it's not just rising waters that are a threat. Erratic weather, disrupted migratory patterns, compromised food sources, the spread of disease and human development are all climate-related in one way or another.

The consequences of extinction are not self-contained. All creatures play vital roles in their ecosystems. When one player is suddenly removed, it could skew everything. When these disruptions are taking place on a rapid, global scale, the changes could become immense.

In the face of such a harsh diagnosis, societies should be taking measures to rein in climate change. The question should be: what can be done now? Not: how much more has to happen before we take action?