This Is America: Celebrating Faces of Immigrants & Refugees

This great country has been a beacon for Global Citizens, and we want it to stay that way.

When Dhuha was 26, she was forced to flee her home in Iraq. Her husband, an interpreter for the US Army, was injured in an explosion in Baghad. Dhuha and her husband had two young children, and nowhere to go. Because of US refugee policies, they were able to escape to New York City. Today, Dhuha is a chef making authentic Iraqi dishes with a New York City startup that employees refugees. 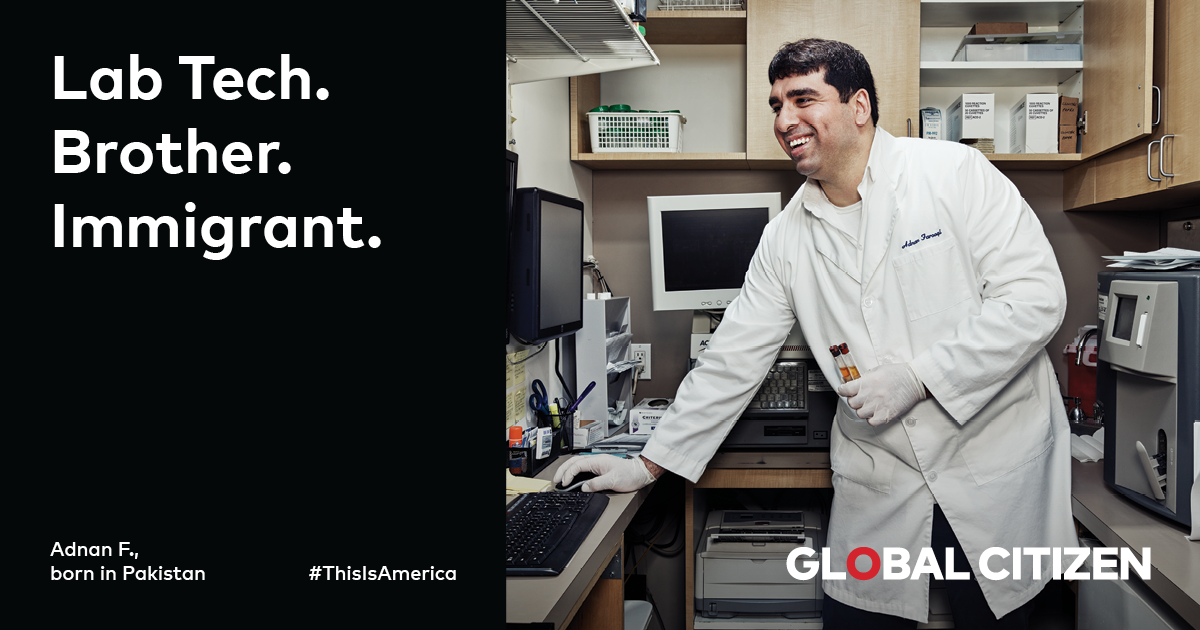 Adnan was born in Pakistan in 1980 but came to New York City with his mother to join his father who had already settled in Brooklyn. He lived in the same apartment for 19 years. Today Adnan is a lab tech who loves pizza and American culture. 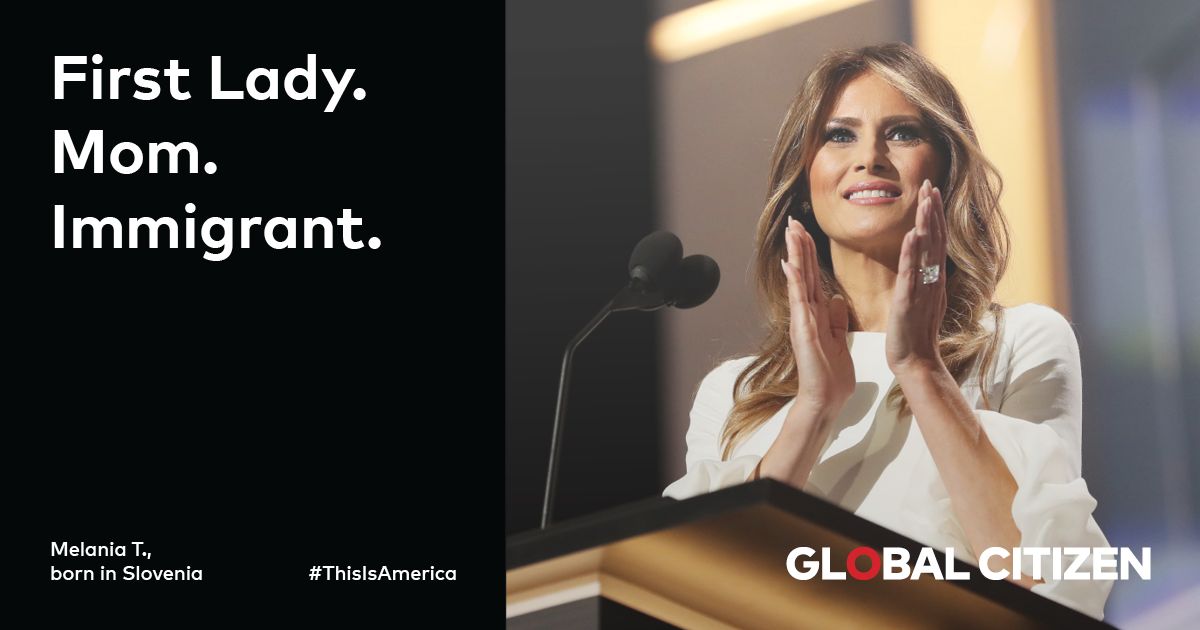 Melania was a young woman who left Slovenia for the US in 1996 to find work as a model. She worked a few jobs before securing legal status. She went on to marry Donald Trump, a real estate mogul in New York City. Today she is the first lady of the United States.

People like Dhuha, Adnan, and Melania make up the fabric of America, a nation founded by immigrants and people fleeing religious persecution.

Immigrants and refugees teach our children in school. They treat us in hospitals. They keep our streets safe. They come to America seeking a better life and we as a country have always welcomed them with open arms. America has always been a refuge for people seeking freedom from suffering and economic injustice. These are values on which the country was built.

Learn More: This Is America

Refugees are the most vulnerable people in the world. Living in perilous circumstances, they are extremely susceptible to falling into cycles of poverty due to a lack of consistent education, food and water, and adequate medical attention. Without a safe place to settle, this cycle only worsens.

Since the travel ban has been in place, Global Citizens have called on President Trump to rescind the executive action. Today we strengthen that call, asking for it to be formally and definitively rescinded.

The Trump administration has consistently cited security as the reason for this ultra-restrictive order but that’s the argument of a weak leader. There have been no recorded terror attacks in the US by any refugee or anyone from the seven Muslim-majority countries targeted. Canada, which has a tremendous record of taking in refugees, has never experienced such an attack, either.

Global Citizen is also asking the Trump White House to commit to overseas aid and a humane immigration policy. We also ask that Trump support the UN Global Goals, just like President Bush supported the UN’s goals that came before.

Strong countries are open to the world. Strong countries have nothing to fear by welcoming the world’s most vulnerable. America has to return to its values by being a leader in solving the refugee crisis, instead of hiding behind travel bans and border walls.