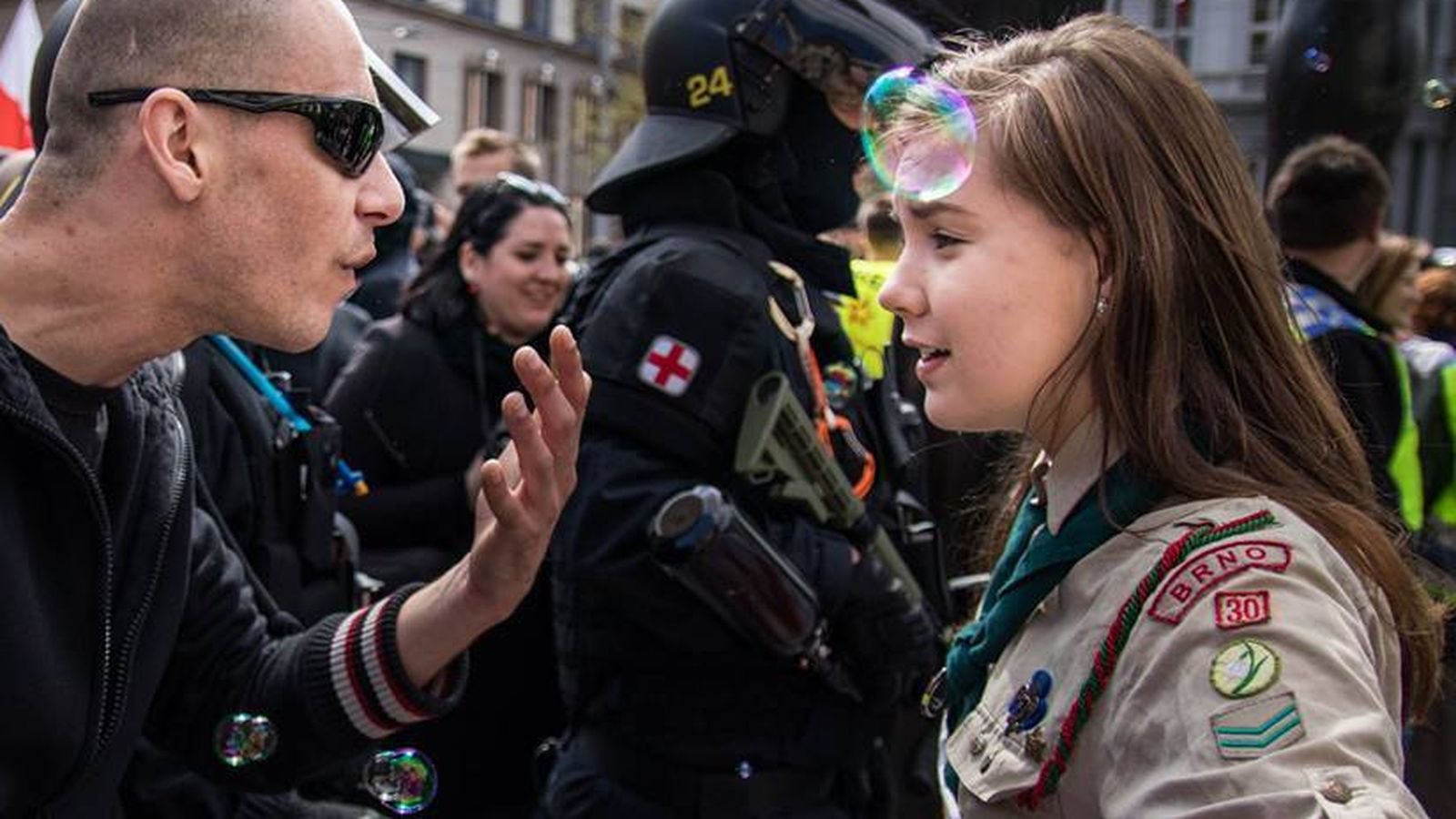 Every so often, a photo symbolic of the times surfaces, a freeze frame that captures how large swaths of people feel. On Monday, during a rally of extreme right groups in Brno, Czech Republic, a young girl scout was pictured facing off a visibly exasperated neo-nazi.

Arms defiantly by her side, the scout, Lucie, remained calm, cool, and collected.

She was reportedly part of the counter-protest that was being held to challenge the far-right march against the European Union and immigration. The photo, which was originally taken by Vladimir Cicmanec, joins the ranks of other evocative images that show women calmly resisting hate and intolerance.

Read More: This Woman Stared Down a Far-Right Racist With the Ultimate Act of Defiance

By Tuesday, the image had been shared on the Scout’s Movement Facebook Page, which celebrated the scout’s diversity and steady resilience in the face of hatred.

“People from all walks of life, and #Scouts among them,” the post read. “Came to the streets during an extreme right march yesterday to express their support for values of diversity, peace and understanding. Creating a better world!”

Unlike the United States, the Czech Republic has a co-ed Scouts program. Alongside boys and girls her own age, Lucie held a sign that read “We will raise your children” — a Scout motto.

Read More: 8 Photos of Badass Women Who Made Hatred Shrink in Their Presence

People all over the Internet heralded Lucie as “fearless,” a reminder that activism has no age limit. Here’s what else people had to say:

For your "Young Women Laughing At Fascists" collection: A photo taken yesterday of a girl scout laughing at neo-Nazi in the Czech Republic. pic.twitter.com/XcUzlQ19bw

a photo taken this week of a girl scout laughing at neo-Nazi in the Czech Republic. pic.twitter.com/pHMadZa23R