Why he’s bringing a soccer ball and living on $1.50 AUD per day. 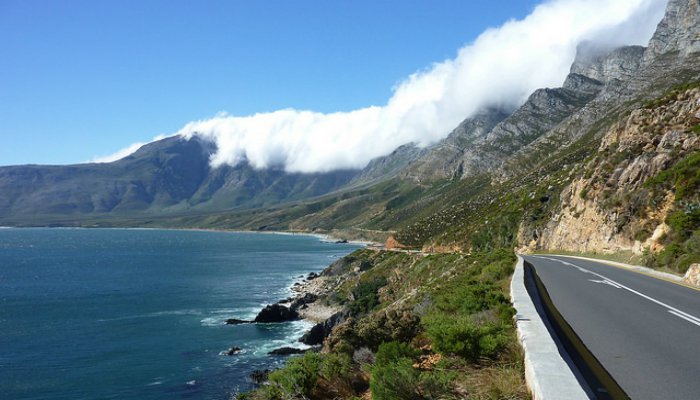 Many people would be happy to rack up 10,000 steps a day on their Fitbit, but from June to August one Australian man will be walking 3 million steps – coast-to-coast across southern Africa. Not only that, but he’ll be living on $1.50 AUD per day and kicking a soccer ball the entire way, all in the name of ending poverty. I caught up with Matt Napier of Walk to a Better World to find out why…

G’day Matt, what are you hoping to achieve by doing this?

I want to make Australians more aware of the situation of some of the world’s poorest people and the obstacles they face day-to-day. As a median, Australians are the wealthiest people in the world, so I feel we should be doing more for the world's most vulnerable. Instead our government has taken an axe to Australian aid over the last few years. By stepping out I want to encourage Australia to step up and do its fair share, and become a better global citizen.

3 million steps is a pretty long way – are you sure you can walk that far?

Sometimes I wish I was more of an athlete but I’m just a regular guy who wants to make a difference in the world. I remember doing the school walkathon, being in the last few finishing and the teacher telling me to hurry up or I’d miss the bus home. So when I first decided to raise awareness for global poverty by cycling across Australia in 2012 I was a little nervous if I’d make it or not. It was certainly hard in patches, but after 6 weeks I finished the ride and was hooked. The next year I walked 4500km from Perth to Sydney bouncing an Aussie Rules football the whole way. Temperatures ranged from 45 degrees to minus 8, I had blisters covering both feet, severe sunburn and dehydration – but I couldn’t give up, because this cause is way too important to me.

Why did you start making all these incredible journeys?

It was on a trip to Nepal about 8 years ago where I first encountered extreme poverty – children as young as five years old begging on the street with no school to go to. I thought to myself ‘why should I have been so lucky?’ The only difference between us was the country we were born into, and I’d soon be back to my privileged life in Australia. From then on I wanted to raise awareness and help the world’s poorest have a voice.

Was this a change in direction for you?

It really made me have a good look at myself and what I wanted to achieve out of life. Soon afterwards I met Wendy, who would later become my wife. I joined her garden maintenance business in Canberra and we decided to work as hard as we could for four years so we could take time off to do our voluntary work. We’d often start at 6am, not get home until 8pm, then be doing the admin. But we’re happy to work hard because then we donate half of the profits to charity. We also started holding a garage sale from our house every six weeks, selling donated goods from the community with proceeds going to sustainable development projects; over the past two years we’ve funded a community bank, a preschool, a piggery and a chook pen just to name a few. So this was certainly a turning point in my life.

The Walk to a Better World will begin in Walvis Bay on the coast of Namibia. From there we’ll head west towards the capital, Windhoek, which has an altitude of 1700m, so the first few hundred kilometres will be quite a steep climb in parts. Then we walk through Botswana and the Kalahari Desert in a southeast direction towards South Africa, where the weather will get a little cooler. We’ll pass through Tshwane, formerly known as Pretoria, the administrative capital of South Africa, before heading to our final destination: Maputo, Mozambique. I’ve been told that Mozambique has one of the most beautiful coastlines in the world so it’ll be a magic way to finish this epic journey.

That’s a few different languages – how will you connect with people along the way?

I don’t speak any language other than English, so I’ll have two local guides with me. But sport is also fantastic at bringing people together from all walks of life, so I’m kicking a soccer ball the entire journey to give me some way to connect with locals along the route.

You won’t be walking alone then?

No I won’t be alone I’ll have my wonderful wife Wendy with me the whole way. She has been a fantastic support for me on my two trips across Australia and has done a massive amount of work in organising this walk. My two local guides will also help with the logistics of the walk, and I’ll have a documentary cameraman so I can upload video blogs and supporters can follow me.

I think if I’m to try and be a voice for the world’s poorest back home I need to walk in their shoes and try to experience what it’s like to live on so little – that’s why I’ll be doing the walk living under the international poverty line. We’ll be living a very basic existence for the two and a half months we’re on the walk – camping out each night, and only able to spend $1.50 AUD a day on food – so we’ll mostly be eating local staples such as beans, maize and other vegetables.

What actions can people take to support what you’re doing?

We’re encouraging people to take a pledge to help eradicate extreme poverty from the world by giving one percent of their income to one of four charity partners. We’ve carefully chosen the charities we believe can demonstrate the best value for money when donating to support sustainable development projects: Caritas, Care, Oxfam and the Fred Hollows Foundation. There is a link to the pledge on our website www.walktoabetterworld.com. I’m also posting blogs most weeks in the lead up to the walk which people can read there or on our Facebook page, so please ‘like’ and share it to help us spread the word that a world free from extreme poverty is attainable within the next generation!