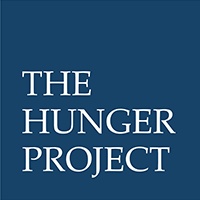 6 Facts That Show Ending World Hunger By 2030 Is Possible

The world has made great progress so far. 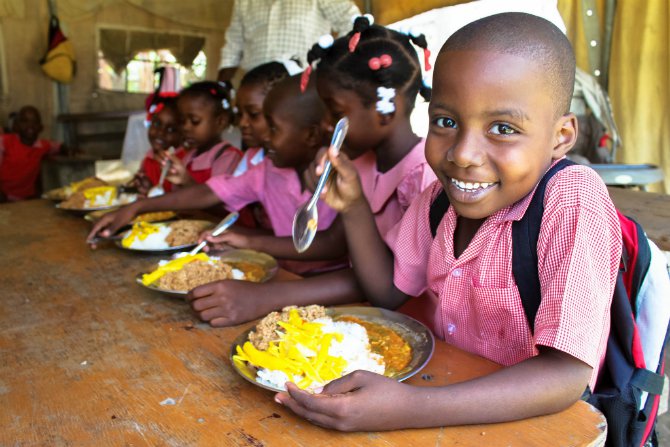 Hunger is not inevitable. It is not too big of a problem to solve. In fact, it has improved dramatically in just the last 30 years. Indeed, not only have 193 countries committed to ending hunger through the Global Goals, international reach institutions like the World Bank and United Nations  have determined ending extreme poverty and hunger by the year 2030 is an ambitious, yet achievable, goal in need of transformational policies that address inequality and boost shared prosperity. Ending hunger by 2030 is possible. Here’s why:

1) Contrary to popular belief, world hunger has, on the whole, improved

Since 1990-92, the number of hungry people in the world has declined by 216 million people, despite an increase in world population of two billion. That’s 7 million less than just a year ago. 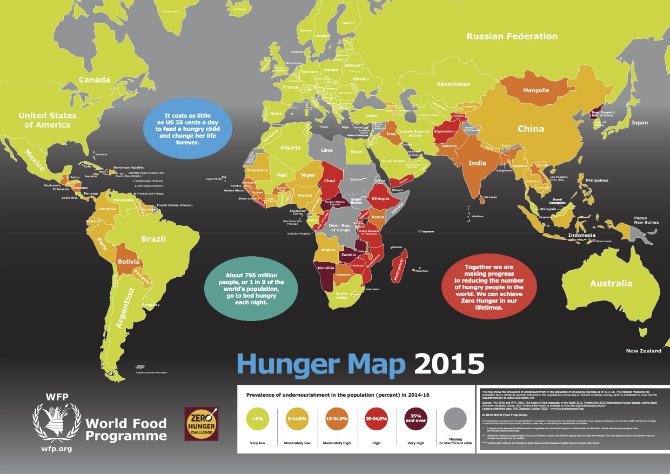 Seventy-two out of the 129 of the countries monitored achieved the target of halving the prevalence of undernourishment by 2015, with developing regions as a whole missing the target by a small margin. In addition, 29 countries have met the more ambitious goal laid out at the World Food Summit in 1996, when governments committed to cutting in half the absolute number of undernourished people by 2015.

There has been a 40% decrease in child stunting in the past 25 years.

And because poverty and hunger are inextricably linked, this has a direct impact on ending hunger. According to World Bank scenarios, if we assume a per capita growth of 4 percent in each developing country (which has been the average growth rate of developing countries as a whole from 2000 to 2010) as well as unchanged income distribution (equivalent to the average for developing countries as a whole from 2000 to 2010), it is possible to bring global poverty to 3% of the world’s population – what is viewed as a statistical end to poverty – by 2030.

More than ever, investing in nutrition and the end of hunger is seen as a key development priority. Global Goal #2, the “Zero Hunger” goal, calls for ending hunger and improving nutrition by 2030, and 193 have committed to making this happen. 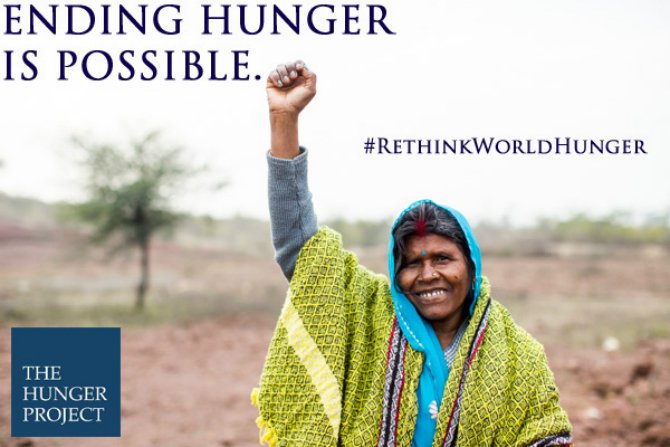 While these facts demonstrate tremendous progress, ending hunger by 2030 remains a colossal task. An unacceptable 795 million people – one in nine people – live in chronic hunger. Governments and the global community must allocate sufficient resources and pursue policies and investments that promote equality while enlisting full participation at the grassroots level. Indeed, inclusive growth – growth that provides opportunities for those with few assets, skills and opportunities – improves the incomes and livelihoods of the poor, and is effective in the fight against hunger and malnutrition.

This article was contributed in support of the Hunger Project. The views expressed here are not necessarily those of each of the partners of Global Citizen.