Over 200 boys and girls visit the Naya Nagar Center daily after school. 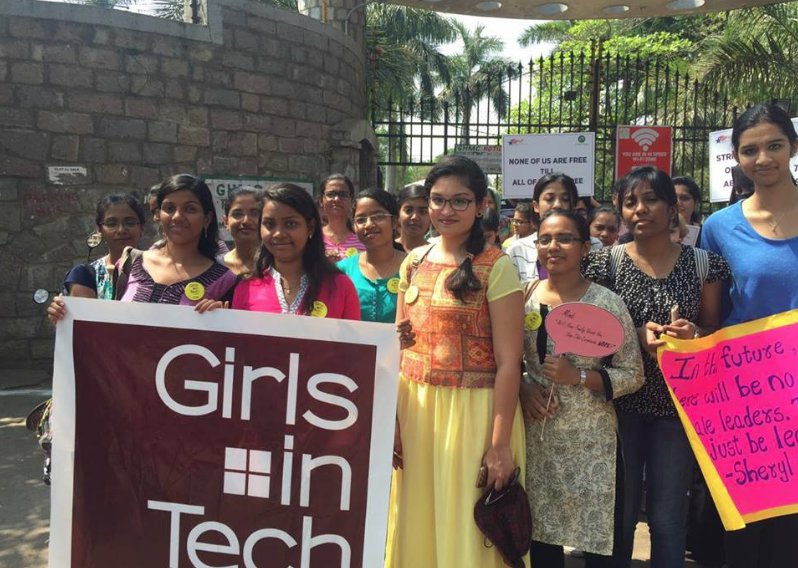 Seventeen-year-old Ansuja Madival achieved what was for her the unimaginable when she launched her own app, “Women Fight Back,” on the Google Play store.

Her app focuses on women's empowerment and it’s part of a much bigger trend in India.

Take Action: 130 million girls are not in school. This must change.

She's part of a group called the “Tech Girls” that's based in Dharavi, one of the world's biggest slums, located in Mumbai.Through the program, girls from underprivileged communities in Mumbai are learning to code by creating mobile apps that tackle daily challenges in the slums: sexual harassment, water scarcity, and lack of education.

Dharavi Diary, a non-profit organization run by documentary filmmaker Nawneet Ranjan, teaches girls basic coding skills, English, math, and computer applications such as Microsoft Powerpoint, and Excel. Today, over 200 boys and girls between the ages of eight and 21 visit the Naya Nagar Center daily after school.

“When you understand the process of creation, you care more, which is completely missing in our education system. Through this (project), I get to inculcate an attitude of questioning the status quo,” Ranjan, who is from Muzaffarpur, a small town in Bihar, told Quartz.

Read More: These Cambodian Girls Created and Pitched an App to Google to Fight Poverty at Home

The organization was initially open only to girls.

“In lower income households, resources go to boys,” Ranjan said. “We wanted to change the narrative and (offer girls) resources and mentorship.”

According to a report by Save the Children, girls in the low-income households usually have to  cook, run errands, or take care of younger siblings, while their male peers go to school.

Last year, Dharavi Diary’s Girl Coding Project received a $10,000 grant from the GO Campaign, and some funds from California tech company Nvidia to help it stay financially afloat. There are five teachers and three fellows that assist the kids at the center.

Although Ranjan doesn’t have enough mentors, the high demand for Dharavi Diary School has been increasing, and he plans to rent a bigger space.

So far, Dharavi Diary has won the Google Rise Award, which helped expand the program beyond the slums to other underprivileged communities in Mumbai, as well as Hyderabad and Pune. The organization has met nearly three-quarters of its current fundraising goal of around $233,000 from corporate and individual backers, according to Quartz.

The “Tech Girls” have also been on platforms like TED, which has built up their confidence, Ranjan said.

“There’s a happiness quotient and a sense of ownership in the girls,” Ranjan said proudly. “Over a period of three years, they have understood the value of personal voice and acquired the skills to say no when they mean no, like in the case of domestic violence or eve-teasing (road-side harassment).”

Read More: How Technology and Connectivity Can Extend Refugees' Opportunities Beyond Borders

Another free program in India is inspiring girls to become involved in computer science and technology.

Robotix focuses on girls who also come from underprivileged backgrounds and is closely tied to the Robotix League, which hosts an annual robotics competitions and training events dedicated to young innovators, according to Mashable.

Across the developing world, women are learning to become innovators in the technology industry.

For example, in Ghana’s mentorship program, Tech Needs Girls, creates an environment for young women to learn computer skills. Approximately 205 girls and 15 mentors — female computer scientists and engineers — are enrolled in the program. Their goal is to send the girls to universities to further their studies.

With initiatives like “Tech Girls,” that’s beginning to change.

Global Citizen campaigns to ensure equal rights and opportunities for women and girls. You can take action here.

Topics#womeninSTEM#WomenAndGirls#GenderEquality#Innovation#India
Brought to you by