But they’re not the majority. 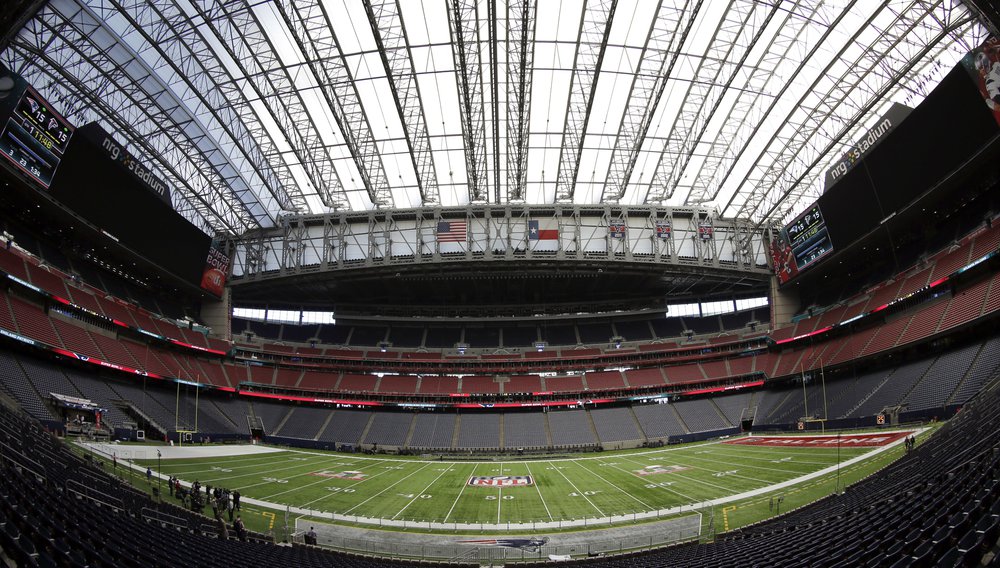 And the NFL? Crickets.

As the National Football League prepares for its main event — Sunday’s Super Bowl — political discussion of Trump’s contentious policy has been at a minimum.

“I would really like to just focus on the game and just talk about football.” - Mohamed Sanu, Atlanta Falcons player

Martellus Bennett, a tight end on the New England Patriots, said he would not visit the Trump White House if the Patriots win the championship. “I don’t support the guy that’s in the house,” he told reporters.

The Atlanta Falcons’ Mohamed Sanu, who is Muslim, only commented on the travel ban when pressed.

“It’s a very tough situation,” he said. “I just pray that us as a country and a world can be united. It’s really hard for me to talk about this right now. It would take a lot of time. I would really like to just focus on the game and just talk about football.”

According to Dave Zirin, a sportswriter for The Nation, there are several reasons behind the sparse commentary from NFL players.

One league, the NBA, is in-season, and the other, the NFL, is not, which means that many football players are “literally going into hibernation,” Zirin told Global Citizen. The NFL is, furthermore, “institutionally a much more conservative league than the NBA,” he said.

Read more: How the NBA Is Quietly Becoming the Most Progressive Pro-Sports League in America

But ultimately, the difference in political reactions from the NBA and the NFL is a question of league demographics.

“What it comes down to is the NBA really is a global league, and the NFL is not,” Zirin said.

About one quarter of NBA players were born overseas, including Luol Deng and Thon Maker — both refugees from Sudan, one of the countries explicitly targeted by the travel ban.

The NBA also fields a team in Canada, the Toronto Raptors — which means the logistics of league play could be disrupted by the travel ban (though they haven’t been so far).

“This country was built on inclusion and diversity.” - Arthur Blank, Atlanta Falcons Owner

In the NFL, these questions do not exist. There are a grand total of 50 NFL players with a nationality other than American, with a large portion of them coming from Canada.

But just because NFL players haven’t been as outspoken about Trump’s refugee policy doesn’t mean the Super Bowl won’t be imbued with an extra layer of political intrigue this year.

Atlanta Falcons owner Arthur Blank came out staunchly in opposition to Trump’s travel ban on Tuesday. “I’m troubled by anything directionally in our country that separates people,” he said.

“This country was built on inclusion and diversity, on celebration of those differences, supporting those differences, and everybody being the very best they can be in their own way. I’m opposed to anything that takes away from that.”

This statement places Blank in direct opposition with Bob Kraft, the owner of the rival Patriots, who is a loyal Trump supporter, and also Patriots quarterback Tom Brady — who has connections to the Trump family, and a friendship with Donald Trump.

Adding to the political complexity of this year’s Super Bowl, is the fact that if the Atlanta Falcons win the Super Bowl, Zirin says, “they’ll be marching through John Lewis’ district.”

President Trump came under fire from politicians on both sides of the aisle for his criticism of Lewis, a civil rights leader and black Representative from a Southern state, back in January.

Furthermore, Houston, where the game is to be played, accepts more refugees than any other American city, according to the Houston Chronicle.

“If Houston were a country,” the Chronicle reports. “It would rank fourth in the world for refugee resettlement.”

Throw staunch Hillary Clinton supporter and halftime performer Lady Gaga into the mix, and you have the potential for an explosive Super Bowl.

“It is quite the interesting fight on the field, with political overtones,” Zirin said.

But whether this on-field tension leads to constructive political discussion is another matter altogether.

Let’s hope players in all sports leagues — and not just the NBA — use their voices to add to the important discussion surrounding immigrants and refugees, rather than to simply distract us from it.