These fair-trade PJs are keeping girls out of sex slavery

Sudara gives girls in India a chance to pursue their dreams and help their children.

Each day you are faced with choices to make as a consumer, and making ethical purchases can do so much more than benefit the environment.

It can save the lives of girls and women, such as Sara, who feared abusive industries or being coerced into sex slavery from an early age.

Below is Sara's story, which is contributed from Sudara.

Sara grew up with a father who was an alcoholic. She spent many nights hiding and trying to drown out the sound of her father hitting her mother. One night, though, Sara overheard her mother talking with a friend about no longer being able to bear the abuse from her husband. The friend suggested a job she heard about in Mumbai that paid well and provided a place to live. Desperate to be free from the abuse she faced each night at home, Sara’s mother left the next day. However, there was never a job waiting for her mother in the city; when she arrived in Mumbai she was sold into the sex-trade. Several months later, and with no signs of her mother returning home, Sara’s father told her that he no longer wanted to care for her and walked out.

After her father left, Sara went to live with her grandmother so that she could have a safe place to live and continue her schooling. Prior to graduation, though, her grandmother became ill and could no longer provide for her. Sara had no other family in the village and was scared that she, too, may be forced into the sex-trade after her grandmother’s death. Unsure of where else to turn, she met with a community worker who then told her about Sudara’s centers.

Sara is currently enrolled in cosmetology courses after completing sewing courses last year. She has not yet decided what she wants to do after graduation, but she told us that she is - for the first time in her life - no longer scared about her future. 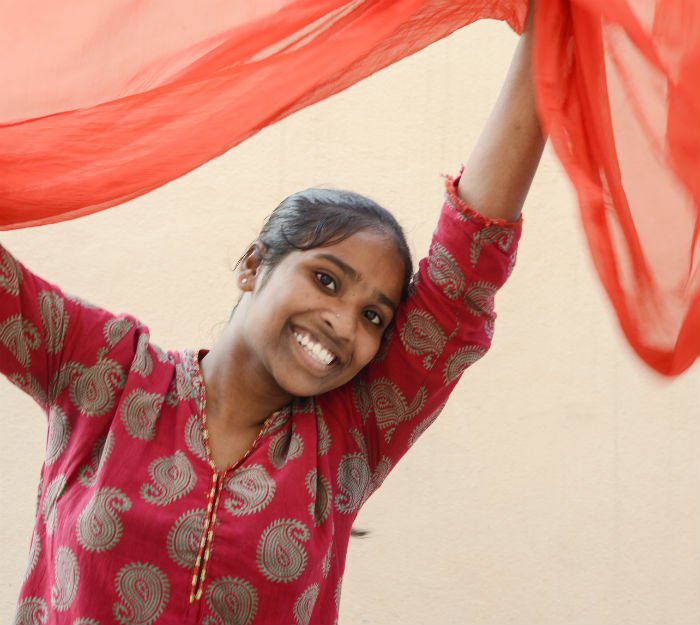 Sara’s story is such a success and she’s only one of more than 300 women who through Sudara gain skills which can provide a long-term career, freedom from sex slavery, provide for their children, and hope for a better future.

Finishing touches being put on the Sara's Women's PUNJAMMIES.

Right now, Global Citizen is proud to support and offer Sudara’s Women’s PUNJAMMIES™ --which are named after Sara! Plus, these are some seriously comfy PJs, just in time for the next few chilly months.

Sara’s Sudara Women’s PUNJAMMIES™ are not the only ones we’ve got too. We’re featuring PUNJAMMIES™ for men too, which come in beautiful colors, and patterns inspired by local culture.

It’s empowering to know your purchases make a difference. You have the power to help end sex slavery and extreme poverty by supporting ethical fashion.