Shkreli came to fame for hiking a malaria drug by 5,000%. 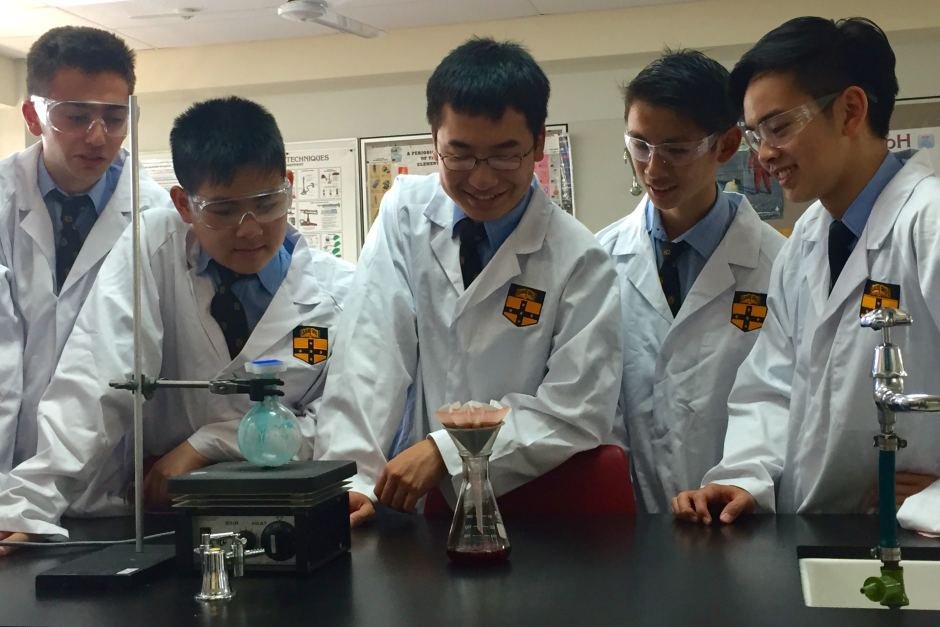 Martin Shkreli, the pharma tycoon who hiked the price of a malaria drug by 5,000% last year, is not happy with four Australian teens who created a version of the same drug that costs just $2 a dose.

@nedavanovac lol how is that showing anyone up? almost any drug can be made at small scale for a low price. glad it makes u feel good tho.

This week, students in 11th grade in Australia created the same life-saving drug in their school laboratory for just $2. After journalist Neda Vanovac congratulated the boys on Twitter, many renewed their criticisms of Shkreli, and he struck back with a slew of tweets criticizing and diminishing the students' accomplishment.

I'm "dragging" the adults, like you, who are using them to extend an incorrect and misleading narrative. https://t.co/cLDjS3rQdJ

And never, ever compare your cook game to mine. Highest yield, best purity, most scale. I have the synthesis game on lock.

Australians mostly calling in to apologize on behalf of their country. LOL.

But the Australian students took it all in good stride.

“Saying to us that anyone could do what we could do is certainly true,” Leonard Milan, one of the students, told the Guardian Australia. “But the fact that we were able to substitute some really toxic gasses with simple school-available chemicals and do it so cheaply demonstrates the absurdity of some of his justifications for the price.”

Dr. Alice Williamson, who guided the experiment, explained that showing how inexpensive and easy the drug was to produce, and in turn highlighting how unfair Shkreli’s up-hikes in price are was part of the point of the project.

If having their voices heard was the aim, it’s clear the Internet has made the highlighting of unfair drug prices a success. The story went global overnight, as the US edition of the Guardian picked up the piece.

Shkreli did not find any amusement in the popularity of the piece, and succumbed to taking out his anger on journalists.

These kids who 'made Daraprim' reminds me of Ahmed who 'made the clock'. Dumb journalists want a feel good story.

Shkreli then seemed to have reconsidered his response and he put out this strange, seemingly scripted video.

Though most of the short clip emphasizes Shkreli’s boasting about his own achievements, he saves a few seconds to delight in the news of young students pursuing STEM.

Unfortunately, the students are not be able to sell the drug in the United States because Turing still has exclusive rights to it. However, the awareness raised on the absurdity of Shkreli’s price hike is clearer than ever thanks to this group of high school students.

But have no fear because Shkreil’s crudeness is being used as further motivation by the students. They told the Guardian that the project had instilled a passion in them for science, and it’s clear to us that the experience has taught them ethics alongside STEM.