Participants march against sexual assault and harassment at the #MeToo March in the Hollywood section of Los Angeles on Sunday, Nov. 12, 2017.
Damian Dovarganes/AP
Citizenship

It’s time to know their names.

No matter how you slice it, there’s a nice ring to it.

Buttressed by the Women’s March on one end and the #MeToo movement on the other, 2017 brought protest and activism into the mainstream. No longer was activism a task relegated to the fringes of society — to the hardcore social justice warrior, the radical Marxist, the Antifa fighter. This was the year that even the shyest among us, the most tepid, took to the streets with signs and banners. “No ban, no wall.” “The future is female.” “Black lives matter.”

This was the year people said they’ve had enough.

Take Action: Fight Misinformation by Sharing the Facts About HIV

Inherent in this shift was a change in the spaces where activism occurs. Activism wasn’t just found in the streets of the biggest cities, but in airports, chatrooms, classrooms, and rallies.

Some of these movements sprang up spontaneously, seemingly overnight; others were the result of years upon years of determined advocacy.

But throughout this year, these efforts have been spearheaded by inspiring, dedicated activists from around the world. Here are 17 activists you should know who took action in 2017:

The OG founder of the #MeToo movement, Tarana Burke has advocated for women and girls who are the victims of sexual assault since 1997, according to the New York Times. She created the #MeToo hashtag in 2006...on MySpace.

As legions of women and girls from around the world have added their voices to the movement, and the movement has taken on an increasingly global nature, Burke is finally getting her moment in the spotlight. Earlier this month, Burke joined actress Alyssa Milano on the Today show to call for more action.

At the age of 19, Muzoon Almellehan, known to some as Syria's Malala, became the youngest-ever UNICEF Goodwill Ambassador, as well as the first-ever refugee to hold that position. Almellehan spent 18-months in the Za'atari refugee camp in Syria, where she advocated for girls' right to an education. In 2017, she's carried on that mission, visiting young girls in Chad who have been affected by the extremist group called Boko Haram.

A Brazilian-born journalist and activist, Caroline Criado-Perez has spent years advocating for greater women's representation in British society — putting women on everything from statues to currency. In September of this year, her hard work paid off when the £10 note featuring novelist Jane Austen officially went into circulation.

This wasn't her only victory of the year. Criado-Perez also mobilized women's rights advocates around the creation of a statue of a suffragette, Millicent Fawcett, outside of Parliament, and even enlisted Emma Watson and JK Rowling in her efforts. In April, Prime Minister Theresa May green-lighted the project, setting aside part of a £5 million fund for projects that focus on the voting rights of women to the statue. 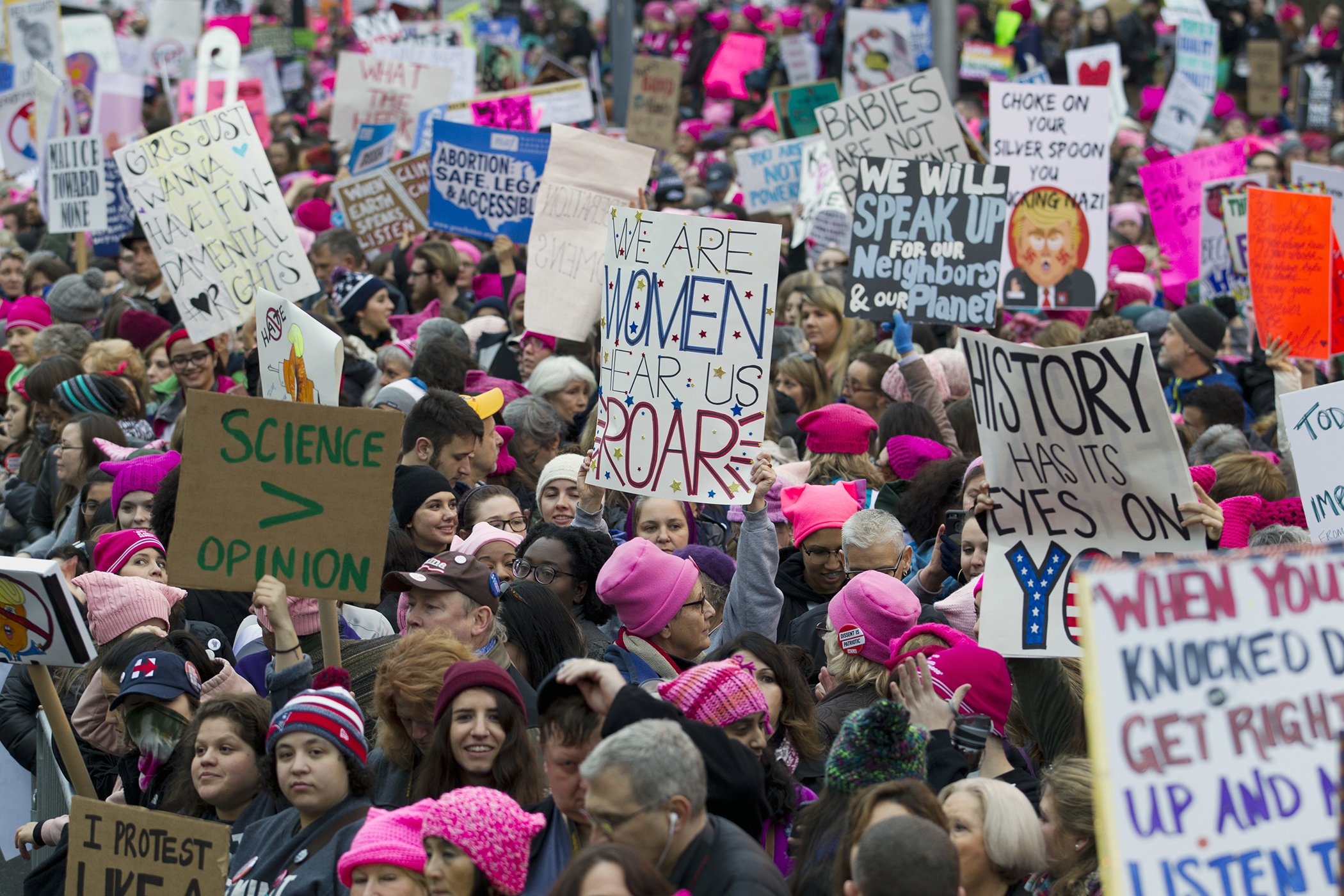 The co-founders of the Women’s March — Bob Bland, Tamika Mallory, Linda Sarsour, and Carmen Perez — came together from very different backgrounds in activism to catalyze one of the most unified marches in US history.

Around the world, an estimated 5 million women came together on Jan. 21 to call for a world that is “equitable, tolerant, just and safe for all.” According to Fortune, the founders were able to organize the march in just two months.

Since then, the organization has continued to advocate for women, immigrants, non-gender-conforming individuals, and vulnerable populations.

Praeli, now the immigration policy officer at the American Civil Liberties Union (ACLU), lived in the United States as an undocumented immigrant for 13 years — and now advocates for others who are in that same situation.

In September, the Trump administration announced it was going to terminate Deferred Action for Childhood Arrivals (DACA), a program that helped approximately 800,000 children of undocumented immigrants who were brought here as children stay legally in the US.

The ACLU promptly sued the Trump administration. Praeli has been at forefront of bringing awareness to this policy on a national level, leading the grassroots campaigns to mobilize against it. 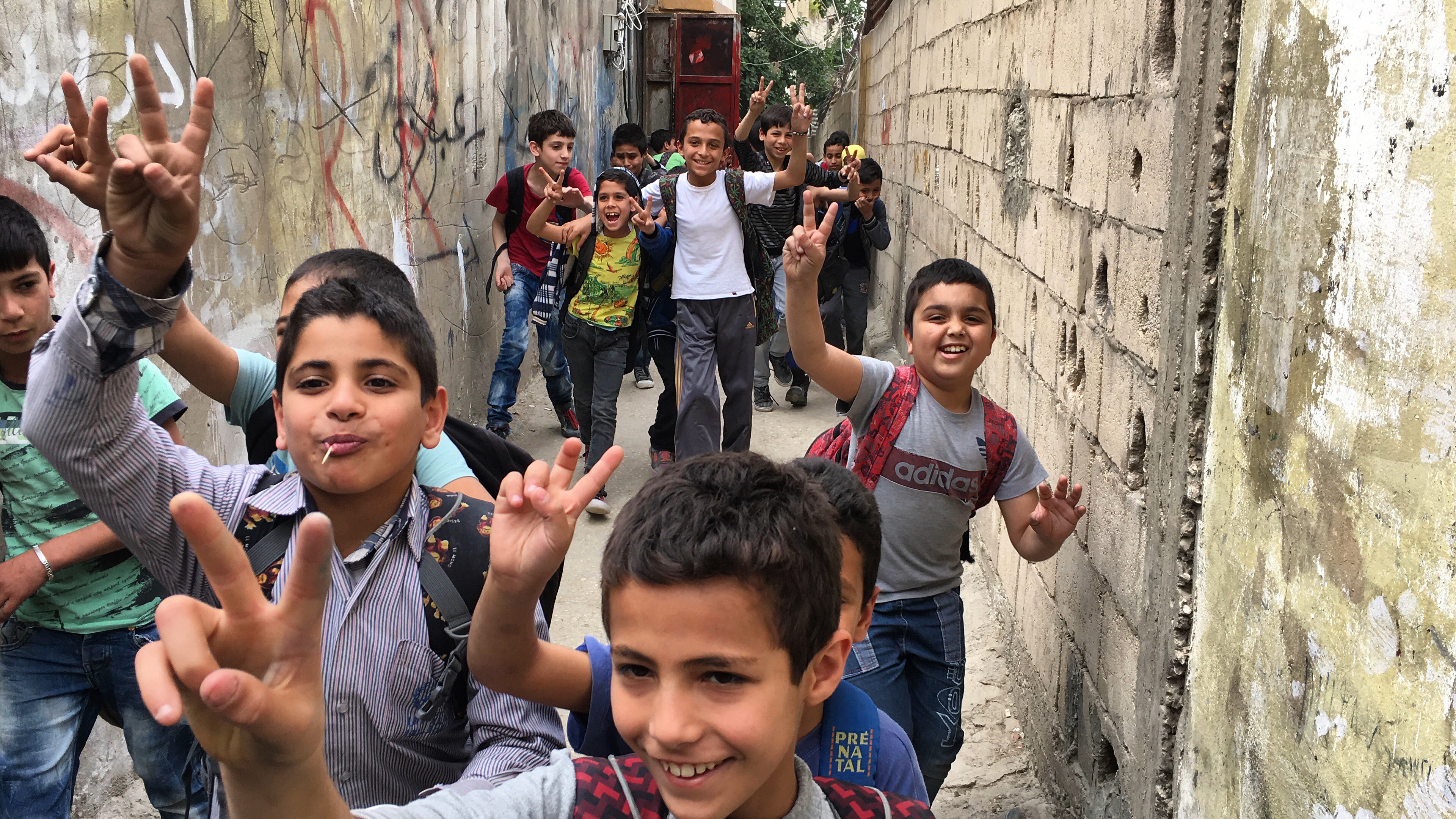 Perhaps best known for posing as a drowned Syrian toddler, or for breaking Han Dynasty urns on camera, Chinese dissident artist Ai Weiwei has never been afraid to take his art and his activism into the streets. This year has been no different.

Weiwei launched a campaign to install more than 300 sculptures of cages, fences, and walls in New York City to bring awareness to the global refugee crisis. The citywide exhibit was accompanied by a documentary called “Human Flow” that captured the immense scope of the crisis, which affects more than 65 million people around the world.

Read more about the documentary here.

There’s a lot women can’t do in Saudi Arabia. One such thing is driving a car — until recently.

Driving was illegal for women in Saudi Arabia until a royal decree was passed this September to finally ~ curb ~ the limitation.

Even before the decree, Saudi activists Loujain al-Hathloul and Sahar Nassif never let this stop them from putting the pedal to the metal. In June, Al-hathloul was arrested for the second time for driving, Thomson Reuters reports. Her first arrest led to a 73-day detention in 2014, when she attempted to drive from Saudi Arabia to the United Arab Emirates (UAE).

Nassif was arrested in 2013 after posting a video of herself driving on social media. This year she got her ultimate poetic justice when Ford gifted her a brand-new Mustang.

Who looks like they have power here, the real Brummy on the left or the EDL who migrated for the day to our city and failed to assimilate pic.twitter.com/bu96ALQsOL

If there’s one picture that perfectly sums up “the resistance” in 2017, it’s this. Saffiyah Khan, the woman at the center — er, left — of this picture stood up to a far-right rally in Birmingham, UK. Khan is half-Pakistani, half-Bosnian, and just 20 years old, but that didn’t stop her from standing face-to-face with a group of 20 far-right protesters who had “confronted” a woman wearing a hijab.

Since being catapulted to fame by her defiant picture, Khan has taken her talents to modeling, where, according to The Guardian, she plans to “bring some of her determined activism to the fashion industry.”

In October of this year, Kailash Satyarthi, who won the Nobel Peace Prize in 2014, walked more than 7,500 miles to bring awareness to child labor, sexual violence against children, and the need for better educational opportunities in India. Along the way he met with community leaders in more than half of India's 35 states and called on Prime Minister Narendra Modi to pass legislation to address these issues.

Writers and actors can be activists, too. Lena Waithe, who stars in Aziz Ansari’s hit show “Master of None,” is on a campaign to bring inclusive storytelling to Hollywood.

Fresh off becoming the first African-American woman to win an Emmy Award for comedy writing, Waithe has continued to advocate for people of color and LGBTQ people. Her new show “The Chi” humanizes the stories of black boys living on the south side of Chicago.

“When we aren’t seen in an accurate and human way, people will be found desensitized to our deaths,” she said in an interview with Variety. “It is my mission that people can watch ‘The Chi’ and they see these characters — these young boys on the south side of Chicago being human — that when they hear a news story about a young boy on the south side of Chicago being killed, it won’t just be background noise.”

Dolores Huerta may be 87 years old but, much like Frederick Douglass before her, she “is being recognized more and more” for her activism. This year, a new documentary put the spotlight on Huerta’s work as an advocate for labor rights.

“The poorest of the poor of the farmworkers—the most denigrated and humiliated people—came together and were able to have enough power to overcome the president of the United States,” she says in the documentary. “And I think that’s the message that people need to hear today. Not to despair, but we can actually come together and make this happen. Create a better nation.”

I've never said this before: Charles Barkley was right.

The Democratic Party relies on Black allegiance, but primarily uses it for white power. This needs to end right now.

Writer Shaun King has harnessed the power of social media to bring justice to populations that have suffered violence at the hands of the police, far-right groups, and white supremacists.

After violence erupted at a white supremacist rally in Charlottesville, and a black man was attacked by six white men branding weapons, suffering a “spinal injury and a deep head laceration,” according to his lawyer, King used Twitter, Facebook, and other tools to identify three of the six perpetrators of a violent attack and share that information with the authorities.

This last activist on this list can only be celebrated in memoriam. A counter-protester at the same Charlottesville white supremacist rally, Heyer was struck by a car that plowed into a group of counter-protesters and killed on Aug. 13, the New York Times reports.

Heyer was remembered by those who knew her as a “sweet soul” who stood up against “any type of discrimination,” according to friends and coworkers.

In light of her death, Heyer’s mother Susan Bro took on her mantle of activism, saying: “They tried to kill my child to shut her up. Well, guess what? You just magnified her.”

Global Citizen campaigns on the Global Goals for Sustainable Development, including goal number eleven: reduced inequalities. These 14 activists, and many, many more, are out in streets, and online, every day pushing for this vision to become a reality. You can join us and take action on this issue here.

TopicsActivism#MeTooWomen's March2017Year-End
Participants march against sexual assault and harassment at the #MeToo March in the Hollywood section of Los Angeles on Sunday, Nov. 12, 2017.
Damian Dovarganes/AP