Africa’s own tech hub is improving lives, one app at a time.

Say you're in Nairobi, Kenya, and you want to catch a bus to Nairobi National Park. (I mean, who wouldn’t? That place is crazy scenic.)

The problem is, a three-car pileup is causing major traffic problems in your part of the city, and you’re worried it’ll take forever and a day to get there the usual way.

Want to find a better route? There's an app for that.

Just pull out your phone, open Ma3Route, and you’ll be on your way before you can say “Eastern black rhinoceros” (or any of the other majestic species who call the park home).

Actually, these days there's an app for just about everything in Kenya. Sub-Saharan Africa’s fifth biggest economy is fast becoming a tech hub, with dozens of startups making everything from mobile payment apps to surge-resistant Internet routers. Kenya’s startup upswing is so big and so substantial, it’s attracting interest from the likes of IBM, Microsoft, and GE.

All that innovation is generating plenty of buzz in East Africa and beyond, inspiring commentators to draw comparisons between Kenya and Silicon Valley, the birthplace of American tech behemoths like Google. Some have even gone so far as to dub Kenya the “Silicon Savannah.”

How Nairobi is earning its nickname as the developing world's #SiliconSavannah via @Inc: http://t.co/pONzHFd2sRpic.twitter.com/ASdhIaHZaU

It’s a clever nickname—but “Silicon Savannah” doesn’t tell the whole story. Because unlike Silicon Valley, which these days tends to cater to the young and wealthy while seemingly ignoring the glaring inequalities in its own backyard, Kenya’s innovators are using technology to tackle some of their country’s most pressing needs.

The following five companies are some of Kenya’s best-known, most impactful, or just plain coolest startups. These forward-thinking companies, and others like them, are making life better in Kenya—and that’s just the start.

The aforementioned website, app, and mobile service wants to “make traveling easier in developing countries by democratizing timely transport information.” Think of Ma3Route as a dedicated Twitter feed for traffic updates: Users submit up-to-the-minute recommendations about which routes to avoid and which commuter buses (aka matatu) are running smoothly. BBC Pop Up recently did a video profile on the creators of Ma3Route and their ambitions—check it out here.

Eneza is a small startup with a lofty goal: “spreading education everywhere.” In Kenya, that means getting quality educational materials in the hands of every schoolkid, even in rural parts of the country where schools are chronically under-resourced. To do this, Eneza (which means “to spread” in Kiswahili) takes advantage of something 93 percent of Kenyans already have: cell phones. For a small fee, students can complete lessons, take quizzes, and even search Wikipedia—all via text message. When Eneza demoed its product in two schools last year, students saw a 20 percent jump in performance. A+ stuff, Eneza! 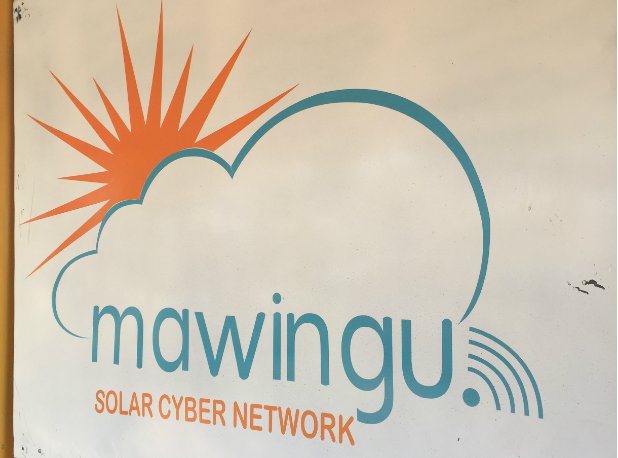 We live in a world where somewhere close to 4 billion people can’t access the Internet and all its benefits. Enter Mawingu (or “cloud” in English), a startup that wants to bring WiFi connectivity to rural Kenya. Much bigger startups are trying everything from hot-air balloons to small satellites to improve Internet access, but Mawingu’s approach is no less innovative: solar-powered WiFi routers connect villages to a readily accessible yet mostly untapped wireless Internet signal known as “TV white space.” As odd as this may sound, thanks to Mawingu, some villages in Kenya now have Internet, but no electricity! Satya Nadella, CEO of Microsoft, recently praised Mawingu in an article for Quartz

Ushahidi, which takes its name from the Swahili word for “testimony,” started as a way to map reports of violence triggered by the 2008 elections in Kenya. Since then, the service has grown into a tool for gathering, crunching, and visualizing crowdsourced data about all kinds of events, from elections to disasters. Ushahidi has attracted some big-name users, including the UN, and helped guide the response to such major events as the Nepal earthquake. 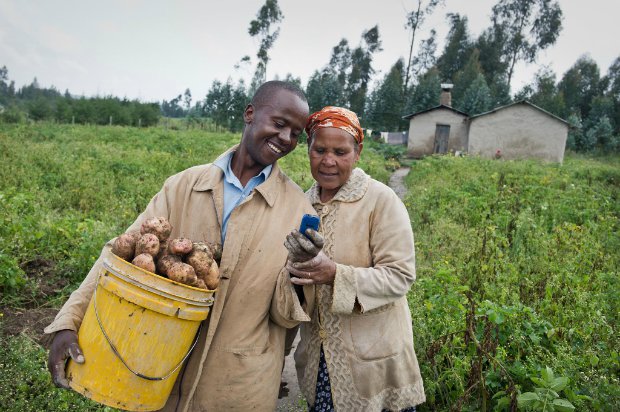 We don’t often think of farmers, particularly in places like Kenya, as needing access to tech to do their jobs. It’s not like seeds need WiFi to sprout or anything. But it turns out that technology can help farmers reap what they sow. Consider this: in Kenya, many small farmers have no way of knowing what the fair market rate is for their crops. That’s where M-Farm comes in. With the touch of a button, anyone with a cellphone can find out what they should be charging for their crops. This kind of transparency helps small farmers’ bottom lines in a big way.

If these five startups are any indication, innovation is alive and well in Africa. But for the millions of people living without electricity in sub-Saharan Africa, the full benefit of technology is still out of reach.  Go to TAKE ACTION NOW to help light up Africa.