These $2 birth kits could save millions of lives

The difference between life and death can sometimes be as simple as soap. 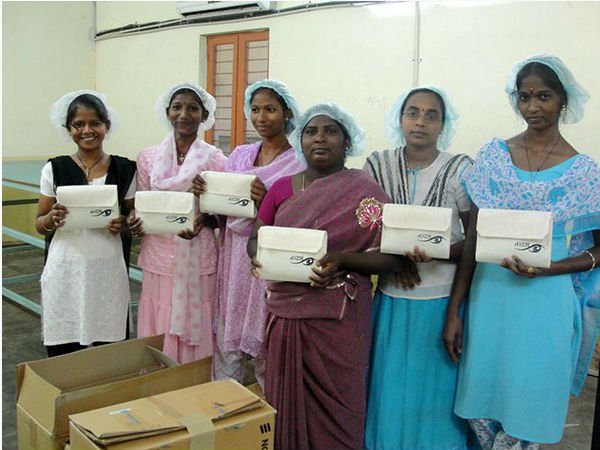 Around 830 women die every day because of childbirths that go wrong. For every woman who dies, 20 to 30 more women incur long-term health consequences.

99% of these health problems occur in the developing world. The vast majority could be avoided if basic resources were made available and skilled health providers were more common.

When Zubaida Bai explored this problem she realized that the latter part was, theoretically, an easy fix.

Her background is in product engineering with a focus on social enterprise. She first started to think about maternal mortality when she contracted an infection after giving birth to her son.

Had Bai lived in a country without an adequate health care system, the infection could have become far worse. Millions of women with similar infections do not receive proper care and regularly die.

Bai created an organization to address this injustice. She named it ayzh, an acronym for the initials of her family members’ names. Ayzh is pronounced “eyes,” to convey how the organization looks at the world from a different angle.

She designed a biodegradable clean birth kit called Janma that sells for $2 to $5 USD and contains, “a soft, blood-absorbent sheet that provides a clean surface for birth; medicinal soap for the birth attendant; disposable gloves; a sterile blade to cut the umbilical cord and a sterile clamp to secure it.” 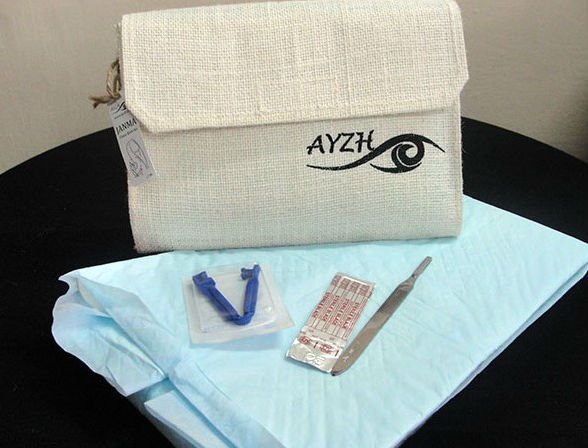 The kits are sold to nonprofits that focus on improving maternal health outcomes and to hospitals and health providers around the world.

In some instances, the kits are assembled in local communities, potentially creating an opportunity for employment and enterprise.

Azyh has so far sold more than 100,000 kits in more than 11 countries. After their initial use, the kits can even be used as purses.

They’re working on a newborn kit to accompany the birth kit that will include, “a clean receiving blanket, infant hat, antibiotic eye cream, umbilical cord medication and gauze to apply it, that will retail for less than $5.”

The organization aims to distribute millions of health kits around the world, potentially saving millions of lives.

Large-scale investments in infrastructure and the training of medical professionals are obviously still needed and will have a much larger role to play in reducing maternal mortality. In the short term, with millions of women giving birth in unsafe environments every year, it may take entrepreneurs like Bai to save people through the simplest of innovations like an affordable birth kit.