Theresa May weighed in on a heated domestic debate that exposed a divided and confused country. No, it wasn’t about the colour or texture of Brexit again. Instead, the Prime Minister stepped in to clarify her position on everyone's favourite spring time treat: Easter eggs.

During a visit to Saudi Arabia, the British Prime Minister took time out of her schedule to voice her outrage at the decision to drop the word “Easter” from the National Trust’s annual Easter egg hunt, organised in collaboration with the chocolate company Cadbury. Although the word “Easter” is used frequently throughout the promotion of the egg hunt, the new name “The Great British Egg Hunt” unleashed a level of fury not seen since... the day before, when some Brits seemed ready to go to war with Spain. The Church of England accused the organisers of “airbrushing” religion out of the festival. The Archbishop of York said the decision was tantamount to “spitting on the grave” of John Cadbury, the founder of the firm who was a devout Quaker. It turns out Quakers do not celebrate Easter though.

Theresa May stepped into the Great British Egg Hunt Debate within a matter of hours in a strongly-worded statement:

.@theresa_may says not including word Easter in title of @nationaltrust and @CadburyUK egg hunt is 'ridiculous' https://t.co/QZNi1m22OJpic.twitter.com/UrVqIo5nSi

This is the kind of outrage we like to see — though we may not lose any hair over whether the word “Easter” leaves or remains. There are enough other things in the world that are “frankly ridiculous” right now. There are plenty of reasons to be angry and perplexed. To stand up, speak out, and even take decisive action. Here are seven of the most urgent.

(You might want to grab some chocolate for this).

1. Saudi Arabia’s Use of Weapons “Made-in-Britain” Against Civilians in Yemen

Theresa May to visit Saudi Arabia in post-Brexit trade push, but will she discuss human rights? https://t.co/ChsftrhQ6bpic.twitter.com/iU3PZ6CxFG

It did not go unnoticed that May’s forceful words were raised en route to Saudi Arabia, where she was headed to discuss trade, security and humanitarian issues. As a prominent dealer in arms to Saudi Arabia, the UK has become implicated in the ongoing tragedy in Yemen where it has been reported that UK-made bombs have been used against civilian populations, by a Saudi-led coalition.

When asked about the UK stance on the deteriorating situation, Theresa May emphasised the importance of UK Aid in responding to the conflict. "We are concerned about the humanitarian situation - that's why the UK last year was the fourth largest donor to the Yemen in terms of humanitarian aid — £103m. We will be continuing with that," she told the BBC.

UK Aid is playing an important role in alleviating the crisis. But even members of May’s own party believe the government must put more pressure on the Saudi-led coalition to comply with international law and pursue a political solution to the conflict. In the words of Conservative MP Andrew Mitchell, by not pulling its diplomatic weight Britain is “tragically complicit” in Yemen’s “entirely man-made” famine.

Children are starving and they need your help. Take action now. 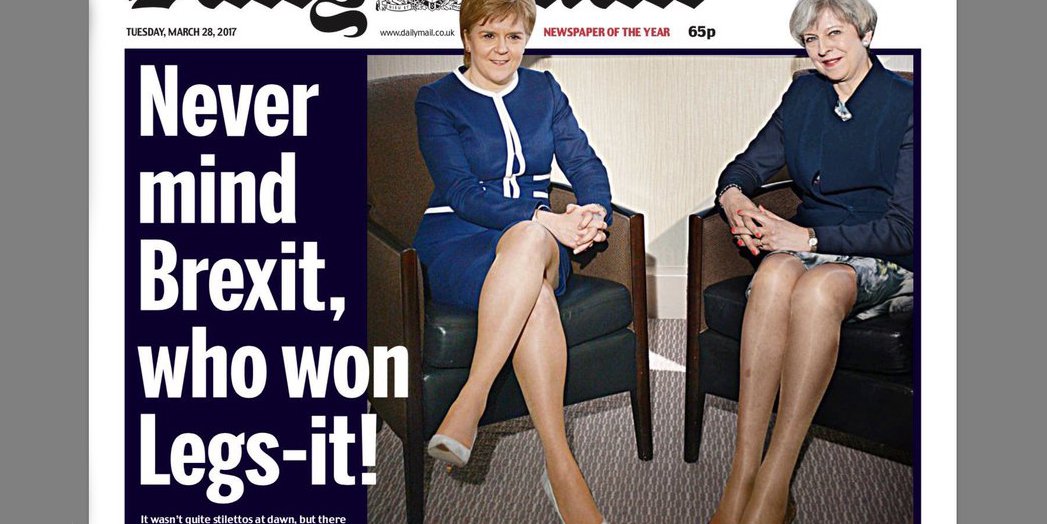 On her trip to Saudi Arabia, May was praised for taking a stand by opting not to wear a headscarf, following a precedent set by political figures like Hillary Clinton and Michelle Obama. In a country that enforces strict dress codes for women and even prohibits women from driving cars, this choice sent a strong signal.

However, closer to home, May did not condemn a controversial Daily Mail headline: “Never Mind Brexit, Who Won Legs-It?” The story reduced the historical significance of the discussions between the two leaders to a sexist contest for who has a “better” body. All this while there are more more urgent issues on the agenda — the future of the UK once it leaves the EU, and the risk of Scotland leaving the UK. May described the headline as a “bit of fun," while her spokeswoman said: “You would not expect me to comment on what newspapers should or should not put on their front pages."

Want to make a statement this #IWD2017? Do it with our T-shirts, now at a new lower price! Get yours here: https://t.co/TMfCUUsidfpic.twitter.com/u36Ogvg1Vd

May has emphasised that she is committed to gender equality. As she makes strides around the world leading Britain out of the EU, it’s important to hear her champion women’s rights at every opportunity. 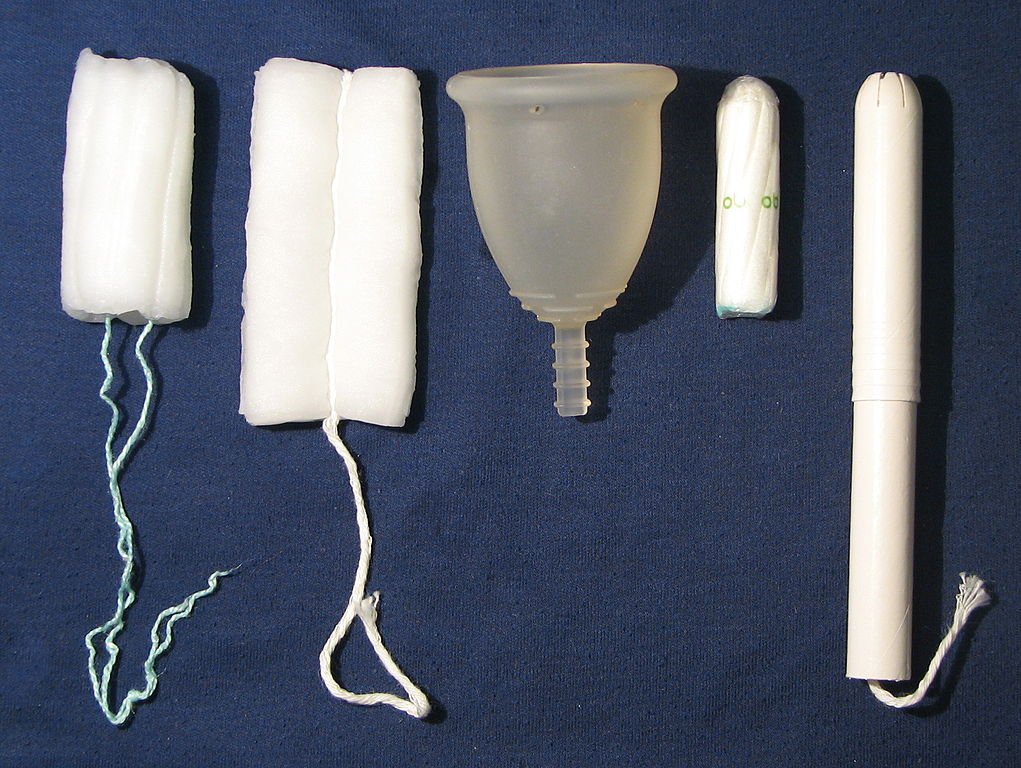 A step towards ending structural misogyny would be to end the tampon tax for good. The “luxury” tax on essential menstrual products remains in force. Meanwhile, girls in the UK are reported to be missing school because they can’t afford sanitary products.

Since 2015, the money raised from the tax has been used to support women’s charities, although many of the causes it supports have been affected by government cuts, like domestic violence services. Many argue that this is effectively asking women to bear the burden of the impact of abuse. And recently, the news that funds from the tampon tax are being used to support an anti-abortion organisation have sparked an outcry.

4. Child Poverty in the UK 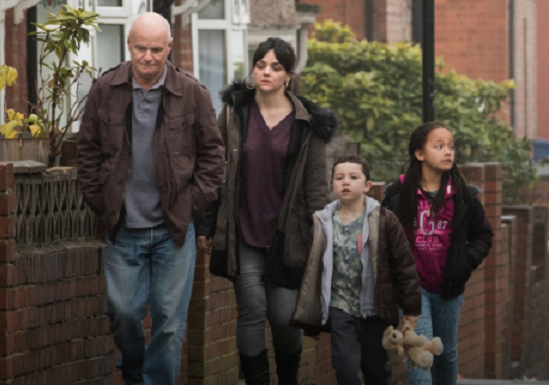 Charities warned that 200,000 more children could be pushed into poverty in the UK after changes to child benefits come into force this week. From Thursday 6 April, these changes will affect families that claim tax credits and Universal credit. Now, families applying for new claims can only claim these benefits for their first two children.

Combined with predicted economic slowdown as Brexit negotiations begin, it is feared that child poverty will reach 30.3% — 10 children in a class of 30. The government argues that its policies tackle the long-term causes of poverty. "Work is the best route out of poverty, which is why our welfare reforms are designed to support people into employment," said a spokeswoman from the Department for Work and Pensions. Helping people into work is vital — as is ensuring that no child is forced to slip into poverty, because the consequences could last a lifetime. 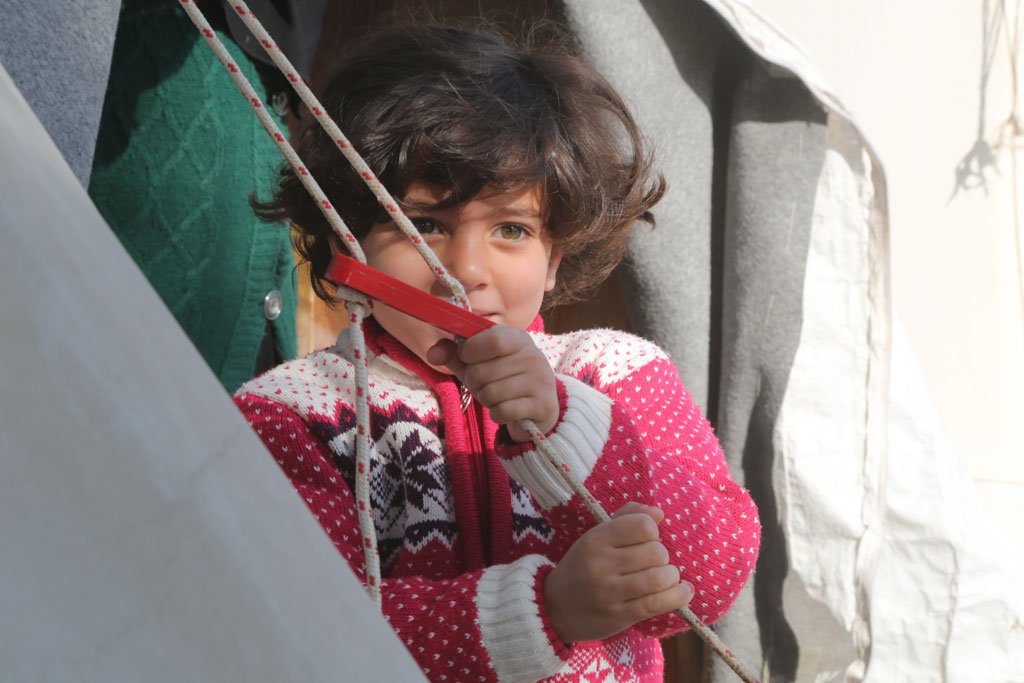 Tens of thousands of vulnerable children have arrived in Europe unaccompanied after making dangerous journeys to reach safety over the last few years. The latest figures show that 90,000 unaccompanied minors applied for asylum in Europe in 2015, and 56,050 in 2016.

Despite the scale of the problem, the UK government ended its commitment to accepting unaccompanied minors through the Dubs scheme. Originally conceived to ensure the safe passage of 3,000 child refugees from Europe to the UK, in February the government stopped the scheme after accepting just 350. While the Prime Minister champions her vision of a Global Britain, will it extend its arms to some of the world’s most vulnerable children?

"I don't love when you waste your food" 🎶🍊🍇🍌 @edsheeranpic.twitter.com/OPFi16VxGD

In 2015, 7.3 million tonnes of food was wasted in the UK. This mountain of waste cost the UK £13 billion, amounting to £470 for every household. Avoidable food waste is not only bad for everyone’s pockets, it’s bad for the planet, contributing 19 million tonnes to national CO2 emissions. UK supermarkets are also big culprits, throwing away 115 tonnes of perfectly good food every year. At the same time, around 500,000 people visited a food bank between 2015 and 2016.

Andrea Leadsom, Secretary of State for Environment, Food and Rural Affairs has been criticised for her silence on the issue of food waste. The delight of chocolate eggs is certainly enough to inspire passion, similar levels of outrage can be expected when compared with the scandal of wasted food.

7. What Brexit Could Mean for the World's Poorest

Surely the most important question about chocolate eggs is on the quality of the cocoa? That means, whether it was fairly traded?

As Britain seeks to strike new trade deals around the world, these negotiations will have an impact on lives far beyond the country's borders — for better or for worse. While strong trading links are essential to the future of a Global Britain, these must not come at the expense of the world's poorest.

Article 50 has been triggered. Call on the UK Trade Minister to ensure Brexit does not devastate the world's poorest.

After the Prime Minister’s comments, the National Trust defended its position, but did add the word “Easter” to the title on its website — a subtle change that proves that when the Prime Minister speaks, people listen. Of course, this is not an exhaustive list of all the reasons to be outraged in 2017. But as the country faces unprecedented changes and attempts to respond to global challenges, this is just a gentle reminder of where a powerful voice could make a real difference.