You get a discount voucher in exchange for your used drinks bottle.

Why Global Citizens Should Care
Every year, 7.5 billion plastic bottles are disposed of irresponsibly — either ending up in landfill, being incinerated, or finding their way into the marine environment. That’s devastating for marine wildlife, and initiatives like this are vital for ensuring we dispose of our waste more responsibly. You can join us by taking action to support the UN’s Global Goals for the protection of life below water here.

Some of Britain’s most popular tourist attractions are offering visitors a great incentive to recycle their plastic bottles.

Alton Towers, Thorpe Park, Chessington World of Adventures, and Legoland Windsor are all on board with the scheme — which will see visitors rewarded with a half-price discount voucher when they recycle a plastic bottle.

Throughout the summer, starting from Wednesday, anyone who puts a 500ml drinks bottle into one of the “reverse vending machines” stationed outside the theme parks will get the voucher for half-price entry.

The initiative is the result of Merlin Entertainments — the owner of 30 tourist attractions in the UK, including Madame Tussauds and the London Eye — teaming up with Coca-Cola to offer people more instant incentives for recycling.

It came after research by Coca-Cola found that 64% of Britons would recycle more on-the-go if they saw an advantage right away. 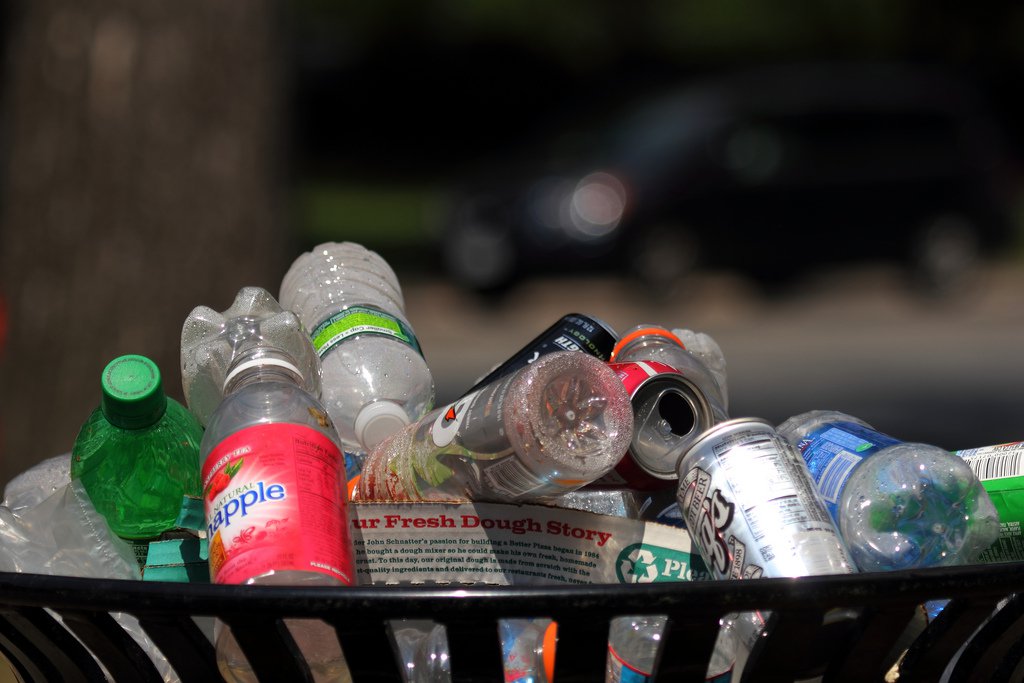 Sandra Hazel, head of Force for Good at Merlin Entertainments, said the program “demonstrates our aligned ambition to use our brands as a force for good.”

“We’re constantly looking for ways to raise awareness and help contribute to a better environment,” she said. “As a responsible business and an advocate for marine conservation, we’re pleased to be joining forces with Coca-Cola to encourage people to recycle more this summer.”

Related Stories June 14, 2018 10 Plastic Pollution Facts That Show Why We Need To Do More

“We want to reward people for doing the right thing by recycling their bottles and hope to encourage some people who wouldn’t otherwise have done so,’ added Jon Woods, the general manager of Coca-Cola UK & Ireland.

He said the hope is to “remind people how valuable their empty plastic bottle is.”

“All of our bottles can be recycled and we want to get as many of them back as possible so they can be turned into new bottles and not end up as litter,” he said.

The scheme will run until mid-October.

Read more: England Is Getting a Deposit Return Scheme for Plastic Bottles and Cans

Every year in Britain, around 13 billion plastic bottles are sold. But just 43% of these are recycled. Meanwhile about 7.5 billion end up in landfill, being incinerated, or in the oceans.

Globally, around a million plastic bottles are bought every minute — with more than 480 billion bought in 2016, up from 300 billion a decade ago.

With that number of bottles knocking about, it’s becoming increasingly vital that we dispose of them responsibly so they don’t end up in the ocean.

The Merlin announcement comes after environment secretary Michael Gove announced in March that the UK would be getting a deposit return scheme for plastic bottles.

While the specifics are still being worked out, it will involve customers paying a small amount extra when they buy their drinks, which would then be paid back when they return the bottle for recycling.

Once the bottle is returned, businesses will then be responsible for making sure they are effectively recycled.

It’s part of the government’s 25-year plan to curb plastic pollution and stop it “wreaking havoc” on our environment, according to Gove.

“It is absolutely vital we act now to tackle this threat and curb the millions of plastic bottles a day that go unrecycled,” he said.

Scotland has already included developing a deposit return scheme for drinks containers to be rolled out across the country in its “Government’s Programme for Scotland” report on aims for 2017-8.

The scheme, when launched, will bring Britain in line with other countries around the world that already have a nationwide deposit return scheme, including Lithuania, Germany, Norway, Sweden, and Croatia. Additionally, 10 US states already have schemes in place, along with eight Canadian provinces, and South Australia.

And so far, to say it’s been effective would be an understatement.

Read more: The 'Pepsi Lobster' Isn't Alone. These 5 Other Animals Were Harmed by Plastic

In May, the supermarket Iceland became the first in the UK to install a reverse-vending machine in-store — giving shoppers 10p discount vouchers in return for each recycled bottle.

The scheme is undergoing a 6-month trial in Fulham before potentially being rolled out across the country. Morrisons has also since launched a trial of reverse vending machines in-store.

The Co-op has also launched a deposit return scheme at festivals across the country this summer, in collaboration with organiser Festival Republic, which it says has been successful so far.