On Monday, October 3, the White House held its first ever South by South Lawn event. 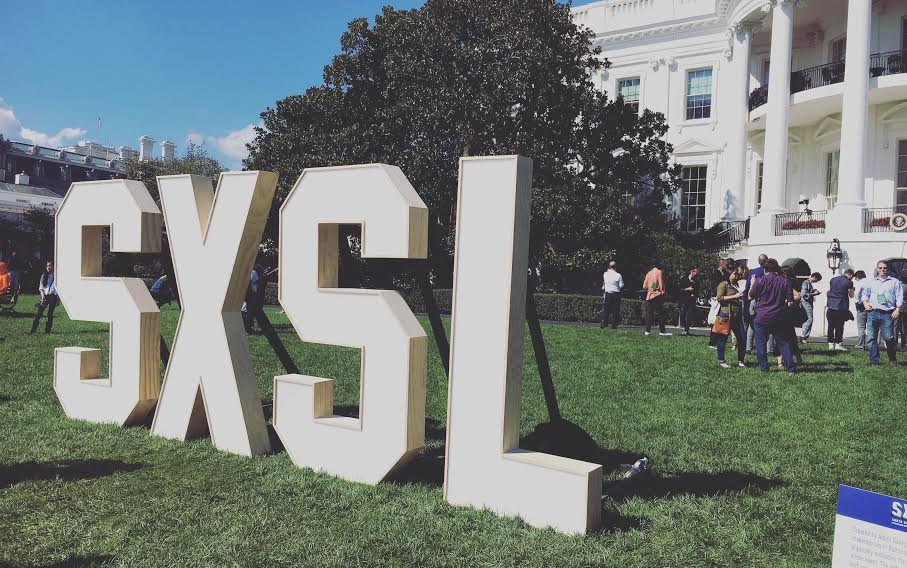 On Monday, October 3, the White House held its first ever South by South Lawn event, a festival of ideas, art and action. Inspired by South by Southwest, the event brought together creators, innovators, and organizers who work to improve the lives of people on a global scale. 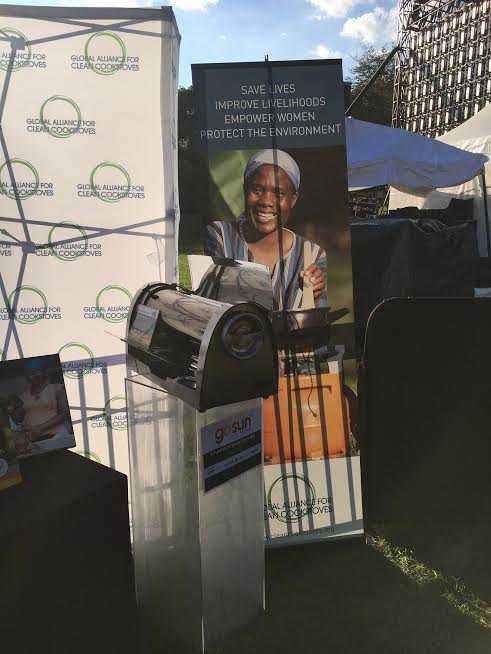 The festival celebrated the spirit of innovation with musical performances, the White House Student Film Festival, interactive and hands-on displays and conversations featuring leaders, artists, and activists such as President Obama, Congressman John Lewis, Leonardo Dicaprio, Common, Will Allen, the CEO of Growing Power, and renowned artist James Turell. Artists like Common talked about criminal justice reform and using his platform to promote change, Common said " What can we do in our communities to change our local and state prisons? I'm here to use this platform to do everything I can do."

President Obama and Leonardo Dicaprio sat down to discuss environmental issues and climate change with climate scientist Dr. Katharine Hayhoe. The panel discussed the importance of addressing environmental issues in order to solve current issues and ensure our planet's protection for future generations. President Obama said, “To fix the global issues that we all care about, including environmental issues, including humanitarian issues, we can no longer leave climate change out of the picture because we will not be able to fix them without it.” The conversation concluded with the premiere of DiCaprio’s new climate documentary film Before the Flood, which explores the dangers of climate change and possible solutions to the problem.

The conversation on civic engagement also included Feed the Future, a session on food sustainability. Feed the Future is the U.S. government's global hunger and food security initiative that works to end global hunger. The panel included Will Allen, founder and CEO of Growing Power, Maria Rose Belding, co-founder and executive director of the MEANS Database, Caleb Harper, principal investigator and director of the Open Agriculture Initiative at the MIT Media Lab and Nikiko Masumoto, a farmer on the Masumoto Family Farm. Our current food supply is facing various obstacles such as population growth, evolving diets and climate change. The panelists discussed the importance of inspiring people to get involved in the movement to make food more accessible, sustainable, and healthy through innovation and technology. Lack of access to food was a key area of focus.

The event called for people to join the conversation and voice their ideas and efforts to make positive change in the world by using the hashtag #SXSL. As panelist Will Allen stated, “Everybody has to be involved in the movement, because we are responsible for our food and our fellow man.” This idea applies to all the issues discussed throughout the day, it is the responsibility of all people to get involved in making positive changes both nationally and globally. South by South Lawn celebrated those who have already accomplished so much and challenged young leaders to become a part of the movement.