Education is the Most Important Investment to Make to End Poverty

Education is one of the most important investments a country can make in its people. 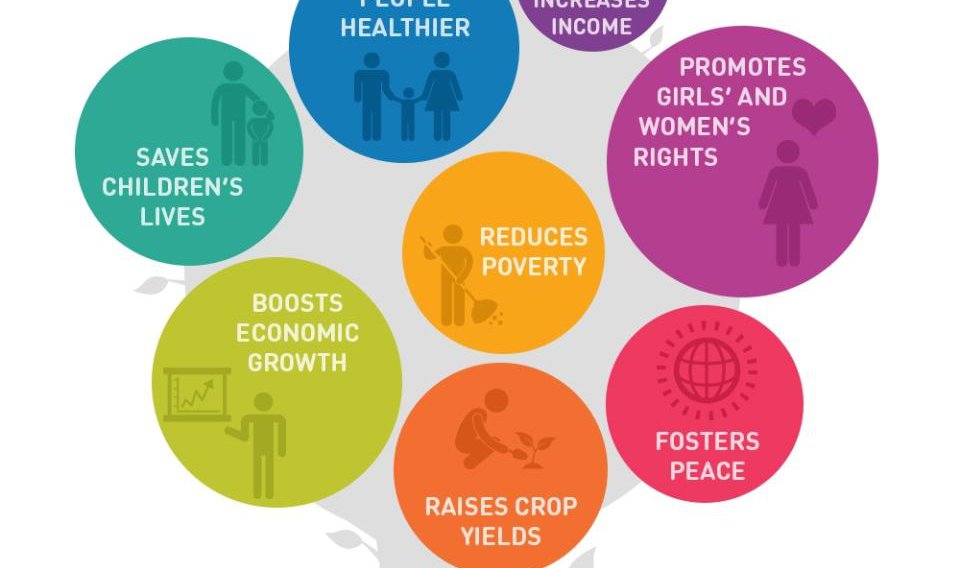 Investing in education is the single most effective means of reducing poverty.

Girls and boys who learn to read, write and count will provide a better future for their families and countries. With improved education, so many other areas are positively affected. In short, education has the power to make the world a better place.

Education is more than reading, writing, and arithmetic. It is one of the most important investments a country can make in its people and its future, and is critical to reducing poverty and inequality:

-  Education helps fight the spread of HIV/AIDS and other diseases, reduces mother and child mortality and helps improve health

Here is a breakdown of the impact of education on people's lives:

Education is the key to unlocking a country's potential for economic growth:

-  If all students in low income countries left school with basic reading skills 171 million people could be lifted out of poverty. This is equal to a 12% cut in global poverty. (EFA GMR)

-  One extra year of schooling increases an individual's earnings by up to 10%. (EFA GMR)

-  An increase of one standard deviation in student scores on international assessments of literacy and mathematics is associated with a 2% increase in annual GDP per capita growth. (World Bank, p.32)

The most effective investment for achieving long-term health benefits is educating girls and women. Girls' education is often the single most powerful factor affecting health outcomes such as infant mortality, maternal mortality, the propensity of mothers to seek modern birth options, the availability of those options because more and better trained birth attendants are available, the rate of risky teenage births, and the number of children she will have.

-  Each extra year of a mother's schooling reduces the probability of infant mortality by 5% to 10%. (UNESCO)

-  Over the past four decades, the global increase in women's education has prevented more than 4 million child deaths. (Lancet Study)

-  In sub-Saharan Africa, approximately 1.8 million children's lives could be saved if their mothers had at least secondary education. (EFA GMR 2011, UNESCO)

-  Chronically malnourished children are 20 % less literate (Save the Children Report)

Education is key to women's rights, self-expression and civic engagement:

-  One additional year of school reduces the probability of becoming a mother by 7.3 % for women who have completed at least primary education. (World Bank)

-  Increasing the number of women with secondary education by 1% can increase annual per capita economic growth by 0.3%. (World Bank)

Education has an impact on many other areas such as:

-  Literate people are more likely to participate in the democratic process and exercise their civil rights. (UNESCO)

-  Education is identified as one of the indicators or conditions for determining peace within societies. (UNESCO)