Schools are targets for extremist groups for three reasons.

School, a place where people learn math, science and history, make friends, and form communities. It’s core to many people’s identifies and is recognized as being life-saving and life-preserving. 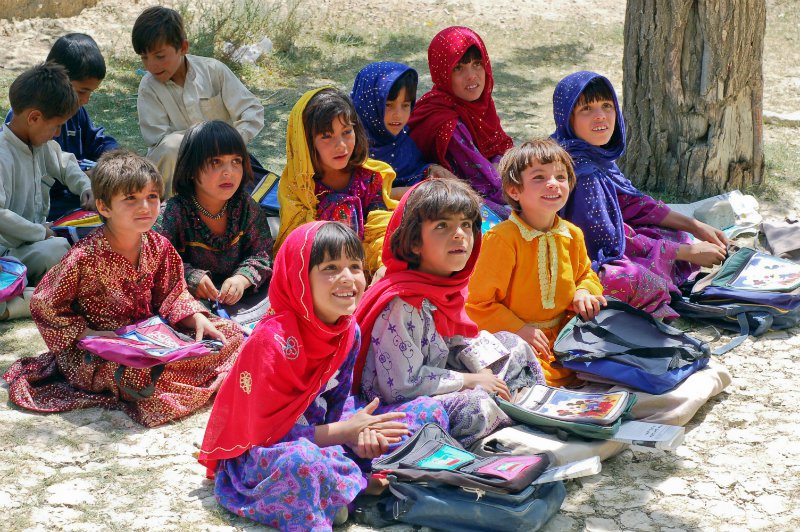 Extremist groups recognize this and choose to attack schools all over the world.  The frequency of school attacks has steadily risen in the last decade. Think: in 2014 and 2015 there was the Chibok schoolgirl kidnapping in Nigeria by Boko Haram, the school attack in Peshawar Pakistan by the Taliban, and the attack on Kenya’s Garissa University by Al Shabab, to name a few.This past week children were killed in a bombing carried out by local forces at a schoolyard in Northeast Turkey,and students were gunned down at Bacha Khan University in Charsadda, Pakistan by Taliban militants. This later attack came with a viral omen--the attacks on schools would continue--from commander Umar Mansoor, head of a  faction force of the Taliban.

“Now we will not kill the soldier in his cantonment, the lawyer in the court or the politician in parliament but in the places where they are prepared, the schools, the universities, the colleges that lay their foundation."

But why, exactly, are schools targeted?

If Global Goal number 4: quality and inclusive education for all was suddenly achieved overnight, extremist group’s human-power would steadily disappear. School promotes opportunity, open-mindedness and diversity and the general welfare of a community--all things that are incompatible with extremism. Couple this with girls and women having opportunities to attend school and receive higher education, and you have a combination that can halt terrorism.

When schools are destroyed and educations are denied, then communities begin to fall apart. In this chaos and widespread trauma, extremism grows as terrorist groups begin to recruit desperate young people.

3. Rula Ghani: Afghanistan's first lady, who is leading the way for the country's first all women's university

2) Schools are in prime locations:

Schools are often centrally located and serve as meeting places not only for students, but also for all members of a community. When an extremist group or an opposing militia attackss a school, an entire community is negatively affected and it becomes impossible for kids to receive an education.

Imagine this safe, symbol of peace becoming a place of violence, fear and of war. It is a devastating change.

Today, extremist groups use social networks to record horrific acts they inflict on the innocent. These viral posts are often picked up by media outlets and incite fear.  The Islamic State (IS) uses this tactic masterfully, with their videos rapidly gaining wide traction in various headline news sites and stations. And then when politicians across the world constantly condemn the terrorism and promote hate, extremist groups gets even more publicity, which earns them more financial support and followers.  While it is the media’s job to accurately report the news, what happens afterwards often makes extremist groups seem more powerful.

What international, national and local stakeholders have been doing…

at the international level:

From 2011 to 2014, the United Nations Security Council created a series of resolutions urging member states to halt all military occupation of school zones, and to take concrete measures to ensure the safety of schools in vulnerable locations (i.e. Northern Pakistan). Member states are kept in check by Human Rights Treaty Bodies (enforcers of international law), specifically regulators who oversee member state adherence to the Convention of the Rights of a Child, a treaty which sets out the civil, political, economic, social, health and cultural rights of children.

at the national level:

These sanctions are then molded to fit member states, and international law is then enforced at the national level by a nation’s Supreme Court system. There have been some successes including the removal of armed forces in the areas of Bihar and West Calcutta in India.

International aid groups such as UNICEF offer support to communities whose schools have been affected by violence. This includes working with the local community to create safe learning spaces in areas that are easily reachable such as the home of a community leader, or a mosque. These learning spaces are often equipped with emergency school materials such as UNICEF’s school in a box. These spaces have allowed students in areas like Afghanistan and Northern Pakistan to continue their studies.

What a global citizen can do to create awareness and make governing heads accountable...

You have the power to spread awareness, and help these policies come to life:

It is easy to be skeptical of the steps taken to protect schools from attack. However, you as a global citizen play a major role.

By engaging with news of an attack, calling on leaders to send aid and combatting hateful views you can make a difference.They inform and catalyze others and combat negative reactions, i.e when Donald Trump stated he would ban all Muslim travel to U.S.

You are key in combating the hate rhetoric. You can do a lot by creating communities that promote love and not hate. You can mobilize and go out and vote for candidates who do the same. Our local, national and international leaders need to be held accountable for their reactions and the words they use when they address these situations, and you can be part of the collective judge.

Ongoing violence and conflict has taken a brutal toll on a child’s access to a quality and inclusive education. UNICEF estimates that more than 24 million children, ages 6 to 15 years are out of school in 22 countries. In areas such as Syria, Afghanistan and the DRC there will be children who have never had the opportunity to attend school. Every child deserves the right to a quality, inclusive education. Creative, decisive and culturally appropriate action must be taken by all actors to ensure education for all by 2030.