The Republic of Korea signed a new agreement with Gavi, the Vaccine Alliance to increase its contribution towards childhood immunisation in developing countries between 2015 and 2017. Under the terms of the agreement, Korea will provide an additional US$ 3 million per year.

The agreement – signed on October 6 by Mr Lee Yongsoo, Director-General for Development Cooperation, Ministry of Foreign Affairs of Korea and Gavi CEO Dr Seth Berkley – marks the third time Korea has committed support for Gavi. From an initial US$ 1 million over three years from 2010 to 2012, Korea increased its pledge for the 2013 to 2017 period to US$ 5 million over five years. This pledge was matched by the Bill & Melinda Gates Foundation.

The new funding announced today sees an increase of US$ 3 million per year for the 2015 to 2017 period. Korea’s total commitment to Gavi since 2010 now stands at US$ 15 million.

“Health and children are a priority for Korea’s development cooperation policy and Gavi is our partner,” said Mr Lee Yongsoo, DG for Development Cooperation. “We will continue to strengthen our cooperation with Gavi in the years to come.” 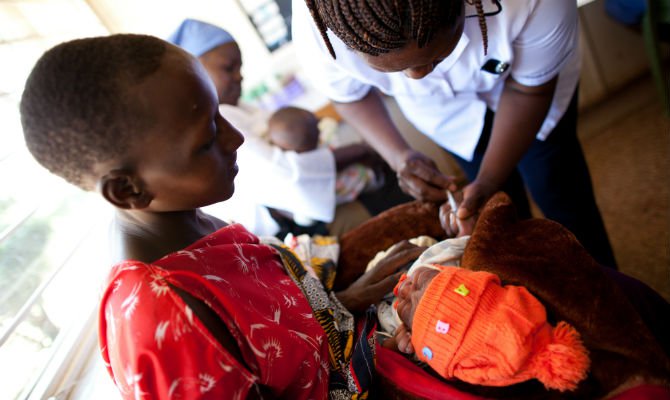 Korean funding will help support immunisation programmes in the 73 countries Gavi works with. Gavi supports more than 300 immunisation programmes worldwide, protecting children against the causes of common childhood killers including pneumonia and severe diarrhoea. Gavi also supports the People’s Democratic Republic of Korea to protect its children with the five-in-one pentavalent vaccine.

“I am delighted that the Korean Government recognises the critical importance of childhood immunisation,” said Gavi CEO Dr Seth Berkley. “This renewed contribution will help us to reach more children with live-saving vaccines and protect them from preventable illness. This will reduce deaths, improve health and help communities lift themselves out of poverty.”

“The increased contribution from the Republic of Korea to Gavi, the Vaccine Alliance, is warmly welcomed and will help ensure that more children receive the life-saving vaccines they need,” said Chris Elias, president of the Global Development division at the Bill & Melinda Gates Foundation. “Since 2010, Korea has been a strong and unwavering supporter of Gavi to help protect children in the world’s poorest countries from infectious diseases - we look forward to this continued partnership with Korea and Gavi.”

Since 2000, Gavi has helped immunise half a billion children in the 73 poorest countries in the world, saving 7 million lives. After a successful pledging conference in Berlin in January 2015 where donors pledged US$ 7.5 billion, Gavi committed to help developing countries to immunise an additional 300 million children in the 2016 to 2020 period, leading to five to six million lives saved.