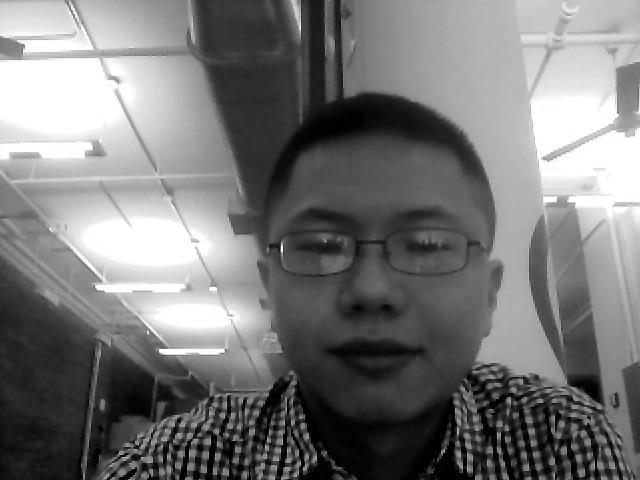 “The Missing 43” and the question of surveillance

Lack of information on the 43 missing students continues to incite outrage on its first anniversary.

This UN press release came over a week before the first anniversary of the death of six citizens and disappearance of the 43 students in Ayotzinapa, Mexico who are believed to have been slaughtered for peacefully protesting. The evidence comes from a new report from the Mexican government that continues to generate speculation and anger amidst conflicting opinions on what actually happened on the night of September 26, 2014.

These recent reports caused me to question the civic role of surveillance: first, how do various interests (government agencies, human rights organizations and the general public alike) participate in telling their side of the stories of the disappeared using these technologies – what is their stake in stringing together fragments of the video footage and documents available? Equally as important, how do these technologies change our identity as citizens and political actors in the public?

If we have the technology to mine data from mobile networks and monitor activities, why is it difficult to truthfully stitch together stories about the disappeared? If Ayotzinapa teaches us one thing about the transitions into “democracies” that are happening globally, it is that security apparatuses can exacerbate the precarity of our rights as citizens. Ultimately, “disappearance” does not only allude to the possibilities of death, detainment, and migration, it also signifies a lack of political engagement. 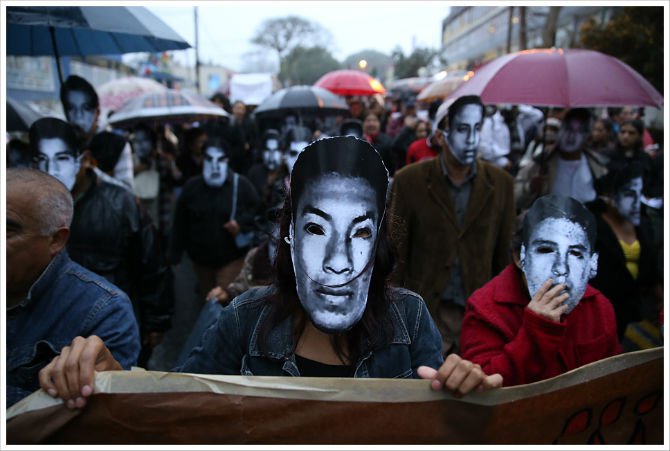 Even after a year of protests in Mexico, the public outrage continues. Last Saturday, the parents of the missing students led mass demonstrations in Mexico City. Relatives and supporters continued to charge the government with withholding information, distorting the official narrative of events, and destroying evidence.

Protesters demanded justice for failing to provide information for the 25,000 reported cases of disappeared persons in Mexico, even calling for the President’s resignation. The Mexican public continues to lose trust in the government’s ability to responsibly and impartially monitor surveillance. These rallies come after several developments from an independent group of experts called the Inter-American Commission on Human Rights who conducted a separate investigation on September 6 into the disappearances in Ayotzinapa.

In particular, Mr. Dulitzky was pleased that the Mexican government at least presented a case, however disputed it has been. The group of experts dismissed the initial report that students were confused with a rival drug gang called Los Rojos by police who handed the 43 students over to the Guerreros Unidos crime syndicate. The students were on their way to a demonstration on two buses, which were joined by three buses of protesters before they left Iguala.

The Inter-American Commission on Human Rights instead shifted their focus on the third additional bus, or the “fifth” bus as was reported, which was suspected to have carried heroin or money unbeknownst to the students. Apparently, this bus was the only one detained by federal police at gunpoint without any ensuing violence. After they were driven away from the scene, the story gets unclear from there, as any account of the “fifth” bus is not further discussed in the case document.

This is where the official investigation derails and the public outrage begins.

Ayotzinapa symbolizes the failures and manipulations of surveillance technologies. The records from police and army communications indicate that the students were monitored by security forces after they left Iguala, but only for the purpose of tracking the bus and not the students involved. And how, after all, did mobile communications factor into the search, which can provide a window into possible locations of the missing?

As much as government officials and citizens want to consider surveillance footage as a tell-all of the factuality of events that happen over time, it also must be recognized that there are inherent gaps in such narratives. Sometimes these gaps stem from who owns the surveillance and who is excluded from gaining access to it.

Many of the demonstrations on the anniversary that took place last Saturday focused on the corruption and lack of transparency of the Mexican government. The “Missing 43” became a flashpoint for Mexico, representing flagrant corruption, the impunity of gangs, and the political and social exclusion of the poor.

The indignation that erupted in Mexico this past year is yet another glaring example of the need to confront the country’s political reality and how surveillance factors into the safety and/or exploitation of citizens.

To what extent does surveillance keep power in check and deter crime? And to what extent does this technology undermine civil rights and perpetuate the concentration of power? As the Missing 43 illustrates, surveillance can fail to offer any clarity and can even provide political cover to guilty actors who manipulate footage and other materials to obscure reality.

In his report, Mr. Dulitzky also discussed the Working Group’s most recent visit to the Western Balkans, which was next in line to the suggestions made on visits in Mexico and Timor-Leste and among the 445 cases of enforced disappearances examined by the group: 64 of which concern China, Egypt, Kenya, Pakistan, Syria and the United Arab Emirates.

“The time for words and promises is over. It is now the time for action on behalf of relatives to support their fight for truth, justice, reparation and memory.”