'I Could See All These Little Eyes Looking Up at Me': The Disturbing Encounter That Led Cindy McCain to Fight Human Trafficking

“I knew that something was wrong, I didn’t know what human trafficking was, I didn’t do anything." 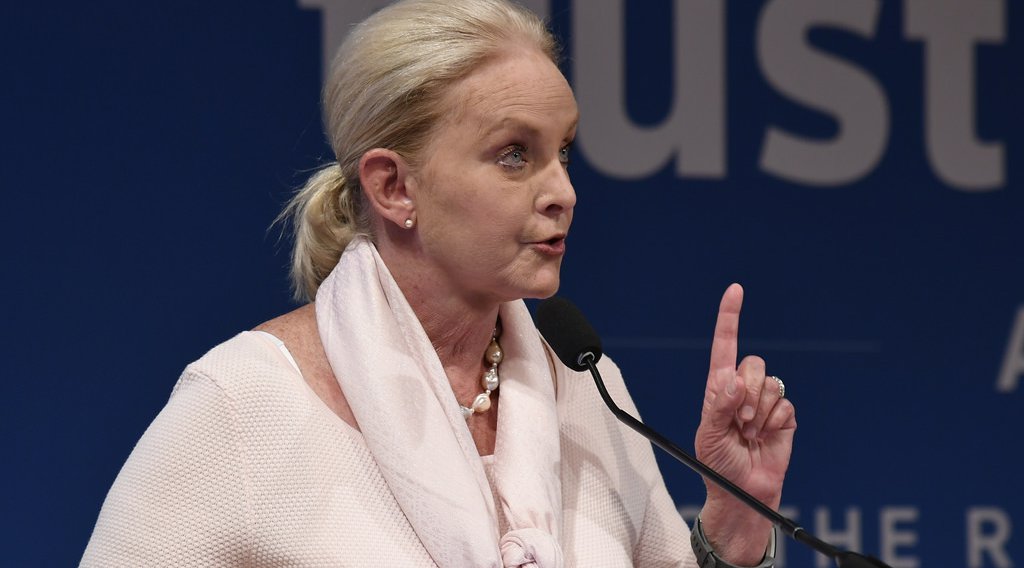 Nearly 10 years ago, Cindy McCain had a disturbing encounter with modern day slavery in India. At the time she knew little about the global phenomenon of human trafficking, and she left without doing anything.

That decision haunted her, but not for long.

Once back in Arizona, she educated herself about the complex issue of trafficking. Then she took action to end it.

Today, the wife of US Senator John McCain (AZ-R) has been an advocate for policy change on trafficking for over a decade.

Globally, between 21 million and 45 million women, children, and men have been trafficked. They are coerced under false pretenses into atrocious and cruel fates involving grueling labor and sex work. While 60% of human trafficking occurs in Asia, the issue is global.

The National Trafficking Hotline reports a 34% increase in trafficking calls in the past year. In the US, the numbers of people trafficked are murky but legislative changes and consumer behavior can make a difference, McCain says.

These are areas of human trafficking McCain is passionate about reforming, and has been doing so in her home state of Arizona.

Global Citizen sat down and talked with McCain the Trust Conference’s America Forum: Putting the Rule of Law Behind Human Rights, an event filled with experts dedicated to finding solutions to end modern slavery, held in Washington DC. We found out why she became involved in fighting trafficking and what she thinks global citizens can do to help.

What brought human trafficking to your attention?

Well, like anything it was an evolution for me. I had been traveling, initially in Kolkata, on a project and I was on my way out of town. I was headed home, and I stopped to buy some sari material for my daughter. As I was paying up and getting ready to leave, I heard this rumbling coming from below the floorboards. So I asked the guy behind the kiosk what the sound was, and he said, “My family lives below.” That was very possible —  it’s India. But as I finished paying I looked down at the floorboards, they had some gaps in them, and I could see all these little eyes looking up at me. There was more than a family living down there.

I knew that something was wrong, I didn’t know what human trafficking was, and I didn’t do anything. I walked out and went home. From there I began this education quest to figure out what that was, and then from there, well, here we are. It’s been about a 10 year evolution for me.

Tell me about your position as co-chair of the Arizona Governor’s Council on Human Trafficking.

On the council, we started out under Gov. Jan Brewer, just before our sitting governor now, and the Super Bowl was pending for Arizona. I knew we had no legislation on the books for trafficking, and the Super Bowl was coming, and a lot of bad guys were coming with it. So I literally had a coffee meeting in my home and said, “Who’s in?” When several of my friends said, “absolutely, we’re in,” went to Gov. Brewer and she appointed an urgent task force.

We were able to pass legislation that protected these kids as they were coming in, and we criminalized what was going on even more for traffickers. From there, Gov. Ducey appointed a long-term council, which is what this is now. We have been able to pass several pieces of legislation plus bring the awareness issue up to a high tempo in Arizona.

We have a huge tourism industry, so making all industries involved in tourism aware of trafficking and what to do if they saw it was important. The entire state is engaged now, I’m so proud of Arizona. It’s great, everybody knows about it now.

How has your perspective on the issue changed since becoming an advocate?

I’ll tell you what it’s done for me, it’s made me more fervent to try to do more. Just when you think you have a handle on it, I realize it’s way broader than I had ever imagined, and the impact is much more. 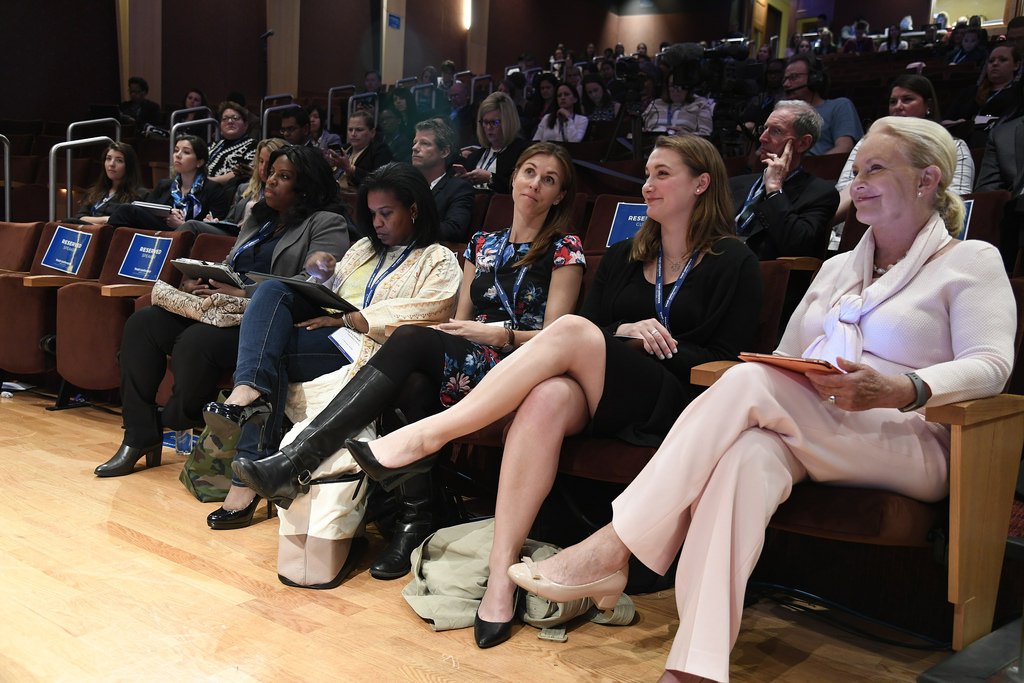 What can Global Citizens do to help enact change in policies that both helps victims and prevents human trafficking?

No. 1, and the issue I’m talking about today is ethical investing. We’re at [Georgetown University McDonough School of Business] and young investors, or all investors alike — doesn’t matter if you’re young or old, black, blue, or green — ethical investing is important. It’s responsible investing, and by that I mean there are ways and outlets that can assist you in researching what you choose, and what you’re proposing to choose as an investment.

For example, if we continue to pump money into a coffee farm that’s employing slave labor and you continue to buy the coffee — and I’m not pinpointing any company, I’m just using it an as example — then all you’re doing is drinking good coffee but there is no help on the other end. What I tell young investors, old and new alike, is number one: research.

No. 2: Take a strong look at management practices. If they’re investing in poor labor practices those companies are probably poorly managed.

No. 3: Speak out! Yell, do whatever you can when you find it. Activism is really on a strong uphill rise right now, and I believe it’s really important.