The danger of misinformation

A rebuttal to the article "Something dangerous is happening in Central Africa." 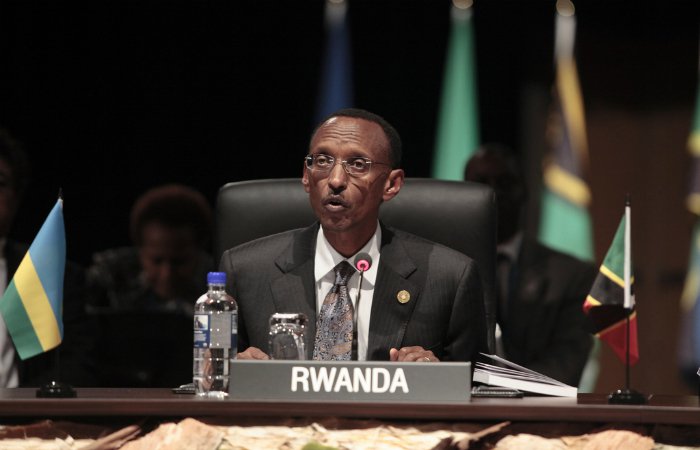 The following piece was written by Katherine Keating in response to an article published on Global Citizen written by Simon Moss on January 26, 2106.

As a global citizen and a supporter of the organization’s efforts and standing within the international community, I felt compelled to prepare a rebuttal to Simon Moss’ recent post entitled ‘Something dangerous is happening in central Africa.’

I recognize that Global Citizen has an independent editorial policy and the staff are entitled to write under Global Citizen’s masthead as their own opinion, so his views are his own and are not representative of the organization’s.

That said, Simon is a staffer of Global Citizen and is launching a campaign against Rwanda, a country that has one of the world's best development records in recent history. A reason the nation has been featured so prominently at the last two Global Citizen Festivals.

Simon’s piece questions the legitimacy of President Kagame’s stand for a third term, claiming he undermined his countries constitution, which is simply not true. He then throws Rwanda in the same camp as Burundi, claiming there is “something dangerous going on in central Africa.”

In my opinion, what’s dangerous is making these sorts of mass generalizations, against two countries that are facing very different political situations.

Rwanda’s referendum to amend the constitution passed with an overwhelming majority of support from its people, allowing President Kagame to stand for a third term. There was not a single example where "unrest" was "sparked" in Rwanda as a result of this process. Burundi, on the other hand, is in a political crisis, on the brink of civil war, following the recent re-election of President Pierre Nkurunziza to a third term.

I can attest to this, because I spent several weeks in Rwanda last year, which included a sit down interview with President Kagame on this very subject matter. So I refute much of what Simon is saying. In fact, I believe his piece to be full of inaccuracies.

Leaving aside questions of judgment and the widely divergent practice among the world's democracies on the question of term limits, here are some factual things I noticed about Simon’s piece that are inaccurate:

1) Firstly, Rwanda did not "work around its constitution". There was a referendum following an extensive public consultation and debate process, exactly as stipulated in the Constitution.

2) Term limits were not changed in either Burundi or Rwanda. In Burundi, the Constitution was not changed at all; the two-term limit remains in effect. Instead, the incumbent re-interpreted the Constitution such that his first term should not count because he was appointed by Parliament. In Rwanda, the revised Constitution created a special term in 2017 which President Kagame is eligible to compete for, but the two-term limit was maintained and the term actually reduced from 7 years to 5.

3) Neither the RPF, nor the Rwandan Government, much less President Kagame has ever "claimed they're protecting citizens from anarchy." The public debate was conducted out in the open, and the focus was consolidating development and reconciliation progress, not fear of anarchy.

4) No donors have suggested that aid partnerships will be affected, much less that "aid dollars will evaporate."

5) Rwanda did not "undermine its Constitution," it followed it to the letter -- two years ahead of the 2017 vote.

6) In Rwanda, there is no example where "leaders apply one set of rules to the population and another to themselves," we are talking about a rule that only citizens voting in referendum have the power to change.

7) Similarly, there is no way to sustain the claim that Rwandan leaders are "sabotaging the whole system and giving a wink and a nod to corruption, exploitation and avarice throughout the country." Every single international index and measurement and survey tells the opposite story.

8) The President of Senegal is not "retiring two years early." He is running for re-election two years early after announcing support for a constitutional amendment to shorten the term from 7 years to 5. Which, I might add, is exactly what Rwanda has also done. (http://www.bbc.com/news/world-africa-35345065)

In response to Simon’s call to action to all global citizen’s I say this:

98% of eligible voters in Rwanda participated in the referendum in December, and it passed with overwhelming support. So when you call on global citizens to "support citizens in these countries to stand up to their leaders," it’s not representative.

In relation to your final recommendation; calling on a shift in foreign aid away from a government like Rwanda should not be said lightly. The Rwandan government is putting its aid money to work and is making real progress as a nation, which is supported by its remarkable development record; a record Global Citizen promotes.

Simon said we should "listen to citizens in these countries and follow their lead," and I agree with this, but I suggest he does the same. I have spent time in Rwanda on the ground listening to communities all around the country. There is a lot of public complaint and debate alongside a huge reservoir of trust and pride earned at great price over the past 21 years.

Yes, mostly it's in Kinyarwanda, but I can assure you the people I spoke with were happy because their livelihoods are now stable and the last thing they were calling for was change. Having lived through a genocide, in their lifetime, the people of Rwanda just want peace and prosperity.

It’s important that Simon considers all the facts before he calls on Global Citizen’s community to take action on behalf of the Rwandan people and make recommendations that could actually hinder their interests. Interests, I might add, that Global Citizen works so tirelessly to protect.

This piece was written by Katherine Keating