The Critical Message Joe Biden Is Bringing to ‘Law & Order’

The storyline is fictional, but the problem is real. 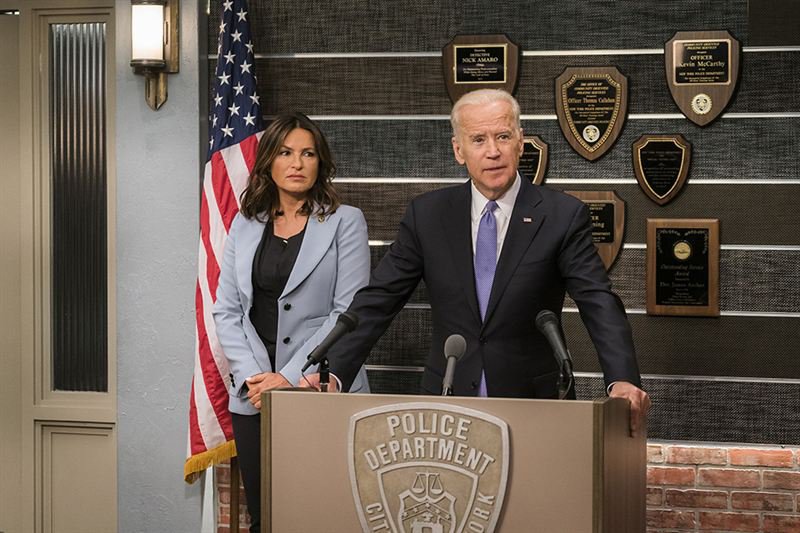 Tonight, on SVU: the Vice President of the United States.

The storyline, in which Biden will hold a press conference commending Benson, is fictional, but the problem of rape kits is very real.

Rape kits contain forensic evidence collected from women who report rapes and undergo thorough examinations by medical staff. They can be used to prosecute rapists in court. But about 175,000 untested rape kits remained in police custody across the country as of 2014, according to Hargitay’s foundation, including thousands in Los Angeles, New York, Houston, Cleveland, and Memphis.

Tonight’s episode focuses on Detroit, which has cleared a majority of its 11,000 untested rape kits, according to NBC.

Biden and Hargitay have worked in real life to help draw attention to the problem, according to NBC, most recently at the United state of Women Summit at the White House, as well as with Hargitay’s Joyful Heart Foundation last May.

Biden filmed the episode during a trip to New York in July.

Read More: How One Woman Became the Voice for Thousands of Rwandan Rape Victims

Joe is in the Building.... SVU. pic.twitter.com/ZAd4CyWFb1

As a legislator, Biden helped pass the Violence Against Women Act and sponsored the Debbie Smith Act, which sought to end the backlog.

“If there’s a rape kit left sitting on a shelf, there’s a victim without justice,” Biden said in 2008, according to The Guardian. “It is unconscionable that we have the ability to solve these crimes and hold the perpetrators responsible, but because of red tape and lack of funding, the criminals are free and their victims continue to live in fear.”