Thai princess gets a $40,000 toilet built for her visit to Cambodia, why this isn’t funny

The toilet is excessive in a country where almost half the population lack toilet access. 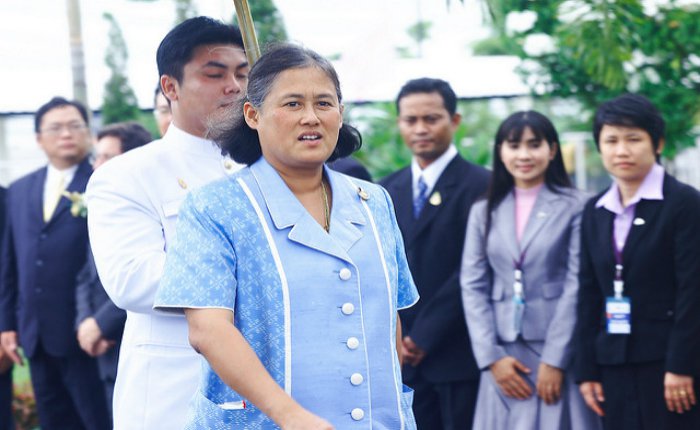 A Thai Princess visiting Cambodia this week has been facing a lot of criticism for a ridiculous request: a $40,000 luxury toilet.

The toilet overlooks Yeak Lom lake, a popular tourist destination in a rural province in Cambodia.

The princess began her 3 day trip to the country by visiting the popular lake. Ironically, the purpose of the trip is to open a new health center donated by the Thai royal family in an effort to improve rural health.

Thai officials spent two weeks to build the toilet, but the princess didn’t even end up using it.

“She did not go inside the bathroom, she just looked at it from outside and took some pictures,” community leader Ven Churk told AFP.

The toilet was removed and the outhouse will be turned into a security outpost for tourists visiting the lake.

The princess’s toilet situation has been garnering attention everywhere except Thailand, where any perceived criticism of the royal family is a punishable crime with up to 15 years in prison under its lese majeste law.

The internet’s reaction hasn’t been pleasant.

@Independent Cambodia has people starving, child prostitution and they waste money on a damn toilet!! The wrong people are making decisions.

And rightly so--the cost of the princess’s royal toilet is 66 times the average annual salary in Cambodia.

The price tag may not be much to the Thai Royal Family, who are among the world’s richest royals, but it’s especially jarring when there are so many people in Cambodia that lack access to any toilet.

According to the World Toilet Organization, 69 percent of people living in rural Cambodia still have to practice open defecation, the highest rate in Southeast Asia.

33 percent of schools in the country don’t have toilet facilities, and the figure could be as high as 80% in rural areas like the province the princess visited.

Instead of spending so much on a temporary toilet, perhaps the Thai royal family should put that money into improving sanitation for Cambodia’s poor.

When almost half of Cambodians lack toilet access, building a luxurious toilets for short visits to poor areas shouldn’t be a thing. For the cost of that one toilet, whole villages can be provided with proper sanitary facilities.