Textbook Describing Slaves as Family Members Is Banned in Connecticut

All around the world, children are presented with distorted and incomplete versions of history. 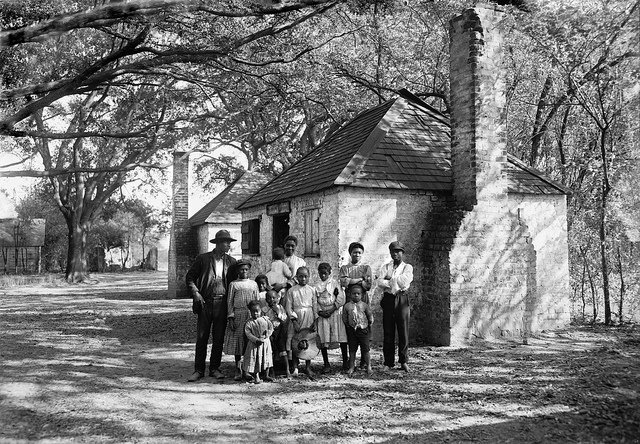 US Library of Congress

A textbook used for 4th graders in parts of Connecticut was recently banned for its warped and offensive portrayal of slavery.

“The Connecticut Adventures” said that slaveowners “cared for and protected [slaves] like members of the family” who were “taught to be Christian” and given the opportunity to learn. This fluffy depiction is so grossly misleading — completely ignoring the endlessly dehumanizing nature of slavery — that even the UN condemned it.

“Enslaved people in Connecticut, like those in the American South before the Civil War, were trafficked against their will, had their fundamental right to life, liberty, and property taken away from them, faced similar levels of exploitation, and were subjected to the most dehumanizing treatment imaginable,” said Ricardo Sunga, a human rights expert working for the UN Human Rights Council to study racial discrimination.

“These deeply offensive texts should be replaced with accurate depictions of history which convey the message of the inherent dignity and equality of all human beings,” he said.

Schools in Norwalk, Connecticut, removed the textbook after the glaring flaws were pointed out, but it had been used by 10 of the district’s 12 schools since 2007.

“The portion of the textbook minimizes the impact and implications of slavery from the perspective of many constituents in the Norwalk community,” the school district said in a statement.

All around the world, children are presented with distorted and incomplete versions of history that whitewash or ignore ugly events.

Read More: Climate Change Is Real. So Why Isn't It Being Taught in US Schools?

In the US, for example, the genocide of Native Americans and the torture and abuse of African slaves is often framed in ways that downplay the severity and extent of events. In Texas, a textbook that described millions of slaves as “workers” was pulled in 2015.

In China, the Tiananmen Square Massacre and many of the horrors of the Cultural Revolution, including a famine that killed up to 45 million people, are rarely, if ever, discussed.

In Turkey, the extent of the Armenian genocide is not widely acknowledged.

The examples go on and on in probably every country on Earth.

Education is a powerful force. It can liberate and empower people, upending the status quo. When students are deliberately fed misleading and inaccurate information, their perspective becomes warped and they become less able to effectively engage with reality. It’s no coincidence that totalitarian regimes heavily shape curriculums — it can eliminate dissent at the root. But for countries that strive to be fair and open, the past must be truthfully reckoned with, no matter how painful the process.

The kids in Norwalk will now be given a more accurate representation of slavery, but much more can be done.

“Educators and publishers have a responsibility to ensure that textbooks and other educational materials accurately reflect historical facts on tragedies and atrocities – in particular, slavery, the transatlantic trade in African people, and colonialism,” Mr. Sunga said.

“This will avoid stereotypes and the distortion or falsification of these historical facts, which may lead to racism, racial discrimination, xenophobia, Afrophobia, and related intolerance,” he said.