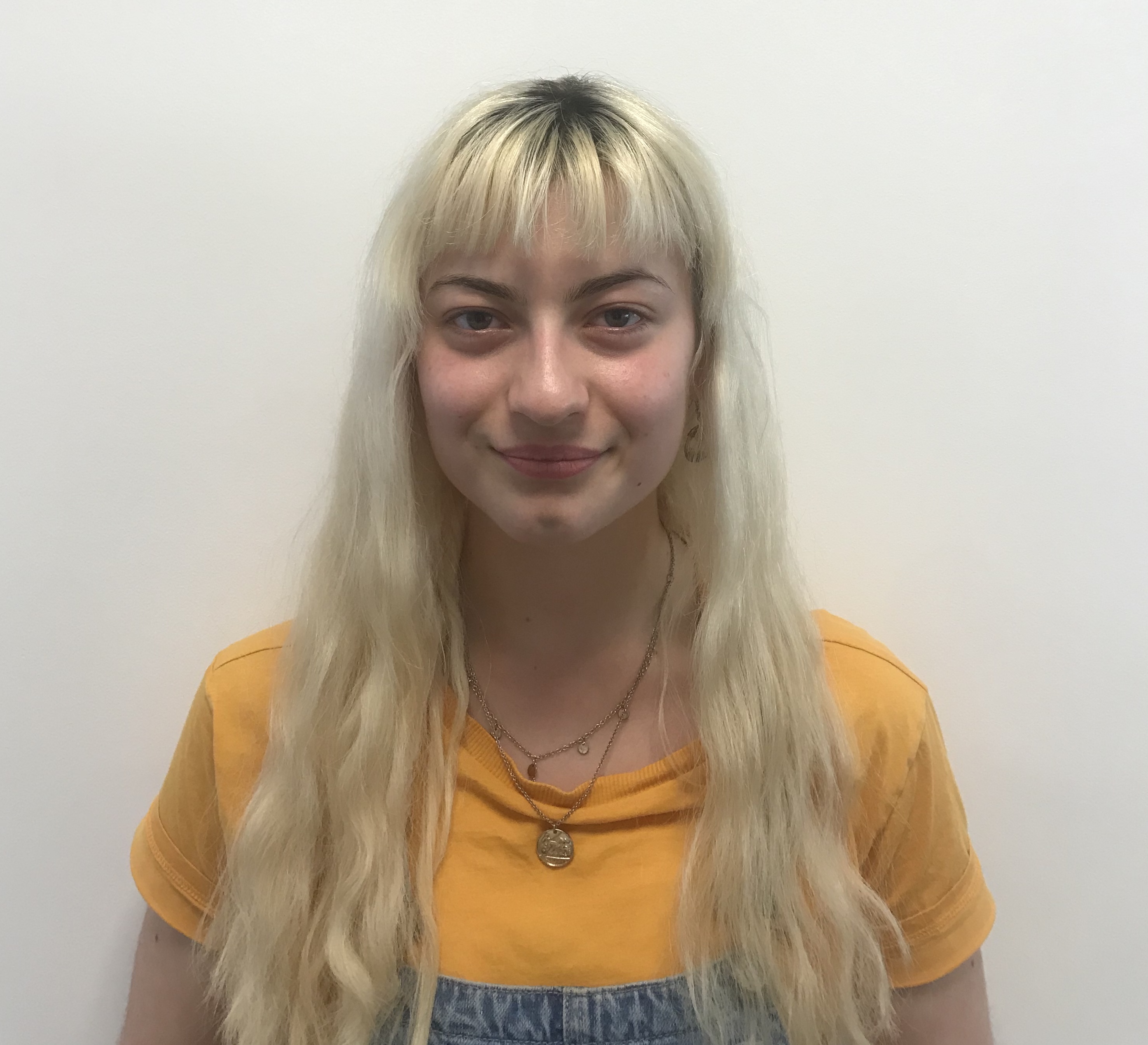 5 Teen Activists In The UK Who Are Changing The World

Because you’re never too young to start saving the world.

Why Global Citizens Should Care
Whether it’s climate action or tackling period poverty, there are inspirational young activists all over the UK fighting to make progress on the UN’s Global Goals. All these issues are connected to ending extreme poverty around the world — and if we’re going to achieve that ambitious objective, we’re going to need these heroes leading from the front. Join the movement here to take action now in support of the Global Goals.

“Can you hear me?” Greta Thunberg asked UK leaders on April 23. “Are you listening?”

These are not rhetorical questions. In just nine months, Thunberg has been transformed from a solitary figure sitting outside the Swedish parliament in Stockholm to the mouthpiece for the global fight against climate change.

But while political leaders are still waking up, young people have already heard her voice — and responded. Teen activists are tackling topics like civil rights and climate change.

The “Greta effect” is sweeping the globe as we see unprecedented numbers of incredible young activists furiously speaking up for what they believe in. In the words of 16-year-old Bella Lack: “The greatest danger to our future is apathy.”

From fighting global warming and plastic pollution to speaking up for LGBTQ+ and womens’ rights, here are five young British activists that have shown us we can all make a difference.

“I can’t enforce people to take action,” Bella Lack told climate protesters at the Zero Hour march on July 21, 2018. “But I can tell them that if in 30 years time we haven’t acted on this [climate] issue, we will look back to today and — as we stand on a ruined and uninhabitable planet — we will wish that we took action before it was too late.”

Lack was just 15 when she made this speech, and embodies a striking voice of reason in a world seemingly devoid of concern for what many ecologists are calling the sixth mass extinction.

Now 16, with over 150,000 followers on social media, Lack is an inspiring example of the power of speaking up for what you believe in. After five years of activism, she is now a youth ambassador for an impressive number of organisations, including the Born Free Foundation, RSPCA, Save the Asian Elephants, and the Ivory Alliance —and has spoken at multiple conferences attended by world leaders and influential decision makers.

Despite having to balance her climate activism around her schoolwork and GCSE exams, Lack continues to campaign tirelessly to protect animal rights too, even producing a documentary about the dangers of deforestation connected to palm oil production.

She calls for all young people to reconnect with nature and take protecting the environment into their own hands before it’s too late.

“Young people entrust adults with the responsibility to make mature and effective decisions,” she said at the Illegal Wildlife Trade Conference in October last year. “Currently, that trust is being betrayed.”

Today the British government will announce that English secondary schools will get free period products — and it's all thanks to incredible 19-year-old activist @AmikaGeorge 🙌🙌 #FreePeriods#SpringStatement@PhilipHammondUKpic.twitter.com/2VZhWcCFCH

Sometimes it feels like the only thing schools teach us about periods is how to hide a tampon up your sleeve.

Perhaps that’s why so many people aren’t aware that 1 in 10 girls can’t afford menstrual products in the UK. Period poverty is a pressing issue impacting educational access — indeed, 49% of girls and young women aged 14 to 21 in Britain have missed an entire day of school because of their period, according to research from Plan International UK in 2017.

And 19-year-old Amika George isn’t having any of it.

“Periods are seen as a women’s issue, so men don’t feel they need to be informed or involved in the conversation,” George told TIME magazine. “It should be seen as an issue, as opposed to specifically a women’s issue.”

She believes – brace yourself – that menstrual care is a basic human right, and that sanitary products should be available in all schools, to all children who need them.

That’s why, at the age of 17, she started #FreePeriods, a campaign to end period poverty in the UK. What started as a petition with just 10 signatures has exploded into an online movement with almost 300,000 supporters and £25,000 in donations so far.

In response to her campaign, the UK government pledged on March 9, 2019, to provide free menstrual products to all secondary schools and colleges across England. George has now received global recognition for her campaigning work and was recently recognised by TIME magazine as one of the 25 most influential teenagers in the world.

“We hold so much power as girls, and as young people … we need to harness that and give girls the confidence to start shaping their world,” she told Good Housekeeping.

WE DID IT!!!!! 271,000 of you signed the petition, 2,000 of you protested. Today, the government has just pledged to end #periodpoverty by pledging FREE MENSTRUAL PRODUCTS in all secondary schools! #FreePeriods ♥️ https://t.co/dNx2GR1PEX

I think we can all agree that plastic pollution is bad, right? But how many of us have gone and founded an award-winning charity to stop it?

Sisters Amy and Ella Meek from Nottingham have done just that. Inspired in 2016 by Bye Bye Plastic Bags, a youth movement in Bali that aims to rid the world of plastic bags, they created Kids Against Plastic with the goal of collecting 100,000 pieces of single-use plastic — one for every sea mammal killed by plastic waste each year.

What started as a home-school project has since become an award-winning charity, and the sisters — who are both British #IWill ambassadors for youth social action — are now campaigning to get single-use plastic bottles off the shelves of every UK supermarket.

"Being children, we have a larger impact because you're not used to seeing kids campaigning about environmental issues," Amy Meek told the BBC.

“Often, councillors and politicians are surprised to hear two schoolgirls stand up and talk to them — young voices get their attention and that has a powerful impact,” she said later to the Guardian.

UK Prime Minister Theresa May has hailed Amy and Ella as a “fantastic example of how young people can lead vital efforts to protect the environment from plastic pollution,” which has only motivated these prodigious sisters to continue their vital work against plastic pollution.

“Kids can have a really powerful voice when they find something they are passionate about — but the key is to be educated about it in the first place,” Amy added in an interview with the Guardian.

OK, so she’s not technically a teenager anymore, but 20-year-old Ellen Jones from London — an award winning campaigner, speaker, and writer on LGBTQ+, feminist, autism, and mental health issues — more than deserves a place on this list.

Jones, who has also recently been diagnosed with autism and bipolar disorder, endured isolation, cyberbullying, and death threats after coming out as a lesbian at 14.

“Having your identity wrapped up in trauma is really complex,” she wrote in Cosmopolitan on May 24.

In response to an expectation she felt to educate her peers, Jones began making YouTube videos discussing LGBTQ+ issues in 2012.

We've had the most wonderful day at #PrideInLondon, talking to the most amazing, beautiful humans about what the celebration means to them.

Here's what they said. Wait until the end, it's worth it we promise! 🌈🌈 #PrideLondon2019#LondonPride2019@PrideInLondon@MissGemCollinspic.twitter.com/UwOTZVuliL

Seven years later, she has been featured by the Observer magazine as one of the most prominent youth activists across the UK and US; named as Stonewall’s 2017 Young Campaigner of the Year; and won the first-ever MTV EMA’s Generation Change Award.

She also conducts talks all over the country, including at Cambridge University, the British Film Institute, and on the Guilty Feminist podcast.

She produces a podcast called Never Read the Comments, writes a popular newsletter titled Reasons to Keep Going and runs Queeries, an educational YouTube series in which she answer questions about LGBTQ+ issues with weekly guests.

At a time when hate crimes against LGBTQ+ people in the UK have more than doubled in the past five years, Jones’ work is vital in helping us educate ourselves about the LGTBQ+ community and the struggles they face on a daily basis.