Why Global Citizens Should Care
One of the UN's Global Goals focuses on ensuring that everyone can access education — and this is particularly an issue that impacts girls and women. Unplanned pregnancy is a serious obstacle for teenage girls, and it can often mean an end to their schooling. Here, filmmaker Justin Spray discusses his efforts to support a community in Tanzania tell their story Join the movement by taking action for UN Global Goal 4 for education here.

Earlier this month, I sat in the final presentation at the Women Deliver conference in Vancouver as Katja Iverson, CEO, presented us all with a challenge: how will we use our power?

A theme of the conference was that we all have the power to instigate change. For some of us it may only be small amounts of power, but we can all use this to make a difference in our communities.

This is a question that I have asked myself many times over the last 18 months. I’m a volunteer filmmaker for the development charity, VSO, currently working in Tanzania to create films that communicate the impact of the organisation’s work.

I’m part of a trade — charity filmmakers — that has been challenged over the last few years to look at how we portray the world we are seeking to support.

Comic Relief’s approach received criticism earlier this year for broadcasting a film featuring celebrity and documentary maker, Stacey Dooley. And in 2017 Ed Sheeran’s film for Comic Relief received a "Rusty Radiator" award, given to the "most offensive and stereotypical fundraising video of the year".

Speaking to the House of Commons International Development Committee a few weeks ago, the founder of Comic Relief, Richard Curtis, set out the dilemma as he sees it.

“What I'm searching for year by year is new ways of telling the stories,” he said. “Traditionally, the sadder the film, the more money it makes. But I'm sure there must be a solution where you show such radiant joy and success that that would encourage you to give more money.”

Curtis has committed to moving away from celebrity-led films, but I think the issue is deeper than that.

VSO’s approach to development is to be led by the communities it seeks to support, so when I was recruited to make films for them last year, it felt quite natural that this should be the approach I adopted in making films. 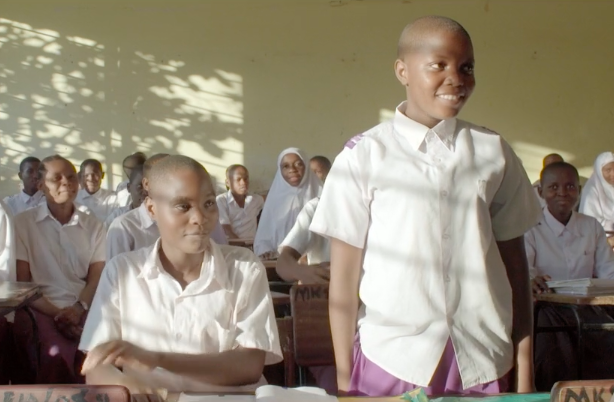 I quickly appreciated why so many films we see about the global south feature people from the global north speaking on behalf of those they support, with a few cutaways to a classroom or apparently poor people standing in groups staring at the camera.

It’s much easier to do it that way and often very difficult to do it in any other way. This is especially true when a film crew is flown in for a few days, does not speak the local language, and has to capture a story as quickly as possible before being flown out again.

Having the luxury of being a volunteer working with a community for several months changes everything.

I have been fortunate to be able to slowly discover the stories of the primary actors – those that benefit from the work that VSO undertakes. I think the label is very instructive. While traditional fundraising and awareness-raising films often unintentionally present people as passive recipients of support, the reality, of course is that we all seek to be agents of our own destiny.

As well as being a filmmaker, I am a chartered psychologist. If my profession has taught me nothing else, it has shown me that we all seek to be actors not audiences in our own lives.

But if we are not given a voice, and are simply observed, it is easy for people to see us as having no agency.

And so we have resolutely sought to provide people with a voice. Sometimes this is messy. It’s always complex.

Perhaps when we are making films, we are not told not what want to hear, like Issa’s story. Issa is from the island of Pemba off the coast of Tanzania. He wanted to re-enact on film an incident when he was attacked by a neighbour with a machete over a bunch of bananas.

It’s not a comfortable film and not one I would have ever have had the idea to make to promote a farming project, but Isaa wanted people to know how he had grown following the incident that left him with only one arm. 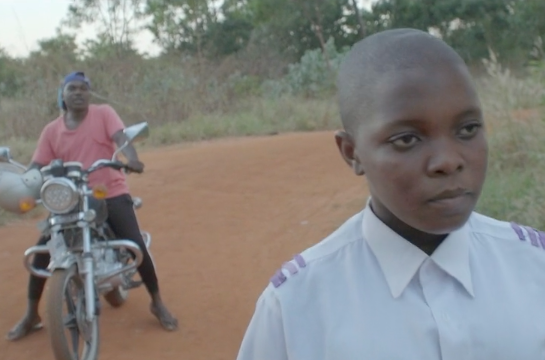 He now trains other farmers to produce greater crop yields, and his farming cooperative was supported by VSO. He’s thankful for that but it was his agency that made it happen.

We also know that stories engage us in a way that facts can’t.

Aristotle in his ancient Greek text Rhetoric taught us long ago that by combining logic and emotion, the audience are more engaged and so are more likely to react to what they are presented with.

While many awareness films seek to tell us what is happening in a project, community, or country, they often fail to convey why we should care.

My attendance at Women Deliver was to present a film, Tabu, I made with a community in Lindi, southern Tanzania. The focus of a VSO project there is on unplanned pregnancy among girls and young women.

A local volunteer group decided that they wanted to make a film with their community so that they could take their messages to a wider audience.

Volunteers gathered testimony from young women and together we made a short film.

The difference for this film was that we took a bold step to make a fiction. We filmed in the streets, homes and schools of Lindi — the cast and cast and crew was drawn from teachers, students, bus drivers, an entire village. 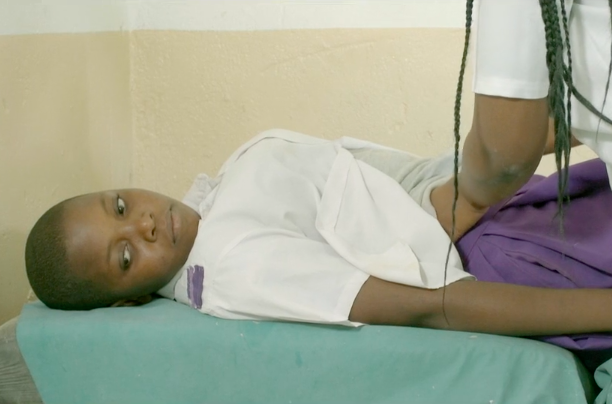 I was the only member of the team with any experience in filmmaking. It wasn’t easy. A more experienced team filming in the UK where I typically work would have found it demanding, but the difference here was that the story was their story and they wanted people to know about it.

They want to be heard. So they pushed themselves to learn how to use the equipment, to find locations, to stretch themselves in acting roles.

I think the film they created is very powerful.

After we screened it for the first time, Mwaiija Mohammed, the young woman who plays the lead character in the film, expressed her excitement and disbelief.

“For real, I felt so excited,” she told me. “I felt like I had accomplished a dream because I never believed the film would be shown to the community. I thought it was just a joke, but then in the end the film was even shown to a government minister.”

It has some difficult images and the themes of exclusion from school following pregnancy are challenging.

But they are the reality the community chose to convey and, crucially, they wanted to tell the world what they are doing about it, how they are changing the narrative.

As a fiction piece it moves audiences in a way that a factual piece setting out the data would struggle to do.

We screened the film to an invited audience of leaders in Dar es Salaam, the main city in Tanzania, on a huge screen we had built. 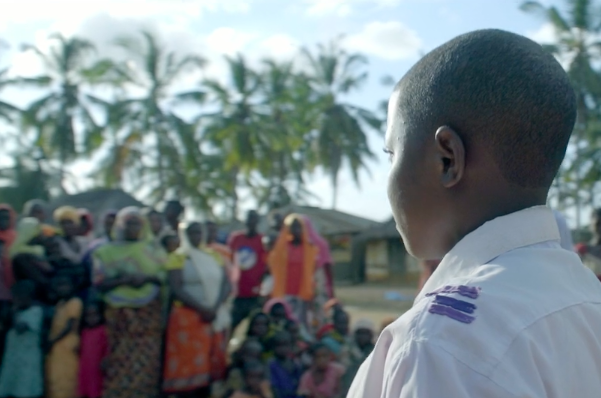 Some of the audience members shed a tear as they watched the film. The lives of rural girls had been brought much closer to the urban decision makers.

After the credits rolled, Mwaija took her place at the front of the audience. The hairs on my arms stood up as this young woman who months before had said she had never seen a film, addressed government ministers and NGO heads about the realities of pursuing an education as a girl in rural Tanzania.

Mwaija had seized the opportunity to ensure her voice was heard. Afterwards she said how proud she felt to have had the confidence to speak up in front of a minister.

Which brings me back to how I use my power. I’m a white man from the UK, 51 years old. I have asked myself if it is even appropriate for me to be making films in the global south about the challenges faced there.

It’s not a perfect way forward and as I develop the skills of local filmmakers to create their own films, I hope that I will be able to step back from the work.

In the meantime I believe that these films continue to be an important way to connect audiences with important subject matter, and I aim to continue to use my power to provide a voice to people who otherwise may never be heard.

If I can do that even a little bit then I hope I’m using my privileges wisely.