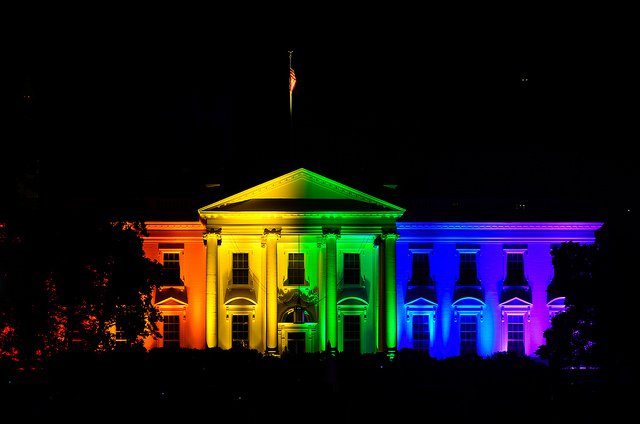 The 7% figure is representative of young people overall. Among lesbian, gay, and bisexual teens, suicide attempts fell by 14%.

Read More: Stars Speak Out Against Anti-LGBTQ Bills in Texas

“Gay, lesbian, and bisexual populations experience a range of health disparities and this is particularly true for adolescents,” Julia Raifman, Johns Hopkins Postdoctoral Fellow and lead author of the study said. “Lesbian, gay and bisexual adolescents are nearly five times more likely to commit suicide than their heterosexual peers.”

“These large disparities across domains of health suggests that structural stigma against minorities may be playing a role in health disparities,” she said.

According to the Centers for Disease Control, suicide is the second leading cause of death among American adolescents between the ages of 15 and 24 years. In that age range, there are 100-200 suicide attempts for every death.

Read More: Powerful KissCam Ad Is Like No Other KissCam You’ve Seen Before

The study focused on states individually to isolate the effects of same-sex marriage policies on suicide attempts. The method also accounts for cultural and political differences that make some states more likely to pass marriage-equality laws.

For instance, in the wake of Obergefell v. Hodges, legislators in 22 different states attempted to pass more than 100 different anti-LGBT bills. Provisions include allowing businesses to deny service based on religion and “bathroom bills” that require individuals to use public restrooms that coincide with their birth certificate.

In terms of laws protecting the LGBT community, only 15 states currently have laws that address discrimination against students based on sexual orientation (14 of which also address gender identity).

Read More: Nike Release a Stirring Ad on Equality That You Need to See

The future of the legality of same-sex marriage is far from certain in the United States as it’s unclear how Supreme Court nominee Neil Gorsuch will rule on gay rights issues. What is known, however, is that he reveres the late justice Antonin Scalia, who wrote the dissent on Obergefell v. Hodges. As a result, many fear the landmark court case could be overturned and gay marriage could be left to the states.

Same-sex marriage is currently legal in 35 states. We can only hope state legislators in the other 15 read this study. Thousands of teenagers’ lives depend on it.