A mission to teach ALL children STEM skills

Why STEM education is vital for African development. 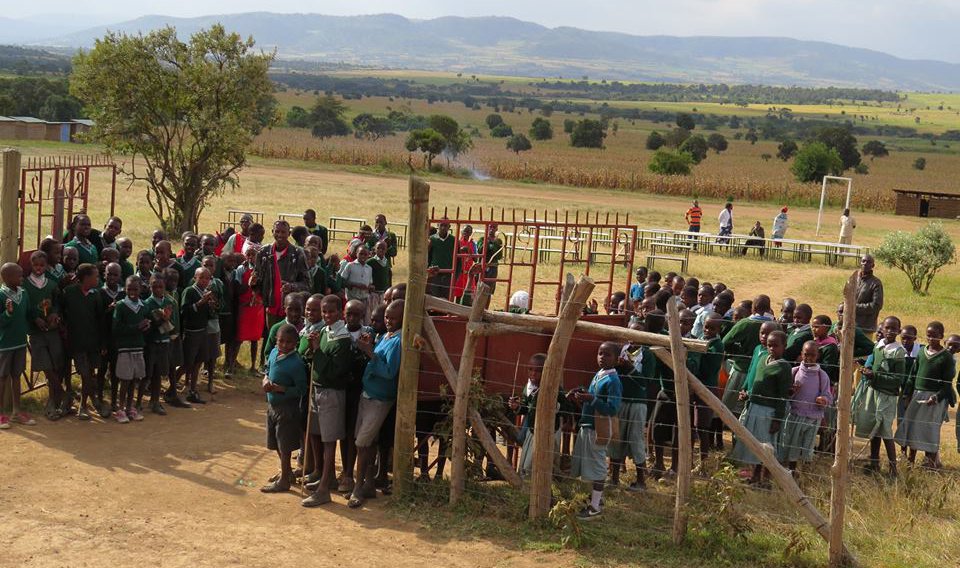 After spending countless hours crunching code into their computers, students in West Africa maneuvered their robots through a series of tests at the second annual Pan-African Robotics Competition.

For five days in Dakar, Senegal, teams of boys and girls from sixth grade to high school participated in the STEM competition. One participating team included an all-girls school, Mariama Bâ de Gorée School, managed to navigate the maze, rounding every corner and hitting every required flag with their robot.

The event was organized by Sidy Ndao, a Senegalese-born engineering professor at the University of Nebraska-Lincoln, who is on a mission to bring STEM — science, technology, engineering and math — skills to students in West Africa.

According to the US Department of Education, ensuring that all students have access to high-quality learning opportunities in STEM subjects is a priority. The Huffington Post reported that the US invests billions in STEM education and domestic workforce development annually, knowing that more than 70 percent of domestic and international jobs will require STEM skills.

The same is true in countries around the world, including Senegal, according to Dr. Ndao.

The International Labour Organization reported that between 2000 and 2008, Africa created 73 million jobs, but only 16 million for young people between ages 15 and 24. Subsequently, many young Africans are unemployed or underemployed working informal jobs with low productivity and pay. One way out of this low wage cycle is through learning STEM skills, which can additionally enhance contributions all around to the African economy.

Dr. Ndao told The New York Times that incorporating STEM education can help set a course to improve everything from sanitation systems to agriculture and can create jobs in a place with heavy unemployment.

The Mariama Bâ de Gorée School is recognized as one of the best math schools in Senegal, so emphasis in the STEM field is already in place. However, many schools outside of Dakar lack access to electricity, making it more difficult to teach these skills to the broader community. In instances like this, students are taught rote memorization rather than contextual learning, so students aren’t able to connect these theories with real-life experiences.

What an exciting Day1 of Pan-African Robotics Competition, #parc2016pic.twitter.com/brix2J0y5r

“We have kids brought in from math and science schools, and when they see an airplane flying, they think it’s magic,” Dr. Ndao said. “But if you give them any math problem, they can solve it.”

Dr. Ndao wants to use his education to help West African children understand how math and science can improve their country, so he enlisted the University of Nebraska to assist in sponsoring the competition.

Government officials and entrepreneurs are in favor of improving STEM education. By doing this, significant improvements can be made for the economy, job markets and the state of education for children in Senegal.

African employers can expect to have thousands of job openings requiring basic STEM literacy, and more people will need advanced STEM knowledge to fill these expanding roles. Unfortunately, many African governments face a major obstacle in promoting STEM education: many individuals are not qualified in these subjects.

Even in traditionally tech-free fields like farming, STEM has a big role to play. As global warming has more impact on that state of African farming, an increase in STEM technology could help the agricultural sector. Students from the conference are already working on solutions.

With #parc2016 in Dakar/Senegal, we continue to inspire future African Engineers & Scientists. pic.twitter.com/7YA967VUS0

Students at the Pan-African Robotics Competition built their own robots from kits, learned how to program them and created models of “futuristic farms” that their robots would work well in. For example, one team created a robot with a fan that could cool down crops in extreme heat temperatures, while another team used their robot to pick weeds.

Joanna Kengmeni, one of the students at the competition, said in an interview with The New York Times, “We can change our future if we learn more about technology.”